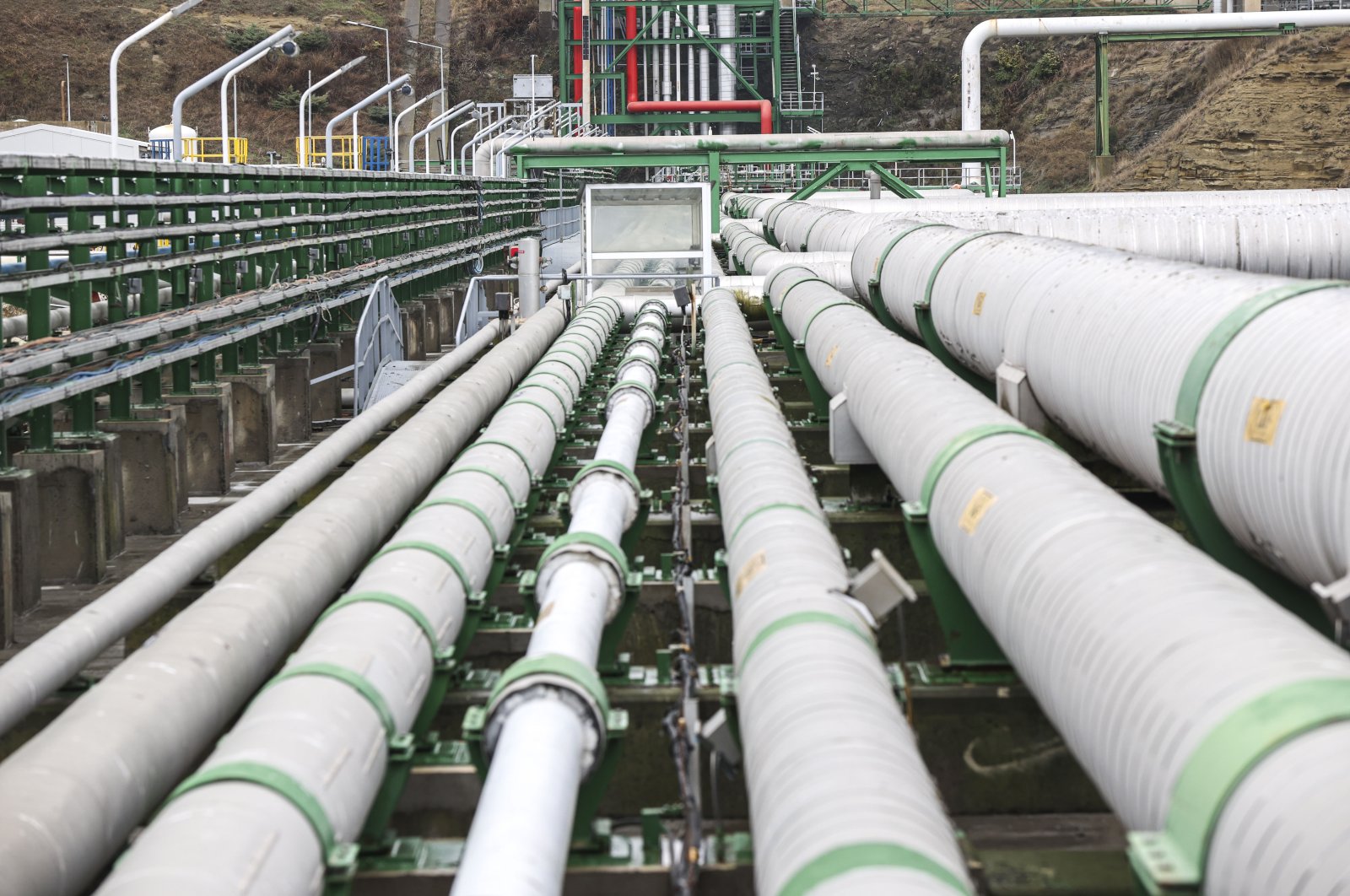 With the increase in gas consumption during the winter season, operations at Turkey's liquefied natural gas (LNG) import terminal and the country's biggest underground natural gas storage facility have intensified.

Anadolu Agency (AA) viewed the work at the first and biggest underground natural gas storage facility in Turkey located in Silivri, Istanbul and the Marmara Ereğlisi LNG Import Terminal in Tekirdağ in the Thrace region.

These facilities play an important role in securing gas supply through pipelines and LNG cargos for a country that is highly dependent on energy imports.

Turkey's consumption is expected to reach a record volume of 60 billion cubic meters (bcm) this year due to increased gas usage in power plants while also replacing lower output from drought-impacted hydro plants.

The LNG terminal is now tripling its operations compared to the summer season, with the processing of up to eight to nine large LNG cargos per month to meet greater demand.

"We receive LNG cargo almost once every two days now. The terminal is quite busy in that regard," Erdinç Deli, the process manager at the terminal, said.

Deli explained that it takes around 16-17 hours to transfer the large LNG cargo of 170,000 cubic meters at the Marmara Ereğlisi LNG terminal to the storage tankers. The terminal meets 20% of Turkey's daily gas consumption.

Energy and Natural Resources Minister Fatih Dönmez also stated that the country is prepared for the winter.

“Our long-term natural gas contracts relieve us to a great extent. We have made extra agreements for additional demand. We will not have any problems in this regard,” he said during a broadcast on CNN Türk.

“At the beginning of the year, we estimated the total consumption of this year as 50-51 bcm. There was an additional demand of 10 bcm. We will probably end this year with 58 to 60 bcm of consumption. We provided this supply, mostly from LNG, by making additional contracts from the spot markets,” he said.

Referring to the price increase in global energy markets, he said that the prices may ease with the end of the winter season.

The Silivri gas storage facility meets around 10% of the country's current gas demand.

However, the facility could provide up to 28 million cubic meters to the country's national gas transmission system.

"In total, the facility has a storage capacity of 3.1 bcm per year," Erkan Akbaş, the operating manager at the facility, said.

The construction of a 4.2-megawatt wind turbine before the end of the first half of 2022 aims to meet the power demand of the storage facility.