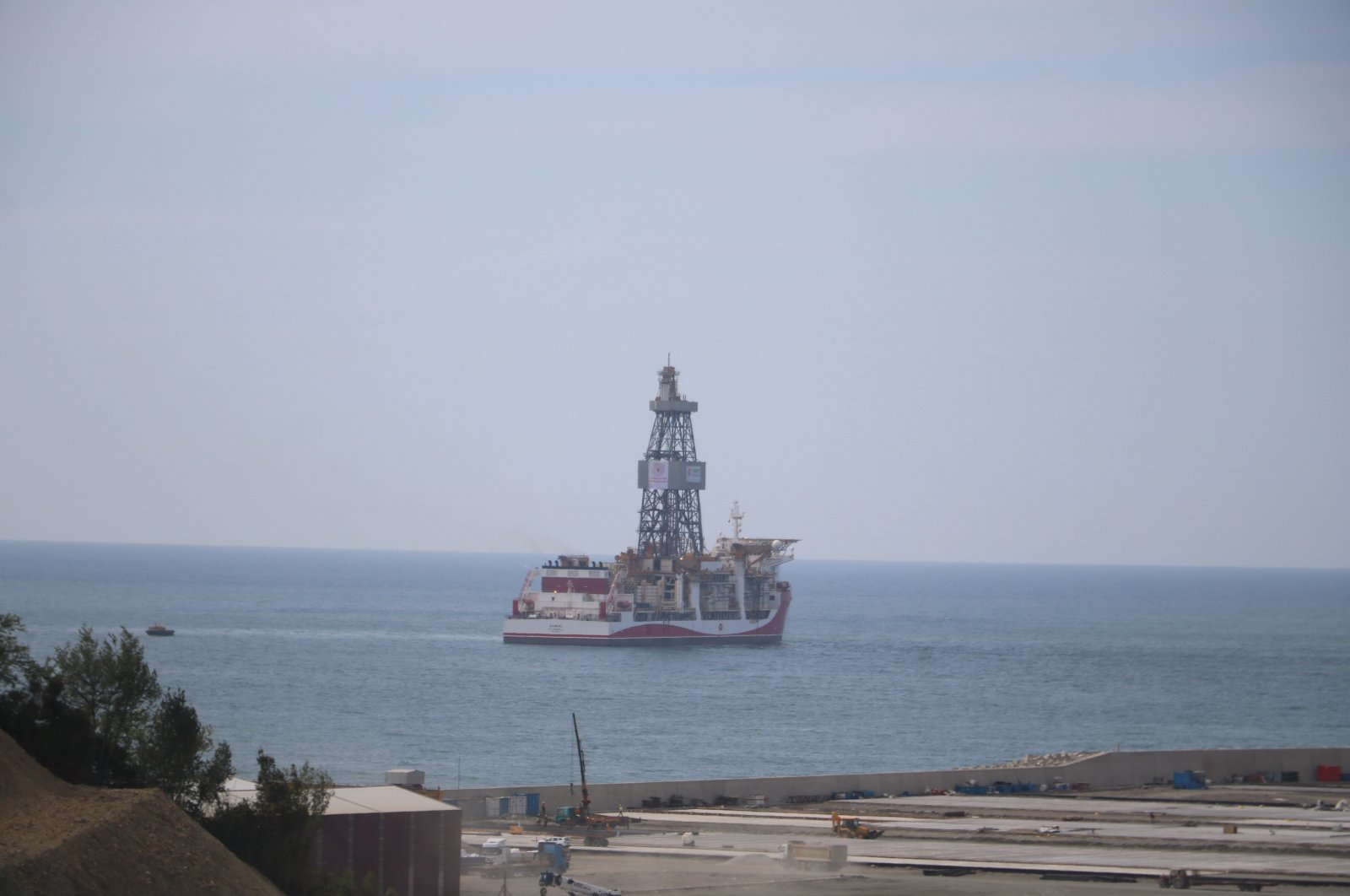 Turkey’s third drilling ship has set out on a journey to complete and test wells in the Black Sea’s Sakarya gas field, home to the country's largest-ever natural gas discovery.

Kanuni, which joined the fleet last year, on Tuesday departed from the Port of Filyos in northern Zonguldak where it underwent maintenance works after it set sail from Istanbul in mid-November.

“Kanuni has set sail in the Black Sea for its first mission,” Energy and Natural Resources Minister Fatih Dönmez said.

“Our vessel, which will conduct its first drilling at the Sakarya gas field, will conduct deep-sea well tests at the Türkali-2 well,” Dönmez said on Twitter.

The minister last month said the tests would be initially carried out in the Türkali-2 well, where the country’s first drillship, Fatih, completed drilling operations in late March.

It will be followed by the Türkali-1 and Tuna-1 wells, located about 100 nautical miles (185 kilometers) north of Turkey’s Black Sea coast.

Fatih carried out drillings at all three wells and Kanuni will be performing completion works and testing the boreholes.

Approximately 10 wells in the Sakarya gas field are expected to be drilled in the first phase over the next two years, each at a diameter of 2 kilometers (1.24 miles).

Completion and testing of the 10 wells will be completed by Kanuni.

The first gas production from the field will start in 2023, to be delivered to Filyos through an estimated 150-kilometer-long subsea pipeline which will be constructed by Turkey.

It will run from the field to the shore where it will connect to the national gas grid.

The field is expected to gradually increase to reach a production plateau of around 15 bcm as of 2025, which is sufficient to meet 30% of the country’s annual gas demand.

Turkey plans to complete the drilling of 40 production wells by 2028.

The reserve is expected to lessen the country’s dependence on Russia, Iran and Azerbaijan for energy imports.

Turkey meets most of its natural gas needs through imports. The discovery is expected to significantly slash the import bill, which totals around $12 billion (TL 97.46 billion) annually.

Barbaros Hayreddin Paşa seismic vessel also arrived in recent days and anchored at the Port of Filyos where it will undergo maintenance works.

It is one of the two seismic vessels in the fleet along with Oruç Reis. Both have long been on duty conducting energy exploration activities in the Mediterranean. The Yavuz drillship has also been operating in the Eastern Mediterranean.