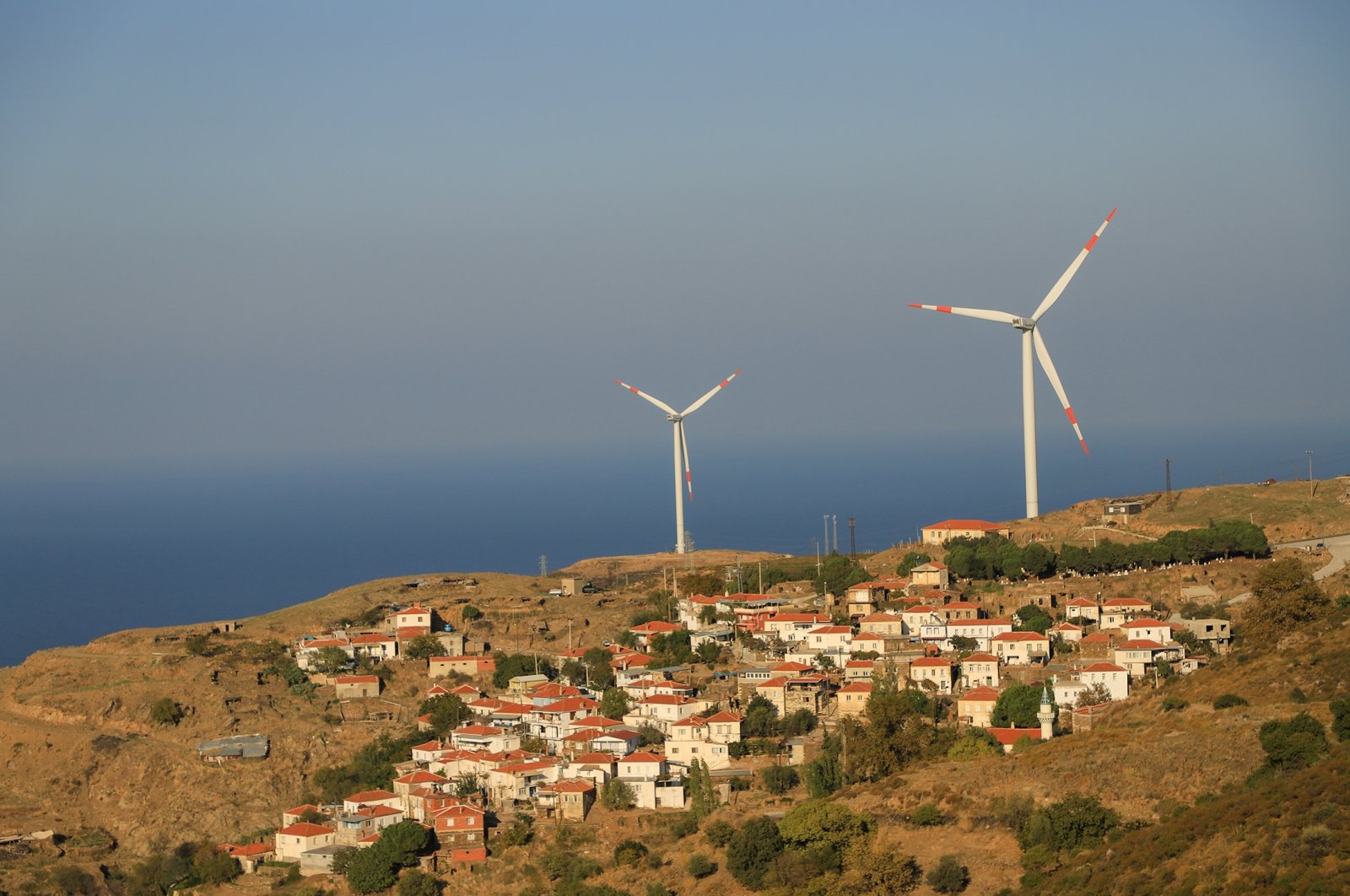 Turkey's installed wind energy capacity has reached 10,010 megawatts (MW) as of Aug. 8, according to data from Turkey's Electricity Transmission Corporation (TEIAŞ) on Tuesday.

The 10,00 MW threshold of installed wind energy, although a major milestone in the country's green energy push, still falls behind hydroelectricity, which is currently the leader in Turkey's clean energy installed power.

Turkey has prioritized the security of its energy supply as one of the central pillars of its energy strategy, leading to efforts to boost investments in the clean energy sector.

Turkey has seen considerable diversification of its energy mix in the past decade, in particular through the growth of renewable electricity generation.

In the January to July period of this year, wind power met around 9% of total electricity generation, and it is estimated that it replaces nearly $1 billion worth of natural gas imports.

Growth in this sector has already seen Turkey become the fifth-biggest equipment producer in Europe last year. And this growth has also helped Turkey expand its exports to 45 countries on six continents.

Turkey ranked among the top five European countries that invested the most in wind energy with its over 1 billion euros ($1.17 billion) of land wind energy investments in 2020, according to WindEurope, the association that advocates for wind energy in Europe and around the globe.

The implementation of new technologies along with financial backing and investments have helped the nation's wind energy sector’s installed capacity surge tenfold over the last 10 years.

Turkey ranked fifth in Europe last year in terms of its renewable power capacity growth, and it is predicted to add 22.2 gigawatts (GW) by 2025 to reach 66.8 GW, according to the International Energy Agency's (IEA) Renewables 2020 report.

With the exception of Istanbul, the majority of these locations with high wind energy capacity are in the Aegean region.