Turkish Petroleum applies to explore for oil in East Med 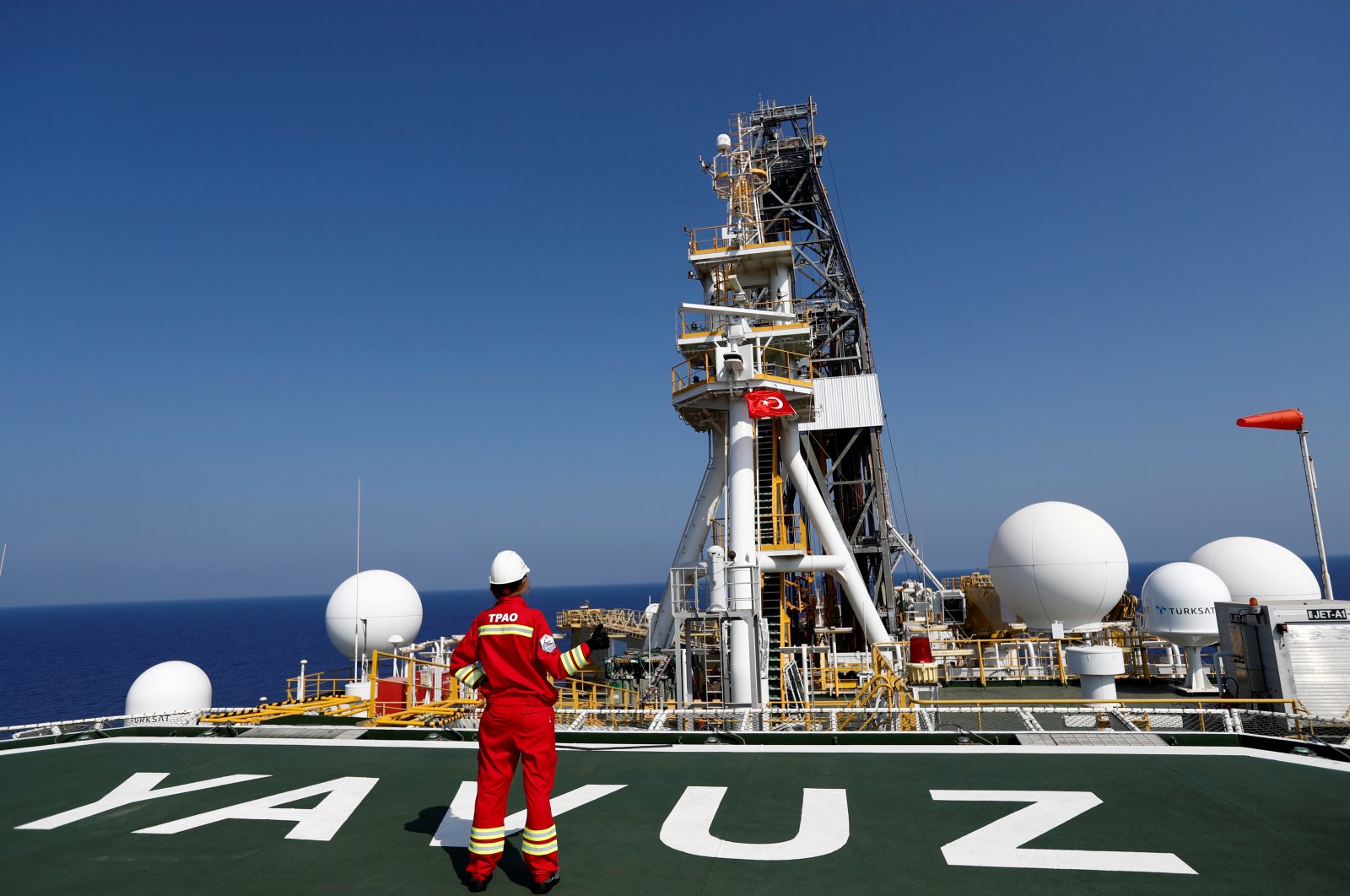 A Turkish Petroleum Corporation (TPAO) engineer poses on the helipad of Turkish drilling vessel Yavuz in the Eastern Mediterranean, Aug. 6, 2019. (Reuters Photo)
by DAILY SABAH WITH AGENCIES Jul 09, 2021 10:03 am
RECOMMENDED

Turkey’s state energy company has applied for a license to explore for crude oil in the Eastern Mediterranean, the Energy and Natural Resources Ministry said in a statement in the country's Official Gazette on Friday.

According to a map database, the three areas where the Turkish Petroleum Corporation (TPAO) plans to carry out the exploration are in Turkish territorial waters off the coast of Silifke in Mersin province.

TPAO’s application comes a week after President Recep Tayyip Erdoğan said Turkey would carry on exploring for oil and gas in the Eastern Mediterranean.

Turkey has been at odds with European Union members Greece and the Greek Cypriot administration over energy resources and jurisdiction in the region, and tensions flared last year when Turkish and Greek navy frigates escorted vessels exploring for hydrocarbons.

Turkey, which has the longest continental coastline in the Eastern Mediterranean, has rejected maritime boundary claims made by Greece and the Greek Cypriot administration, stressing that these excessive claims violate the sovereign rights of both Turkey and the Turkish Republic of Northern Cyprus (TRNC).

Erdoğan said Turkey had been receiving “signals of natural gas” in the Eastern Mediterranean and vowed to continue defending Turkey’s rights in the region.

“Whatever our rights are, we will take them one way or another. And we will carry out our oil exploration operations in the Eastern Mediterranean, Cyprus, and all those seas,” he said.

Meanwhile, Energy and Natural Resources Minister Fatih Dönmez in late May said Turkey may drill more boreholes in its search for gas in the Eastern Mediterranean.

Turkey has already opened eight boreholes in the region, the minister had said. While there were signs of natural gas, there had been no economically significant discovery.

“Our experts are checking data after each drill with the seismic data obtained previously. We could have several more drills close to the ones (boreholes) where we see signs of gas,” Dönmez noted.

“Time will tell, but we are hopeful. We evaluate that there is a potential,” he said.

Three of the eight opened boreholes are in the areas where Turkey was granted licenses from the TRNC, Dönmez said. “The others are in the areas of our own continental shelf. Seismic studies are also continuing,” Dönmez noted.

“We have our own rights and interests in accordance with international maritime law, and we will make no compromise.”