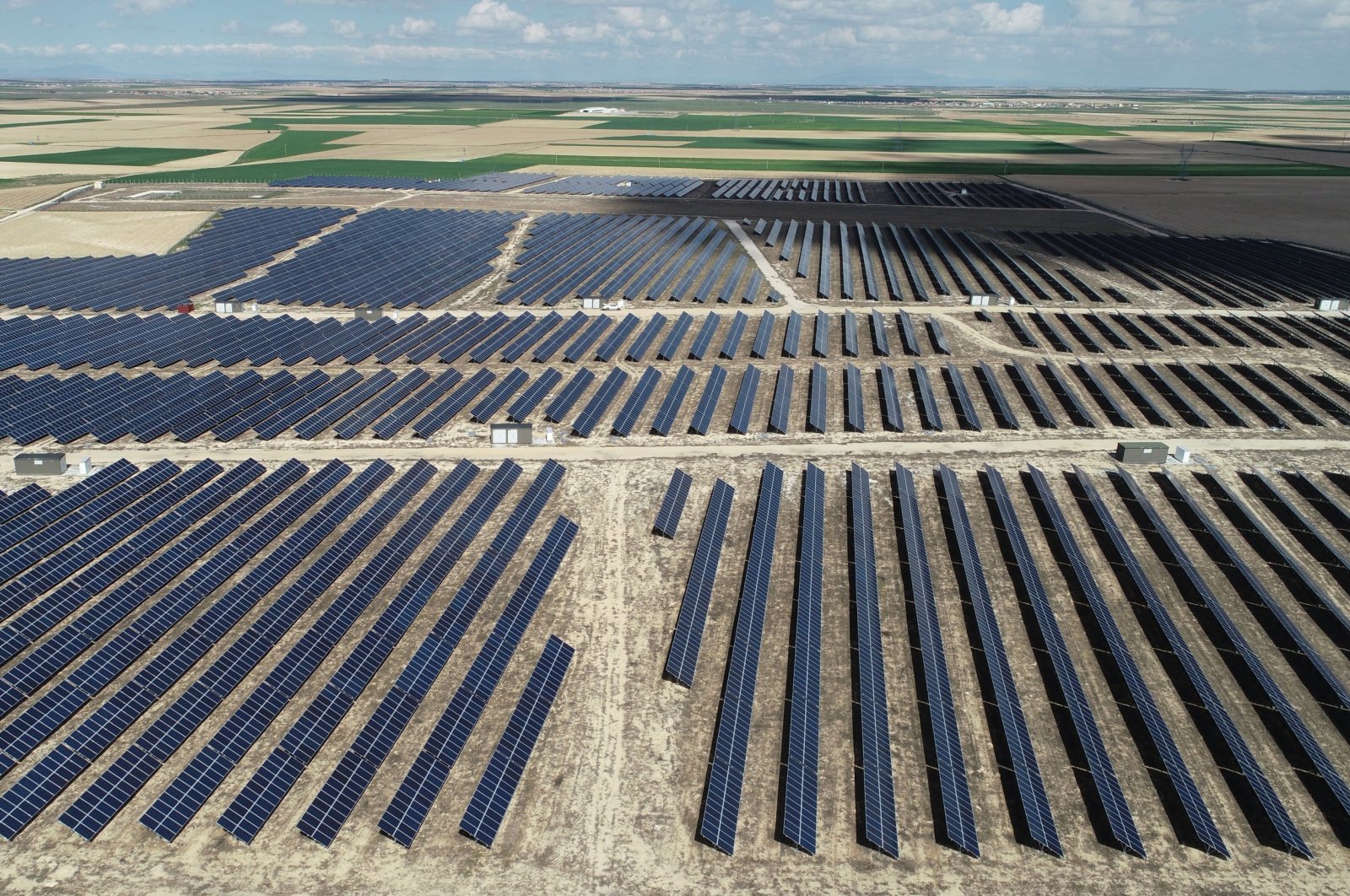 Britain's export credit agency UK Export Finance (UKEF) announced on Monday it would provide over 217 million British pounds ($291.04 million) of government backing for the construction of Turkey's largest solar facility, in its largest-ever guarantee for a solar project.

"With over 200 million pounds worth of backing, we are helping to bring solar energy to 2 million Turkish households," International Trade Secretary Anne-Marie Trevelyan said in the statement.

"UKEF's financing encourages other countries to invest in renewable energy and opens new markets for U.K. businesses that will power a recovery underpinned by green jobs."

A Kalyon-Hanwha consortium won the first solar energy Renewable Energy Resource Zones (YEKA) tender bid on March 20, 2017, for the construction of the plant in Karapınar at 6.99 cents per kilowatt-hour. However, Hanwha withdrew from the project and China Electronics Technology Group Corporation (CETC) stepped in to construct the facility.

The photovoltaic panels at the plant are produced by the Kalyon Solar Technologies Factory in Ankara, which was inaugurated on Aug. 10, 2020, by President Recep Tayyip Erdoğan. It is the first fully integrated solar panel production center in the world to gather all stages of solar panel production, including research and development (R&D), under a single roof.

The statement by UKEF added that the plant will prevent 1.5 million tons of carbon emissions annually and, by the end of 2022, increase the share of solar energy in Turkey's total energy production by 20%.

UKEF added that the plant would ultimately serve the needs of 2 million people.

UKEF is the U.K.'s export credit agency and a government department, working alongside the Department for International Trade as an integral part of its strategy and operations.

Although Turkey is among the countries with the highest solar power potential with around 7 1/2 hours of sunshine daily, its potential is still relatively untapped.

Turkey is trying to increase its output from renewables as the country is highly dependent on imported fossil fuels.

Compared to other renewable resources such as hydropower and wind, solar is one of the newest energy sources in the country in terms of installations, which began as unlicensed plants in 2013.

The first thermal solar capacity plant was built in Istanbul with a capacity of 500 kilowatts (KW) in 2013.

Capacity additions this year were expected to reach over 100%, sector representatives said earlier. The additions were forecast at 1,500 MW, compared to last year when just 672 MW were added due to disruptions in the global supply chain from the COVID-19 pandemic.