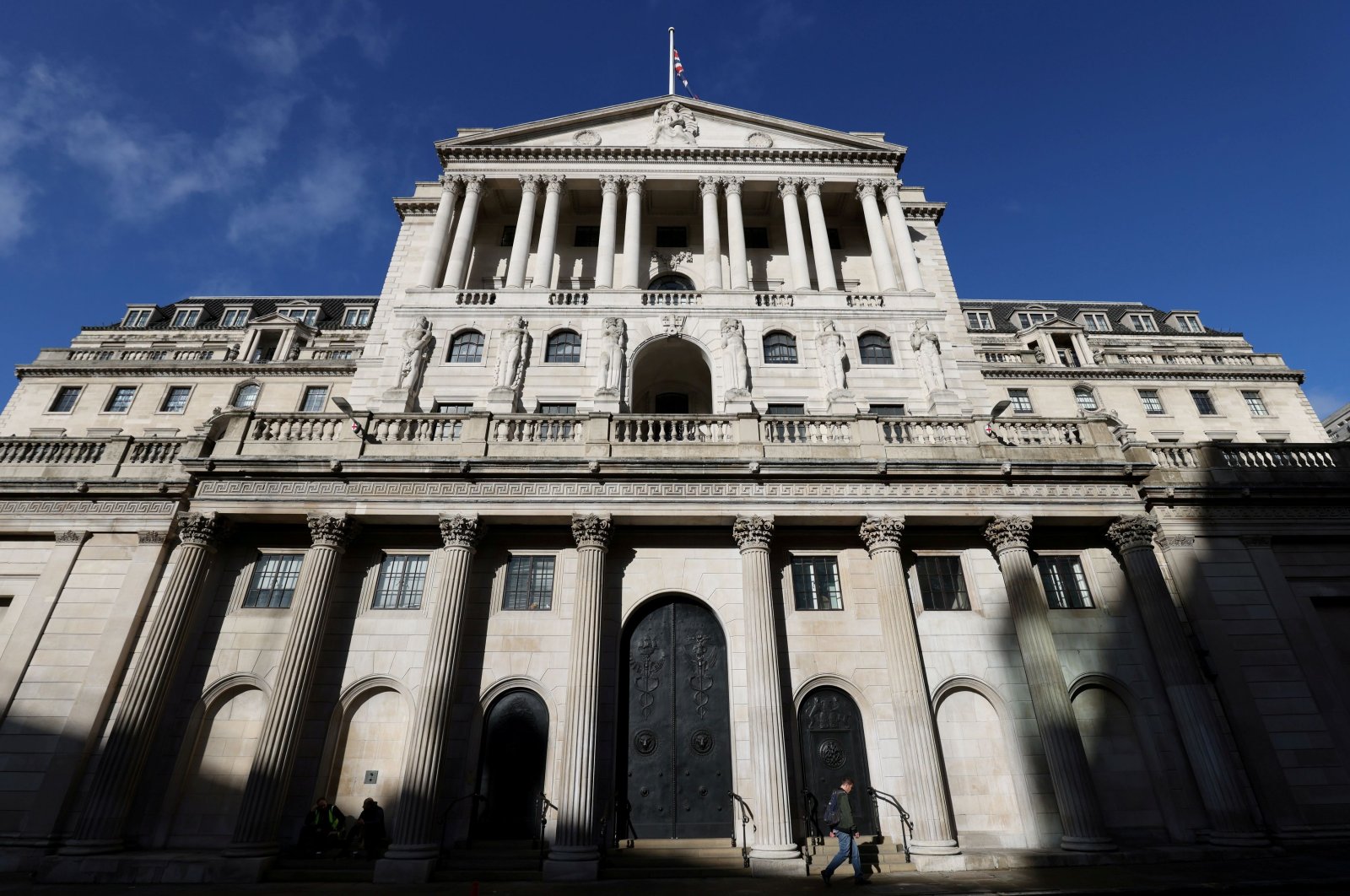 The Bank of England (BoE) held interest rates unchanged on Thursday, squashing market expectations for a hike that would have made it the first of the world's big central banks to raise borrowing costs after the COVID-19 pandemic.

The BoE kept alive the prospect of a move soon, saying it would probably have to raise its main interest rate from its all-time low of 0.1% "over coming months" if the economy performed as expected.

But seven of its nine policymakers voted to leave rates unchanged for now so they can see how many people are unemployed after the recent end of the government's job furlough scheme.

Governor Andrew Bailey said two scheduled labor market data releases between now and the BoE's next interest rate decision on Dec. 16 could clear up that uncertainty.

"But let me caution that by (saying) please do not therefore assume that I'm giving you a strong clue about anything," he told a news conference.

Investors responded to the BoE's announcement by putting a roughly 60% chance on a rate hike in December, much less than the 100% chance they had put on a hike at November's meeting.

Sterling fell against the United States dollar by the most in more than six weeks and British government bond prices leapt as investors were wrong-footed by the BoE's announcement.

Markets had been convinced that a rate hike was coming in November after Bailey spoke last month of the need to act to contain inflation expectations.

"The question is why has the governor sounded so hawkish over the last couple of months when in speech after speech he has clearly nudged market expectations higher," Paul O'Connor, head of the multi-asset team at Janus Henderson, said.

Bailey said he had never committed to action.

"It was a very clear warning and statement – but a conditional one – on what we had to do in that conditional world," he said, referring to comments he made on Oct. 17.

Thursday's announcement had been "a very close call," Bailey said.

The BoE's cautious approach comes a day after the U.S. Federal Reserve (Fed) said on Wednesday it would start scaling back its bond-buying program this month, a precursor to its first rate increase which investors expect in mid-2022.

The European Central Bank (ECB) has been more explicit about its determination to keep the stimulus flowing. Its President Christine Lagarde said on Wednesday that the ECB was very unlikely to raise rates next year.

On Thursday, the BoE said the MPC voted 6-3 to let its government bond-buying program reach its full size of 875 billion British pounds. Catherine Mann joined Ramsden and Saunders to scale back that part of the bank's stimulus program.

The BoE said most MPC members still thought "there was value in waiting" for data on the labor market.

Earlier on Thursday, Britain's statistics office said survey evidence showed most workers who were still on the furlough program when it closed at the end of September had returned to their employers on the same hours.

The MPC members who voted against a rate hike also noted a recent slowdown in consumer demand.

A Reuters poll last week showed economists had mostly expected a 6-3 vote in favor of keeping its main interest rate, known as the Bank Rate, on hold.

The BoE's new forecasts showed slower economic growth as bottlenecks in global supply chains continued in the near term.

The world's fifth-biggest economy was seen regaining its pre-pandemic size in the first quarter of 2022, three months later than previously thought.

Inflation was seen jumping to around 5% in April, driven mostly by surging global energy prices, before falling back to just below the BoE's 2% target in three years' time.

That projection was based on the BoE's usual practice of assuming that six-month energy futures prices stay unchanged for the rest of its three-year forecast period.

However, the BoE drew attention to an alternative scenario, which included a drop-off in prices in the second half of 2022 that has been factored into energy markets.

That scenario showed inflation was likely to be "materially lower" than its 2% target in 2023 and 2024, if interest rates also rose as fast as markets expect.

The inflation forecasts sent a signal to investors that they have been pricing in too many BoE rate hikes.

The rate pricing used by the bank showed Bank Rate hitting 1% by the end of 2022.

Bailey told investors not to count on rates rising as high as they have expected.