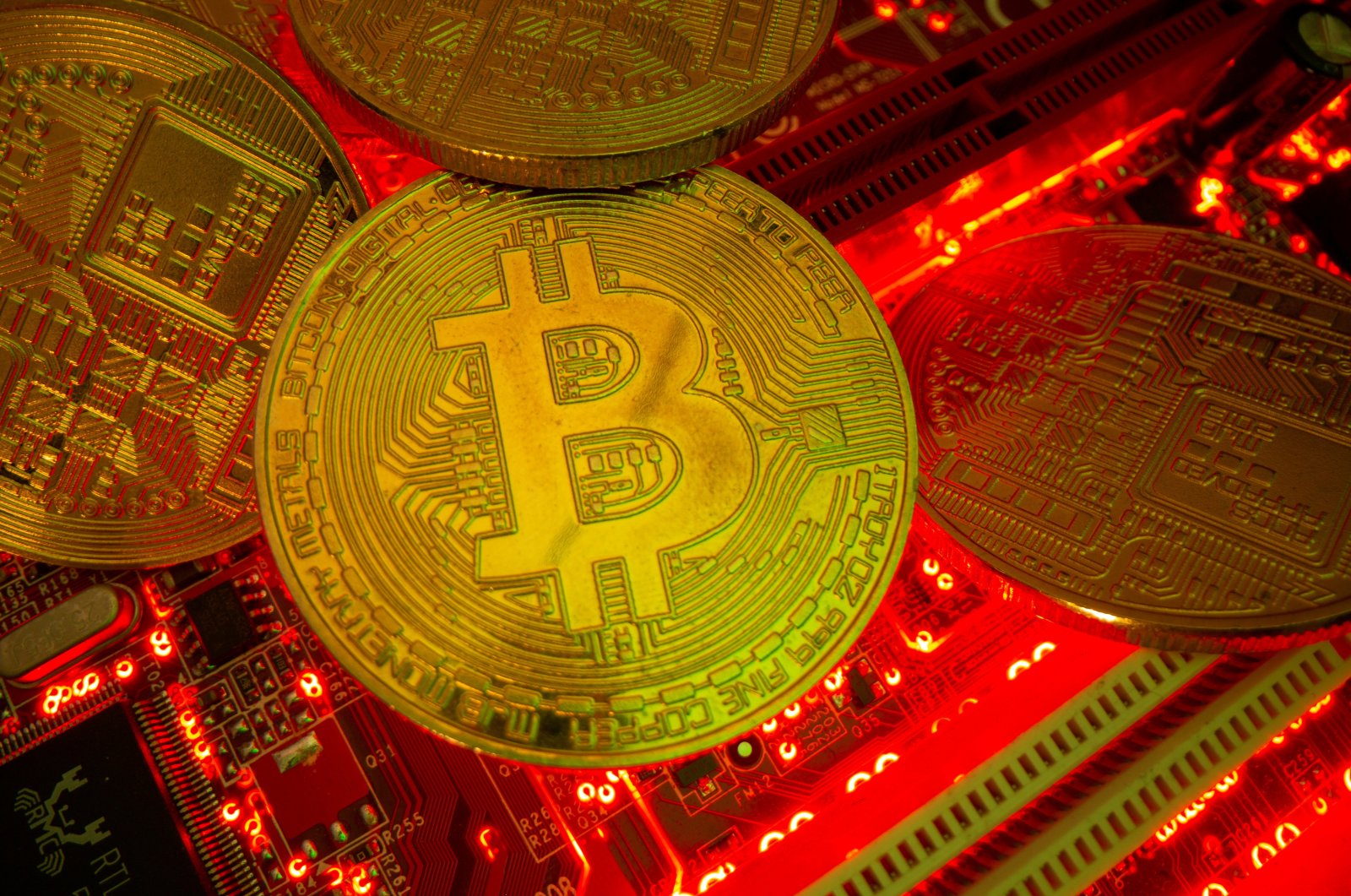 Representations of the virtual currency Bitcoin stand on a motherboard in this picture illustration taken May 20, 2021. (Reuters Photo)
by Agencies May 23, 2021 4:15 pm
RECOMMENDED

Bitcoin had been under pressure after a series of tweets last week by billionaire Tesla Chief Executive and cryptocurrency backer Elon Musk, chiefly his reversal on Tesla accepting bitcoin as payment.

In addition, on Friday China cracked down on mining and trading of the largest cryptocurrency as part of ongoing efforts to prevent speculative and financial risks.

China's Financial Stability and Development Committee, chaired by Vice Premier Liu He, singled out bitcoin as the asset it needs to regulate more.

The statement, which came days after three Chinese industry bodies tightened a ban on banks and payment companies providing crypto-related services, was a sharp escalation of the country's push to stamp out speculation and fraud in virtual currencies.

China's latest campaign against crypto came after the U.S. Treasury Department on Thursday called for new rules that would require large cryptocurrency transfers to be reported to the Internal Revenue Service, and the Federal Reserve flagged the risks cryptocurrencies posed to financial stability.

On the other hand, Tesla CEO Elon Musk tweeted on Saturday that in a battle between fiat and cryptocurrencies, his support is with crypto.

"The true battle is between fiat & crypto. On balance, I support the latter," he said on Twitter in reply to a user who asked him what his thoughts were about people who were angry at him because of crypto.

Musk has previously compared Bitcoin to fiat money and often tweets about cryptocurrencies that have sent values for Bitcoin and the meme digital currency Dogecoin up and down.

In February, bitcoin shot higher after Tesla revealed it had bought $1.5 billion of the cryptocurrency and would soon accept it as a form of payment for cars.

However, bitcoin slumped after the billionaire announced in May that Tesla would no longer accept bitcoin for car purchases, citing long-brewing environmental concerns for a swift reversal in the company's position on the cryptocurrency.

Earlier this month, he also called the cryptocurrency a "hustle" during his guest-host spot on the "Saturday Night Live" comedy sketch TV show, leading prices to tumble.

Two days ago, Musk assured that he has not sold any of his Dogecoin holdings and will not sell any.