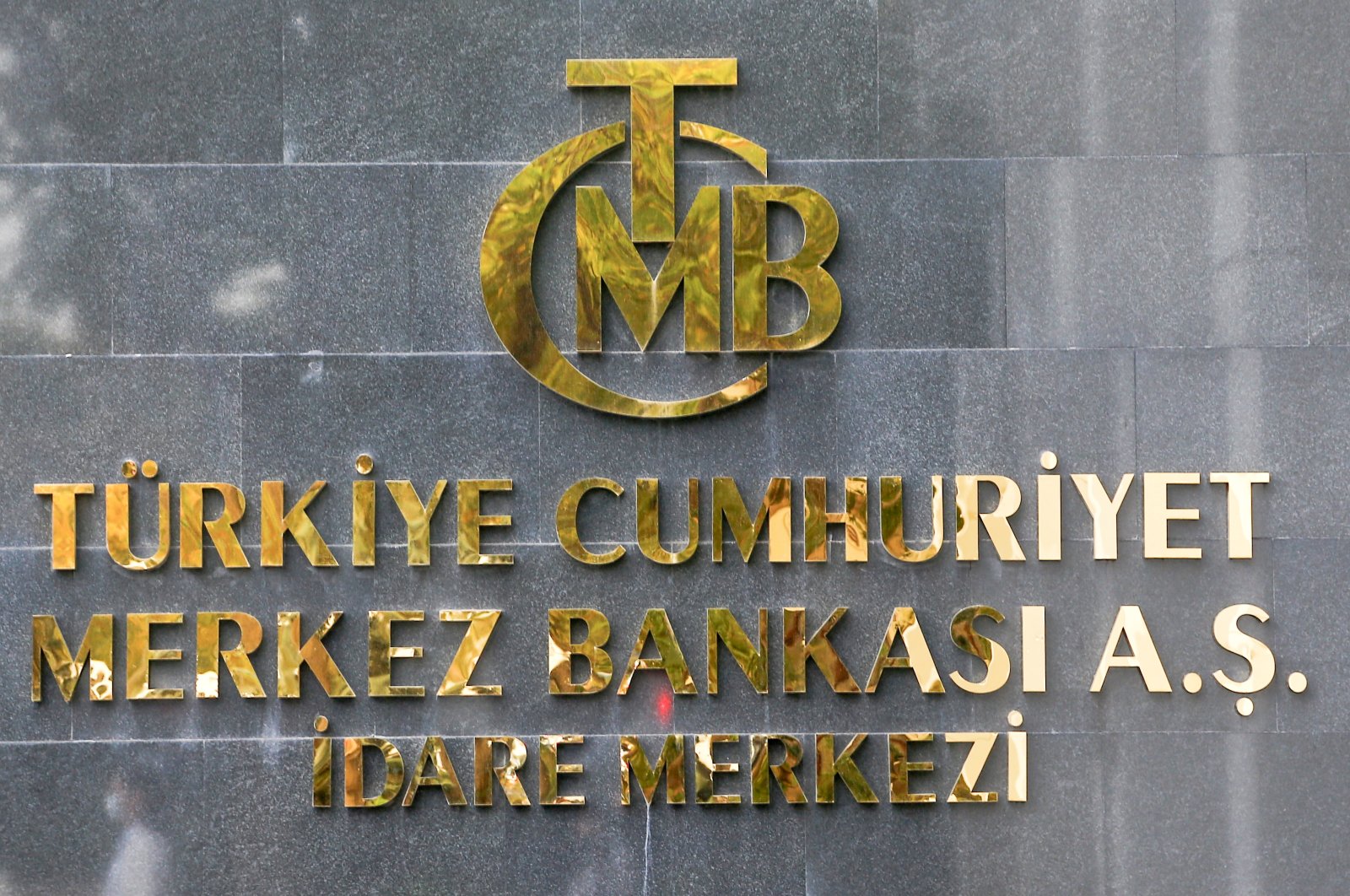 A logo of the Central Bank of the Republic of Turkey (CBRT) is pictured at the entrance of its headquarters in Ankara, Turkey, Oct. 15, 2021. (Reuters Photo)
by DAILY SABAH WITH AGENCIES Dec 02, 2021 12:36 pm
RECOMMENDED

The effects of the recent monetary policy easing will be felt in the first half of the next year, Turkey’s central bank governor was cited as telling investors on Thursday.

Şahap Kavcıoğlu also signaled that the policy easing will likely pause in January after one more interest rate cut this month, according to participants on an investor call.

Kavcıoğlu and other Central Bank of the Republic of Turkey (CBRT) policymakers met with local investors in the morning, and they were due to have a video conference call with foreign investors later in the day.

“We will observe the cumulative effects of our current monetary policy stance in the first half of 2022,” Kavcıoğlu said.

Since September, the central bank has cut its policy rate by 400 basis points to 15% and is widely expected to lower it again this month. Inflation, on the other hand, neared 20% in October.

Kavcıoğlu’s remarks come amid high volatility in the exchange rates, which prompted the central bank to intervene on Wednesday due to what it said were “unhealthy price formations” in the market.

It marked the first intervention since January 2014, when the central bank sold $3.1 billion (TL 41.41 billion) in spot markets.

The total size of intervention on Wednesday is said to have reached $1 billion, according to a report by Bloomberg HT, including $700 million in spot markets and some $340 million in transactions at the Borsa Istanbul Derivatives Market (VIOP).

The bank last month also warned it was observing unhealthy price formations in forex markets that are “unrealistic and completely detached from economic fundamentals.”

“There are unrealistic, unhealthy price formations in the foreign exchange market,” Kavcıoğlu said on Thursday, adding that the monetary authority does not want “extreme” exchange rate volatility and “can intervene when necessary.”

The governor told local investors there was some “limited room” for another rate cut this month, four participants told Reuters.

“I got the impression that he will pause (easing) and watch for some time in 2022 after a final limited cut in December,” said one participant who requested anonymity.

The governor’s remarks signal that the bank “may wait for a certain period” after making “a final reduction” at the Monetary Policy Committee (MPC) meeting this month, said Enver Erkan, a chief economist at Istanbul-based private investment firm Tera Yatırım.

Kavcıoğlu signaled that the bank was “almost done for the time being,” said another participant on the call, which was closed to the press.

In its policy statement last month, when it cut rates by another 100 basis points, the bank said it would consider using a “limited” amount of more room for easing in its next meeting on Dec. 16.

Kavcıoğlu added that monetary policy needed to boost investments and exports while limiting imports, according to the call participants, and added that the bank’s foreign reserves will continue to rise.

“Our reserves have recently entered a steady upward trend. We will continue to increase our reserves decisively,” he said.

The governor also said inflation is expected to slow down as temporary factors fade.

“When the rising commodity prices and the factors originating from the supply chain disappear, inflation will decrease,” he said.

“We see a central bank that expects inflation to decrease in the coming period within the framework of temporary factors, and accordingly believes that real deposit rates will turn positive,” Erkan said in a note.