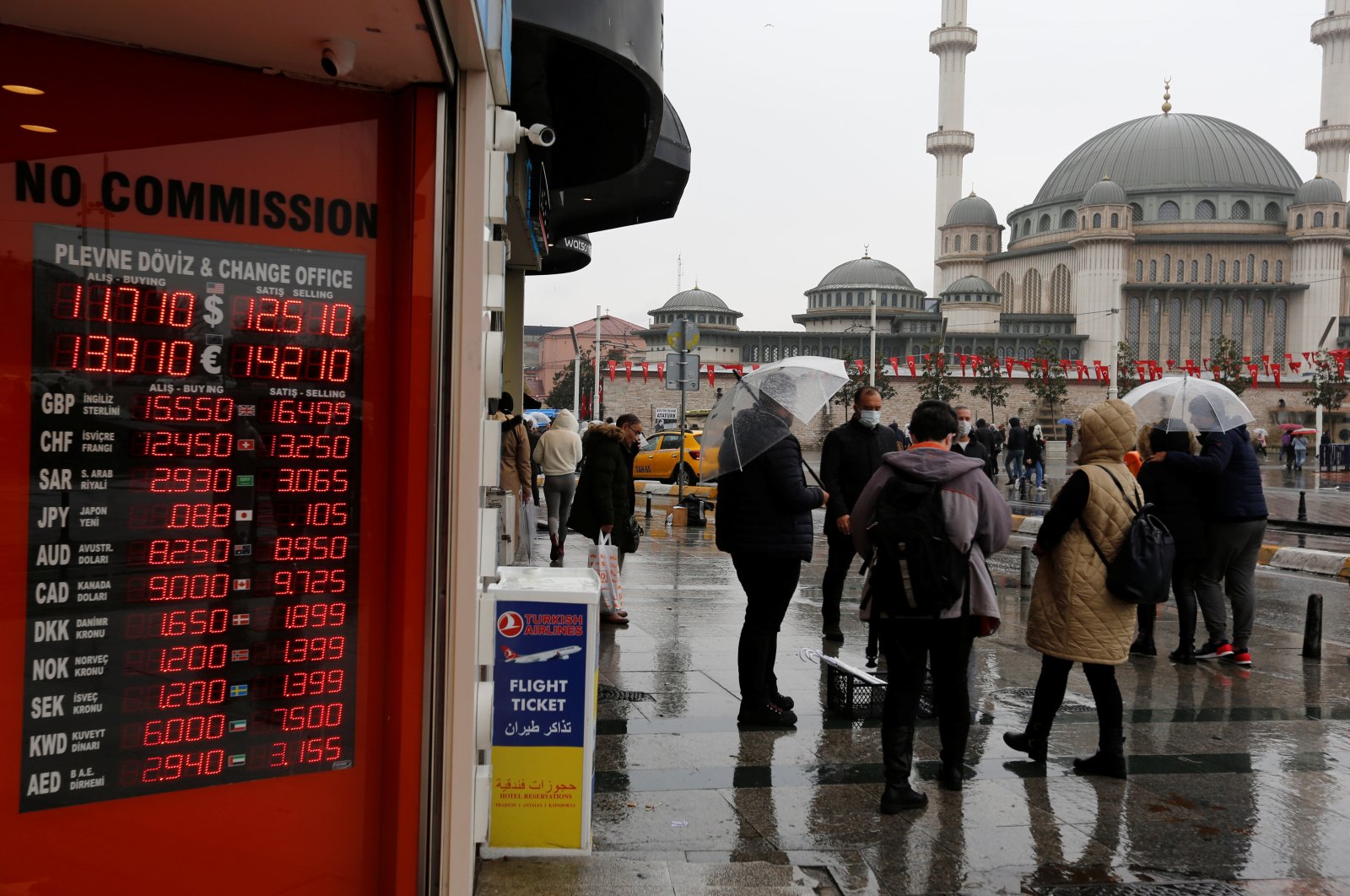 President Recep Tayyip Erdoğan on Monday stood by his view and once again defended the recent monetary easing, saying he has never and will never back interest rate hikes or compromise on the issue.

Erdoğan also said recent exchange rate volatility was not based on economic fundamentals and that Ankara was ready to provide the necessary support to boost investments, namely through state banks.

A separate report claimed Turkey’s top investigative body will focus on foreign currency purchases when it probes the reasons behind the Turkish lira’s depreciation in November.

The high volatility came after the Central Bank of the Republic of Turkey (CBRT) cut its benchmark policy rate – the one-week repo rate – by 100 basis points on Nov. 18 to 15% and signaled more easing would come before the end of the year. It has now slashed rates by 400 basis points since September.

“I have always argued for lower interest rates and repeatedly said rates should be lower,” Erdoğan told reporters on his flight back from a visit to Turkmenistan.

“I have never defended raising interest rates, I don’t now and will not defend it... I will never compromise on this issue.”

The president also said he had not changed his view that interest rates cause inflation.

Opposition politicians and some economists have criticized and challenged the current policy, calling for its reversal.

The central bank said temporary factors affecting inflation in the short term were expected to persist through the first half of 2022.

“You will see, God willing, how far inflation falls before the election,” Erdoğan said. “The interest rate lobbies are seething.”

The president last week said Turkey was fighting an “economic war of independence” and would not yield to pressure to change course.

He blamed the lira’s weakness on games he said were being played on foreign exchange and interest rates.

“We are seeing the games that are being played over the exchange rate, interest rates and price rises by those who want to push our country out of the equation,” he said.

At the weekend, Erdoğan was reported to have ordered a probe into possible currency manipulation.

The president has tasked the State Supervisory Council, an auditing agency that reports to the presidency, to identify institutions that bought large amounts of foreign currency and to determine whether any manipulation had occurred, according to Anadolu Agency (AA).

Investigators from the council will be authorized to seek prosecution if criminal activity is suspected, a person familiar with the preparations was cited as telling Bloomberg News on Monday.

The council can demand that organizations present relevant information and documents, and then forward the findings to relevant authorities.

The probe will center on purchases above a still-undetermined threshold, excluding those that stem from “necessity” and transactions related to corporate debt, the person said.

The results of the investigation are expected to be shared with the central bank, the banking regulator, the markets regulator and the Financial Crimes Investigation Board (MASAK) and the council may request them to take action, the person noted.