No more kebabs for bitcoins in Turkey as crypto ban looms 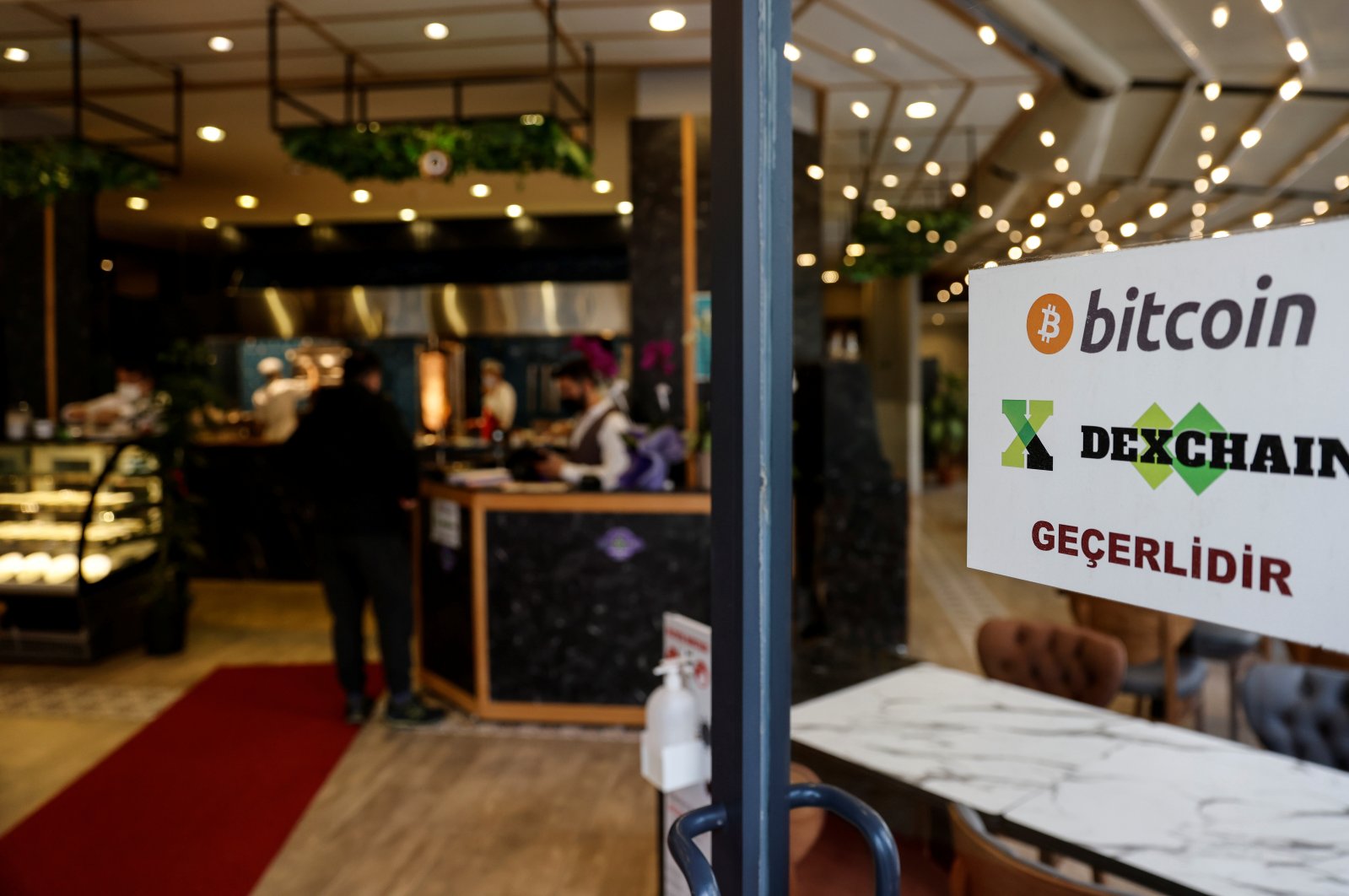 A sign at the entrance door of a kebab restaurant reads "We accept Bitcoin, Dexchain" in Istanbul, Turkey, April 27, 2021. (Reuters Photo)
by Daily Sabah with Reuters Apr 28, 2021 5:16 pm
RECOMMENDED

Kebab chef Kadir Öner hoped to boost his new business by accepting payment in cryptocurrencies, but a ban by Turkish authorities will force him next month to fall back on payment methods as traditional as his spit-roasted meat.

Interest in cryptocurrencies has boomed in Turkey and Öner says that customers used them to settle between 5% and 10% of their bills.

“The world is adapting to the digital era and we have to get on board with it,” Öner said adding that crypto payments were easier than bank transactions and would have accounted for a growing slice of his doner kebab sales if allowed to continue.

But the Central Bank of the Republic of Turkey (CBRT) sees dangers in the new practice, and on April 16 banned the use of cryptocurrencies and crypto-assets for purchases from April 30, citing “irreparable” damage and transaction risks.

The already growing crypto boom in Turkey further gained pace over the recent year as investors joined a global rally in Bitcoin, hoping to gain from the cryptocurrency’s growth, shelter against inflation that climbed above 16% in March and protect their savings due to the depreciation of the Turkish lira.

The collapse of Thodex and Vebitcoin, among the country’s largest trading platforms, dealt a major blow to hundreds of thousands of Turkish cryptocurrency investors, who were unable to access millions of dollars worth of digital assets after the exchange went down.

Turkey is reportedly accelerating its works on new regulations as the government is looking to establish a central custodian bank to eliminate counterparty risk, a Bloomberg report said Tuesday.

Authorities are also said to be pondering a capital threshold for exchanges and education requirements for executives at such firms.

Cryptocurrencies remain little-used for global commerce even as they become increasingly mainstream assets, although companies including Tesla Inc. and travel site Expedia Group Inc. do accept such payments.

In Turkey, businesses like hairdressers and small grocery shops started accepting payments out of convenience as they also held crypto coins, Altuğ Işler, the founder of the Kripto Teknik news website said.

If the sector was well regulated, there would be potential for more cryptocurrency transactions, he said, but the central bank had taken the “easiest option” by closing it all down.

“The ban has become a serious issue for the fintech firms working in this area and they have started taking the crypto payment ban to court,” Işler said. “I think the government will make an effort to bring regulations into the cryptocurrency market and loosen this ban.”

Trading volumes in Turkish crypto exchanges doubled on the weekend following the central bank ban on crypto-asset payments compared to the previous weekend, according to data from U.S. researcher Chainalysis and trading data firm Kaiko shared with Reuters.

Cryptocurrency trading volumes often spike during periods of volatility, with short-term traders seeking to profit from swings in price. Many market players say this is a key attraction of the emerging asset.

He also had to put on hold a new initiative for e-commerce websites offering crypto-asset payments.

“We have been selling gold, real estate and we were preparing to launch a new service ... but the project is shelved now with the new regulation,” Çakan said.

“I hope that this ban is a transition until the necessary regulations are put into implementation,” he said, adding that gold for cryptocurrency sales had been popular.

Chef Öner says he will survive the ban on crypto payments, which had been used to purchase more than 1,500 of his kebabs since he opened in March, but he also hoped the move would be temporary.

“I am sure when the necessary legal regulations are made we will win back the customers we’ve lost due to this ban.”