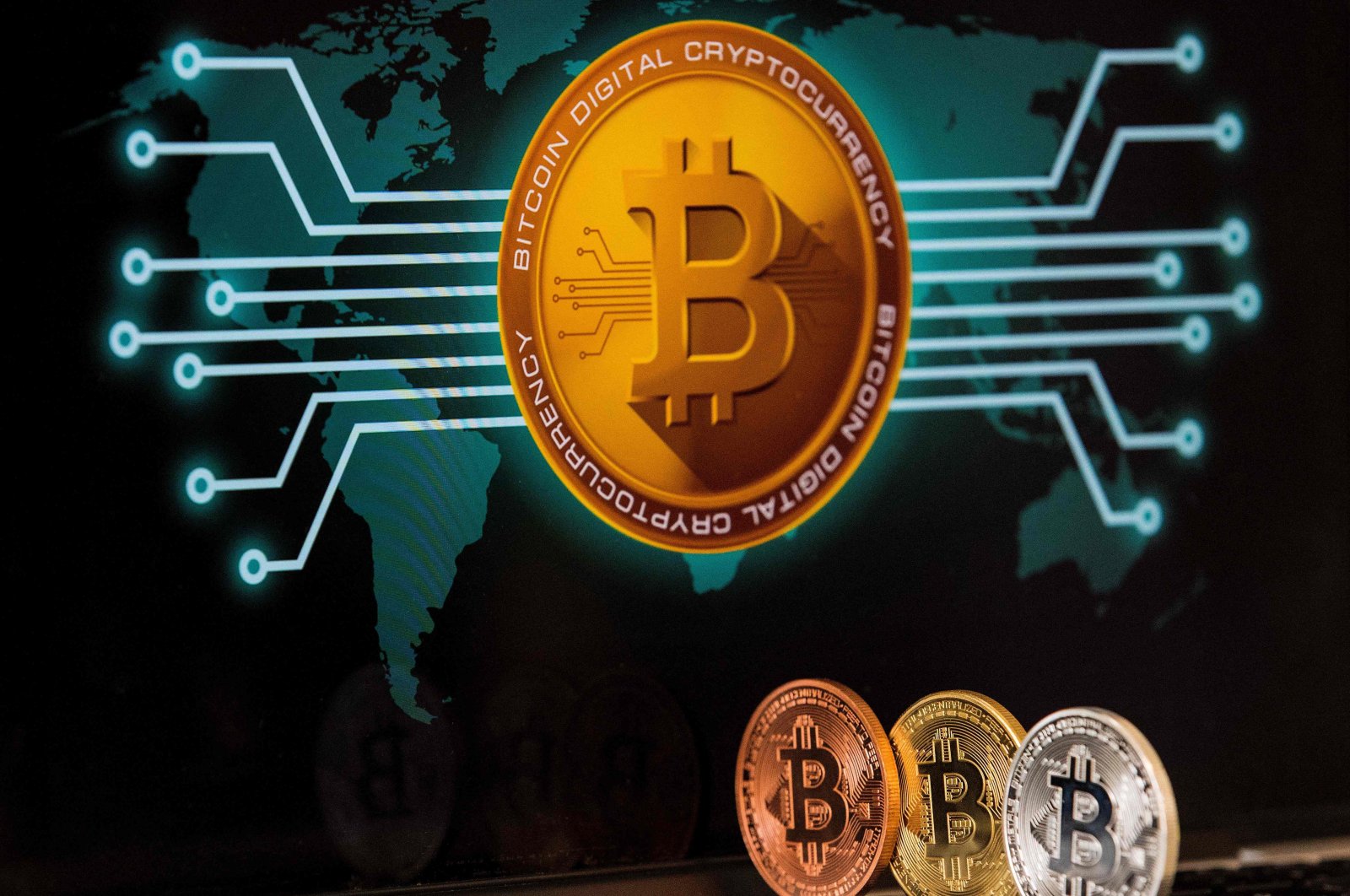 A visual representation of the digital cryptocurrency bitcoin at the "Bitcoin Change" shop in the Israeli city of Tel Aviv. (AFP Photo)
by DAILY SABAH Apr 27, 2021 6:59 pm
RECOMMENDED

After two cryptocurrency exchanges collapsed in the space of a few days last week, Turkey is reportedly accelerating its works on new regulations for the market.

Namely, the government is looking to establish a central custodian bank to eliminate counterparty risk, a Bloomberg report said Tuesday, citing a senior official familiar with the plans.

The collapse of Thodex and Vebitcoin, among the country’s largest trading platforms, dealt a major blow to hundreds of thousands of Turkish cryptocurrency investors, who were unable to access millions of dollars worth of digital assets after the exchange went down.

Authorities are also said to be pondering a capital threshold for exchanges and education requirements for executives at such firms, the official told Bloomberg.

The shutdowns triggered a manhunt for the 27-year-old Thodex founder and CEO Faruk Fatih Özer and led to dozens of arrests.

Özer fled to Albania’s capital with a reported $2 billion in investors’ assets. Interpol issued a red notice for Özer after a request by Ankara.

Police on Tuesday raided a building where he was said to be hiding. Two were arrested with suspicion of helping the Thodex executive ever since he arrived in the country.

The already growing crypto boom in Turkey further gained pace over the recent year as investors joined a global rally in Bitcoin, hoping to gain from the cryptocurrency’s rally, shelter against inflation, which climbed above 16% in March and to protect their savings due to depreciation in the Turkish lira.

There are an estimated 5 million active users in Turkey. The daily trading volume in Turkish crypto markets in the past 24 hours was about $1.6 billion, according to CoinGecko.com, which tracks data on price, volume and market value on crypto markets.

The preparations for a regulatory framework could be completed in the coming weeks, Bloomberg cited the official as saying.

The Treasury and Finance Ministry, Capital Markets Board (SPK) and Financial Crimes Investigation Board (MASAK) are said to be involved in the effort.

Central Bank of the Republic of Turkey (CBRT) Governor Şahap Kavcıoğlu Friday said the Treasury and Finance Ministry is working on wider regulations regarding cryptocurrencies, adding that the bank does not intend to ban them.

In an interview with Turkish broadcasters, Kavcıoğlu said preliminary details would be ready in two weeks.

Turkey on April 16 said it would ban the use of crypto assets in payments for goods and services, citing “irreparable” damage and transaction risks. The legislation goes into effect on April 30.