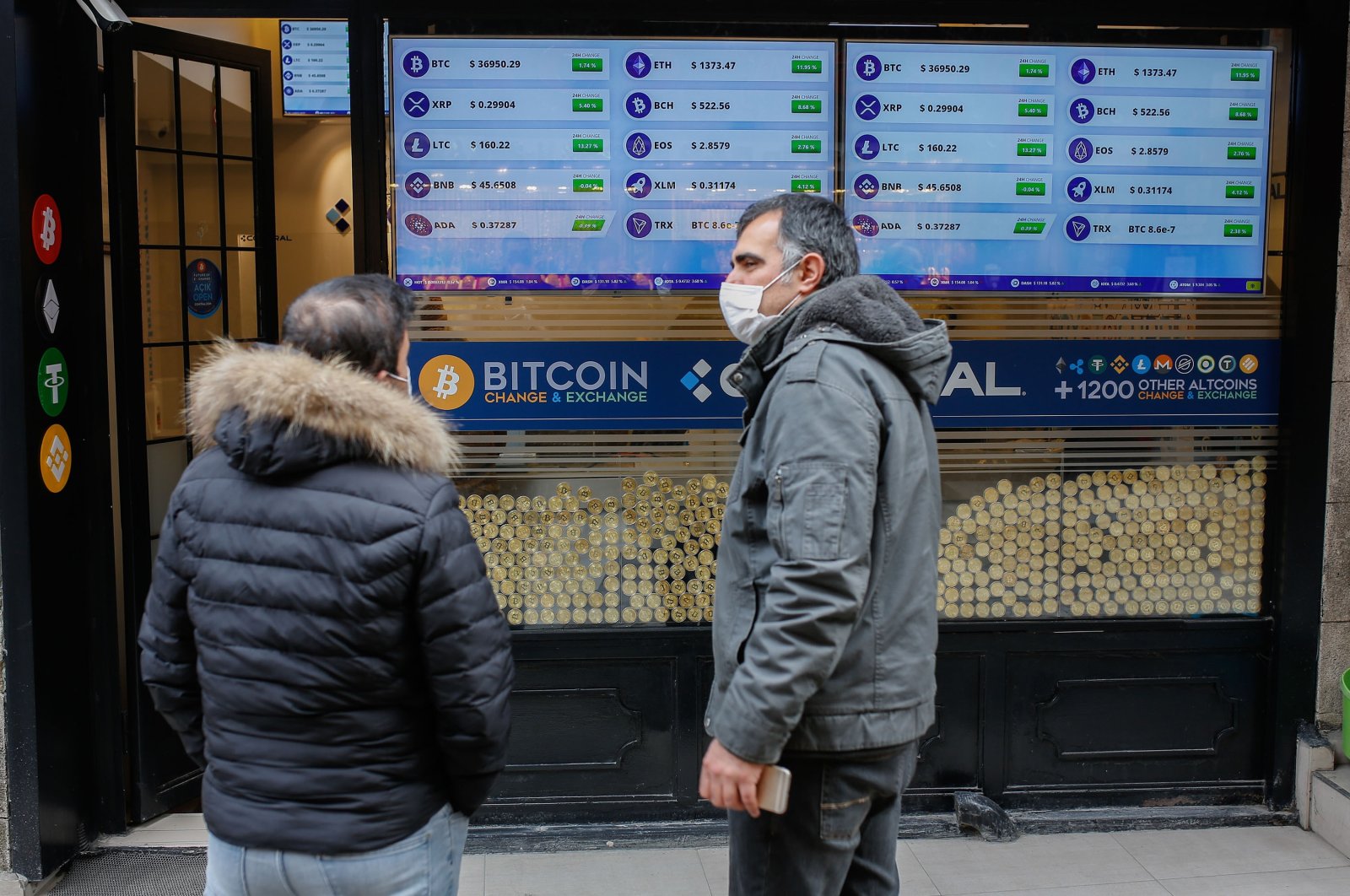 The collapse of two exchanges over the last week has dealt a major blow to hundreds of thousands of Turkish cryptocurrency investors, who have been left unable to access millions of dollars worth of digital assets.

Shutdowns of Thodex and Vebitcoin, among the country’s largest trading platforms, have shed light on another matter: a crypto boom lifted by skyrocketing interest in the nation of 84 million, particularly over the course of last year.

These also added to growing worries over the risks and vulnerabilities of the digital currency market as companies fold, and the Turkish authorities have recently signaled preparations to rein in the unregulated market.

Turkey is being named among the largest crypto markets in the world. For instance, the crypto analytics website Coinhills ranks it the fifth biggest in the world.

Even though it is hard to know the actual number, there are an estimated 5 million active crypto investors in Turkey.

Some 16% of Turks have reported they used or owned cryptocurrency, according to the latest World Economic Forum (WEF) report released in February. This ranked Turkey fourth in the list of surveyed countries just behind Nigeria, Vietnam and the Philippines.

Among the most popular crypto platforms in the country, BtcTurk and Paribu, have in recent days said they had over 3 million users each. Yet not all of them are said to be active users.

A daily trading volume on Paribu hit a record high of $2.6 billion (TL 28.78 billion) on April 17, up from just $16.3 million a year ago, according to CoinGecko.com, which tracks data on price, volume and market value on crypto markets. The volume amounted to $807 million Saturday.

A similar rise was BtcTurk’s trading volume, which surged to as much as $1.37 billion on April 14, up from just around $30 million a year ago. The volume stood at approximately $378.7 million Saturday.

The surge in April could be mainly attributed to the fact that Bitcoin, the world’s biggest and best-known cryptocurrency, reached an all-time high of $64,895.22 on April 14.

The daily volume of trade in Turkish crypto markets was close to $2 billion Friday, according to data from CoinGecko.com.

The already growing crypto boom in Turkey further gained pace over the recent year as investors joined a global rally in Bitcoin, hoping to gain from the cryptocurrency’s rally, shelter against inflation, which climbed above 16% in March and to protect their savings due to depreciation in the Turkish lira.

It became a second big exchange that collapsed in as many days after Istanbul-based Thodex ceased operations and its 27-year-old founder fled the country.

The Financial Crimes Investigation Board (MASAK) has blocked Vebitcoin’s accounts and opened a probe.

The trading platform is Turkey’s fourth-biggest exchange with close to $60 million in daily trading volume, according to CoinGecko.com.

“Due to the recent developments in the crypto money industry, our transactions have become much more intense than expected,” Vebitcoin said on its website.

“We would like to state with regret that this situation has led us to a very difficult process in the financial field. We have decided to cease our activities in order to fulfill all regulations and claims.”

Thodex shut down while holding investments from around 390,000 active users.

Özer disputed both figures after breaking his silence Thursday, saying about 30,000 users have been affected.

In a statement from an unknown location, he promised to repay investors and to return to Turkey to face justice at a later date.

Authorities blocked the company’s accounts, and police raided its head office in Istanbul.

Özer’s older brother, Güven Özer, was detained Saturday night after police raided a house in Istanbul’s Pendik district. Some 68 people are said to have been detained since Friday over links to the case.

Interpol issued a Red Notice for the Thodex CEO after a request by Ankara. Turkey’s interior minister and police chief spoke with their Albanian counterparts Thursday regarding the case.

Police Friday night reportedly raided the hotel in Tirana in which Özer was said to be staying, but he managed to leave early on.

Thodex said on its website Thursday it would be closed for four to five days due to a sale process.

But users who have not been able to withdraw money or access their accounts voiced concern that they may have been defrauded.

The problems at Thodex started after it ran a promotion offering Dogecoins to investors at one-fourth the price the popular currency was selling on other exchanges.

But users complained that it was a scam that prevented them from reselling the coins at their full market value or trading them for other cryptos.

The collapse of two trading platforms last week is a reminder of the regulatory uncertainty surrounding the crypto industry.

Tough regulatory clampdowns on cryptocurrencies by major economies have been relatively rare, with most seeking to clarify rules rather than prevent usage.

Traders say such bans are hard to enforce, and crypto markets have in the past shrugged off such moves.

Turkey on April 16 said it would ban the use of crypto assets in payments for goods and services, citing “irreparable” damage and transaction risks. The legislation goes into effect on April 30.

Central Bank of the Republic of Turkey (CBRT) Governor Şahap Kavcıoğlu Friday said the Treasury and Finance Ministry is working on wider regulations regarding cryptocurrencies, adding that the bank does not intend to ban them.

In an interview with Turkish broadcasters, Kavcıoğlu said preliminary details would be ready in two weeks.

The government last month said it shares global concerns regarding cryptocurrencies and that the developments are being closely followed.

For instance, India will propose a ban on cryptocurrencies and fines on those trading or holding the assets, in what would be one of the world’s strictest policies yet.

China banned such trading in 2017, slamming the breaks on a free-wheeling emerging crypto industry.