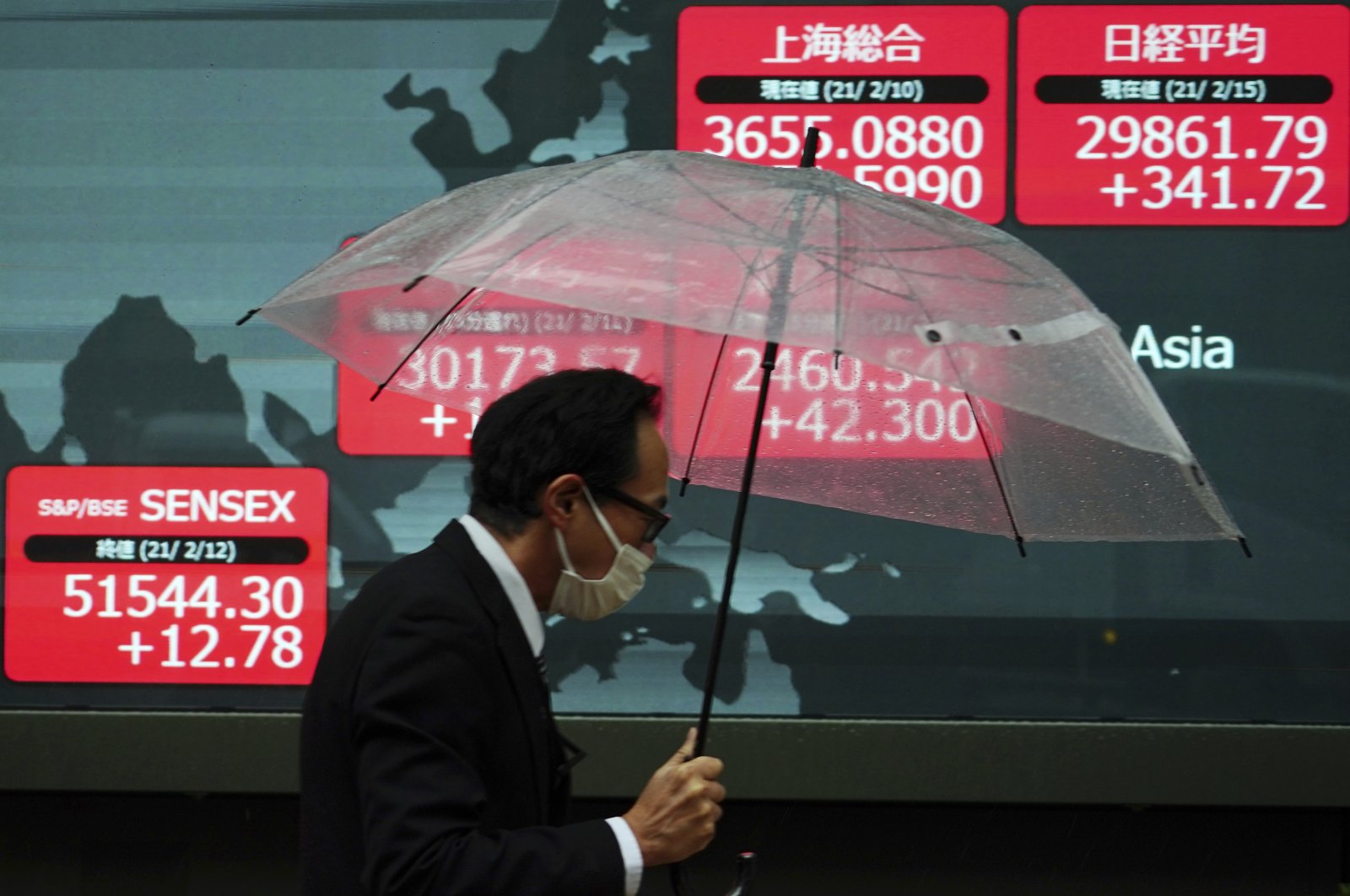 A man wearing a protective face mask to help curb the spread of the coronavirus walks in the rain past an electronic stock board showing Japan's Nikkei 225 and other Asian indexes at a securities firm Monday, Feb. 15, 2021. (AP Photo)
by French Press Agency - AFP Feb 15, 2021 12:30 pm
RECOMMENDED

"The 30,000 mark is symbolic but it's still a waypoint," said Toshikazu Horiuchi, a broker at IwaiCosmo Securities.

"Market sentiment has been supported by hopes for business recovery ahead of the nation's first vaccination," Horiuchi told Agence France-Presse (AFP).

The coronavirus vaccine rollout is scheduled to start as early as Wednesday in Japan for healthcare professionals.

"Hopes for stimulus and monetary easing are also high, which helped bolster positive sentiment, but profit-taking could emerge at this level as the market is overheating," he added.

Masayuki Kubota, chief strategist at Rakuten Securities, said: "The Nikkei index is climbing as central banks in Japan, the United States and Europe keep their massive monetary easing policies in place because of the pandemic."

Ahead of the opening bell, the government said Japan's economy shrank in 2020 for the first time in more than a decade as it was battered by the coronavirus but the contraction was less than expected.

"The market largely shrugged off the GDP figures, which were already factored in," Horiuchi said.

Investors were paying attention to the impact of a 7.3-magnitude earthquake, which hit northeastern Japan late Friday as news reports said more than 150 people were injured and shinkansen bullet train services were suspended.

"There was a chilling moment after the powerful quake in the Tohoku region this weekend, but the impact on the market seems to be limited," Okasan Online Securities said.

Nissan plunged 2.83% to 609.9 yen following a news report that Apple had approached it in recent months about self-driving cars, which did not move forward. Nissan denied it was in talks with the U.S. tech giant.