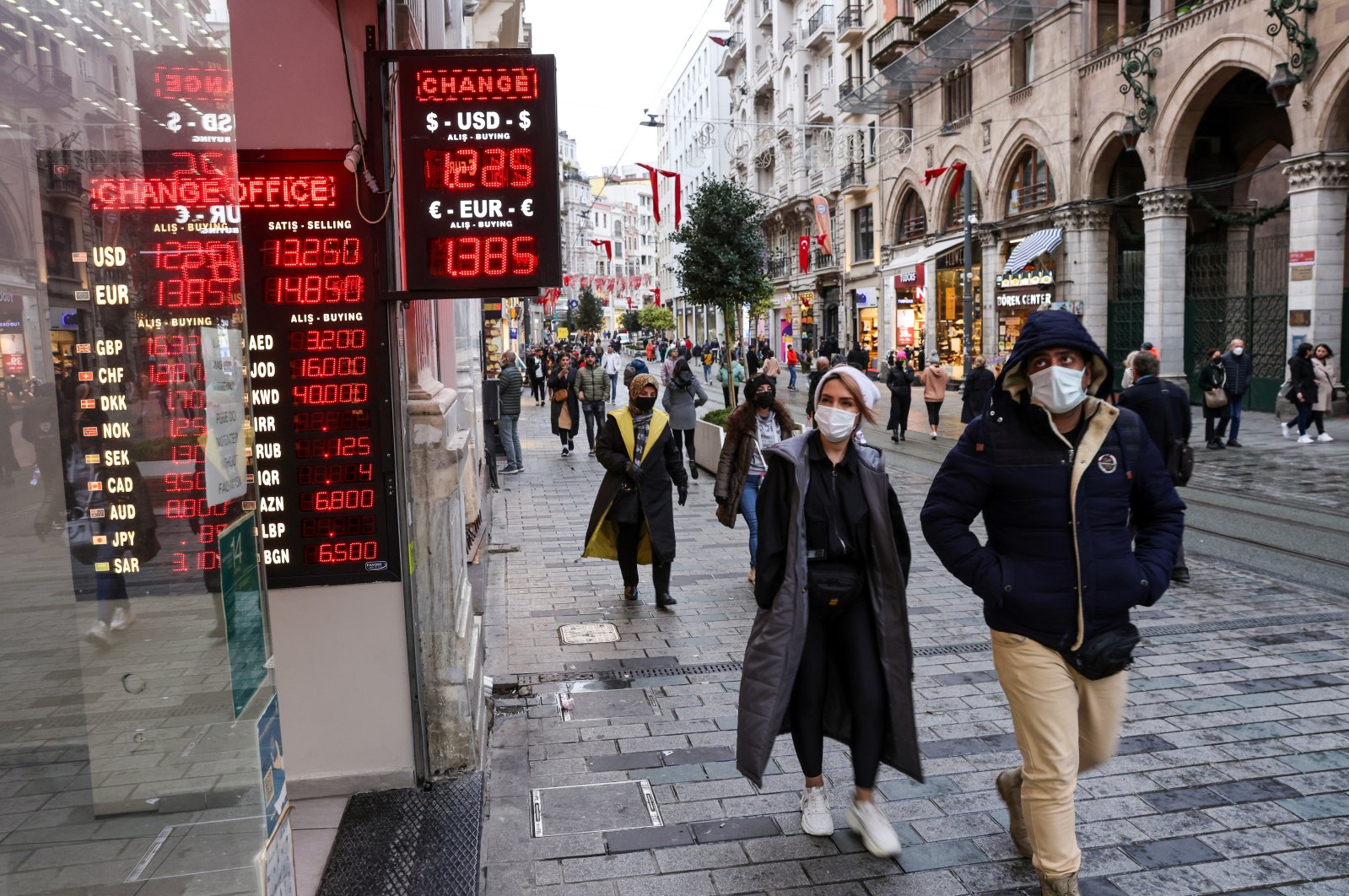 Turkey on Friday reiterated its determination to continue implementing a policy of interest rate cuts, with the deputy finance minister and central bank saying inflation would pass and the policy had helped boost commercial loans.

“Since 2013, every time we attempted to implement our low interest rate policy, we were met with strong opposition. This time, we are determined to carry this out,” Deputy Treasury and Finance Minister Nureddin Nebati said late Thursday on Twitter.

Amid high volatility, the lira hit a record low of 13.45 against the United States dollar on Tuesday. President Recep Tayyip Erdoğan has defended the Central Bank of the Republic of Turkey's (CBRT) move to slash the benchmark policy rate.

The CBRT lastly cut the one-week repo rate by 100 basis points on Nov. 18 to 15% and signaled more easing would come before the end of the year. It has now slashed rates by 400 basis points since September.

“We need to evaluate Turkey’s economy from a bigger window rather than a narrow perspective only taking the exchange rate as a basis,” Nebati said. “Under the current market conditions, there is no issue with the policy rate being kept lower than inflation.”

The CBRT Governor Şahap Kvcıoğlu met banking sector officials on Thursday evening and discussed the rate cuts with them, saying they were working in harmony with the sector, with strong communication.

In its twice-yearly financial stability report, published on Friday, the central bank said revisions in its monetary policy stance since September had started a recovery in commercial loan growth.

The bank also said temporary factors affecting inflation in the short term were expected to persist through the first half of 2022.

Nebati said easing would provide stimulus to the economy to boost employment and exports while tackling the current account deficit. He added that revenue earned from the low rates policy would be directed to key imports, such as energy and raw materials.

“The manipulative attacks waged on the Turkish lira over our low interest rate policy will not seriously damage our economy,” he said. “Though there was turbulence in the real sector with the last exchange rate attack, our economy maintains all of its strength,” he added.

Erdoğan this week defended the policy, saying a tight interest rate policy will not lower inflation and vowed Turkey would win what he called an “economic war of independence.”

He blamed the lira’s weakness on games he said were being played on foreign exchange and interest rates.

‘Volatility cannot be attributed only to rate cuts’

In a statement Friday following its board meeting on recent fluctuations in the exchange rates, Foreign Economic Relations Board (DEIK) said the volatility cannot be attributed only to the interest rate cuts.

“Considering the course of the event and our current economic data together, we assessed that this mobility cannot be attributed only to the interest rate cut and the statements that have been made, and that with shallow and irrational developments, a mobility has been created in the market that is incompatible with large and economic realities,” the statement read.

The board noted that there were very clear positive indicators that do not confirm excessive exchange rate mobility, and they believe that the situation would be brought under control and stabilized in a reasonable process, as was done in 2018.

Erdoğan has been backing the view that lower interest rates are the only way to curb inflation.

Opposition politicians and some economists have criticized and challenged the current policy, calling for its reversal.

“I suggest that all parties reevaluate the wrongness of the ‘high interest, low inflation' policy that has been dictated to us, specifically for our country, which has a structural current account deficit,” he said.

“The outlook for the asset quality of the banking sector remains positive,” Kavcıoğlu said. The sector’s profitability, which has improved with the increase in net interest income, backs up capital adequacy, he noted.

“Strong economic activity has been mirrored favorably in the corporate sector’s turnover, profitability, and liquidity indicators,” read the report.

No signs of funding stress in banking system

In a separate report on Thursday, the Wall Street bank J.P. Morgan said it sees no signs of funding stress in Turkey’s banking system at present.

“There are no signs of a funding stress in the banking system at present. The bigger credit concern, in our view, is that the FX move can trigger deposit volatility or an external debt rollover issue, but these risks appear distant in our view.”