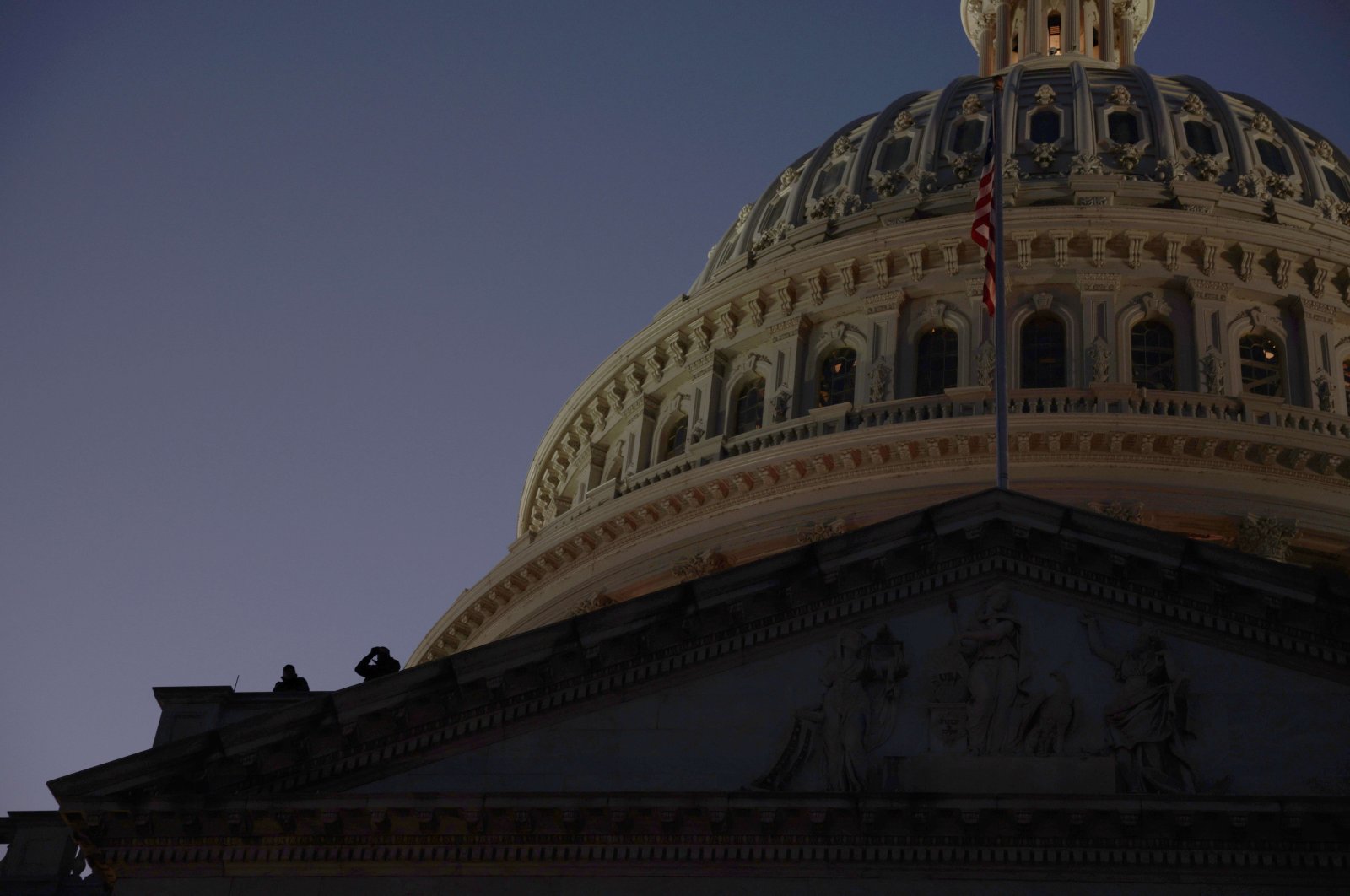 A $2.5 trillion increase in federal debt limits was approved in both houses of the U.S. Congress on early Wednesday thanks to Democratic votes and fended off an unprecedented default.

The passage follows a monthslong standoff between Democrats and Republicans, with the latter seeking to force President Joe Biden's party to raise the debt limit on its own from the current $28.9 trillion level, generating fodder for attack ads during the 2022 congressional elections.

Capping a marathon day, the House gave final approval to the legislation in the early morning on a near-party-line 221-209 vote, defusing a volatile issue until after the 2022 midterm elections. The action came just hours shy of a deadline set by Treasury Secretary Janet Yellen, who warned last month that she was running out of maneuvering room to avoid the nation’s first-ever default.

"The full faith and credit of the United States should never be questioned," House Speaker Nancy Pelosi said from the House floor shortly before the vote.

Yet the bill – which drew only one Republican vote in the House, from Illinois Rep. Adam Kinzinger – also saddled vulnerable Democrats with a tough vote on the cusp of an election year when both chambers will be up for grabs.

Republicans, meanwhile, said they were perplexed by the Democrats' scramble to act.

"Democrats have known this day is coming for two years and did absolutely nothing," said Rep. Kevin Brady.

Despite a seemingly straightforward name, the nation's debt limit does little to curtail future debt. Established in 1917, it instead serves as a brake on spending decisions already endorsed by Republicans and Democrats alike – in some cases decades ago – that if left unpaid could cripple markets, send the economy into a tailspin and shake global confidence in the U.S.

That hasn't stopped Republican saber-rattling. For months, they have used the debt limit to attack Democrats' big-spending social and environmental agenda while pledging to staunchly oppose the current effort to increase the threshold. As recently as October, Senate Minority Leader Mitch McConnell said he would not "be a party to any future effort to mitigate the consequences of Democratic mismanagement.”

Yet McConnell softened his opposition, striking a deal with Senate Majority Leader Chuck Schumer last week that created a workaround that allowed Senate Democrats to approve legislation with a simple majority while avoiding a Republican filibuster, bypassing normal Senate rules requiring at least 60 of the chamber's 100 members to agree to advance most legislation. The Senate passed the bill earlier on Tuesday in a partisan 50-49 vote.

"This is about paying debt accumulated by both parties," Schumer said Tuesday while hailing the agreement.

Republicans have tried to link the vote to Biden's $1.75 trillion "Build Back Better" bill to bolster the social safety net and fight climate change.

"Every Senate Democrat is going to vote along party lines to raise our nation's debt limit by trillions of dollars," McConnell said in a speech before the vote. "If they jam through another reckless taxing and spending spree, this massive debt increase will just be the beginning."

McConnell's backtracking angered some in his party. But it also gave him much of what he wanted: Democrats taking a politically difficult vote without Republican support, while increasing the limit by a staggering dollar figure that is sure to appear in future attack ads.

"If they jam through another taxing and spending spree this massive debt increase will just be the beginning,” the Kentucky Republican said Tuesday.

Trump has railed against the deal repeatedly, calling McConnell a "Broken Old Crow” who "didn’t have the guts to play the Debt Ceiling card, which would have given the Republicans a complete victory on virtually everything.”

"GET RID OF MITCH!” Trump said in a statement issued Sunday.

Republican Sen. Mike Lee of Utah also criticized the intricate process Schumer and McConnell agreed to, which he warned could be used in the future to "launder” potentially unpopular votes.

Under the agreement, an amendment was made to an unrelated Medicare bill that passed last week with Republican votes. It created a one-time, fast-track process for raising the debt limit that allowed Democrats to do so with a simple majority, bypassing the 60-vote threshold to avoid a GOP filibuster.

Lee said the process was intended to make the Republican votes last week "appear as something other than helping Democrats raise the debt ceiling,” which he said Republican leadership "committed, in writing no less, not to do.”

The nation’s current debt load of $28.9 trillion has been racking up for decades. Major drivers include popular spending programs, like Social Security and Medicare, interest on the debt and recent COVID-19 relief packages. But taxation is also a major factor, and a series of tax cuts enacted by Republican presidents in recent decades have added to it, too.

That includes $7.8 trillion heaped onto the pile during Trump’s four-year presidency, an analysis of Treasury records shows. The GOP-championed 2017 tax cut is projected to add between $1 trillion and $2 trillion to the debt, according to the nonpartisan Tax Policy Center.

The debt ceiling fight and another self-created crisis, passing a bill to continue funding the government through February, occupied much of Congress' time this month, and members in both chambers are now eager to begin long holiday breaks.

It remains unclear if congressional Democrats will be able to meet Schumer's other goal, passing Biden's sweeping $1.75 trillion bill by Christmas. Deep disagreements within the party on the size and scope of the package have stalled that effort.