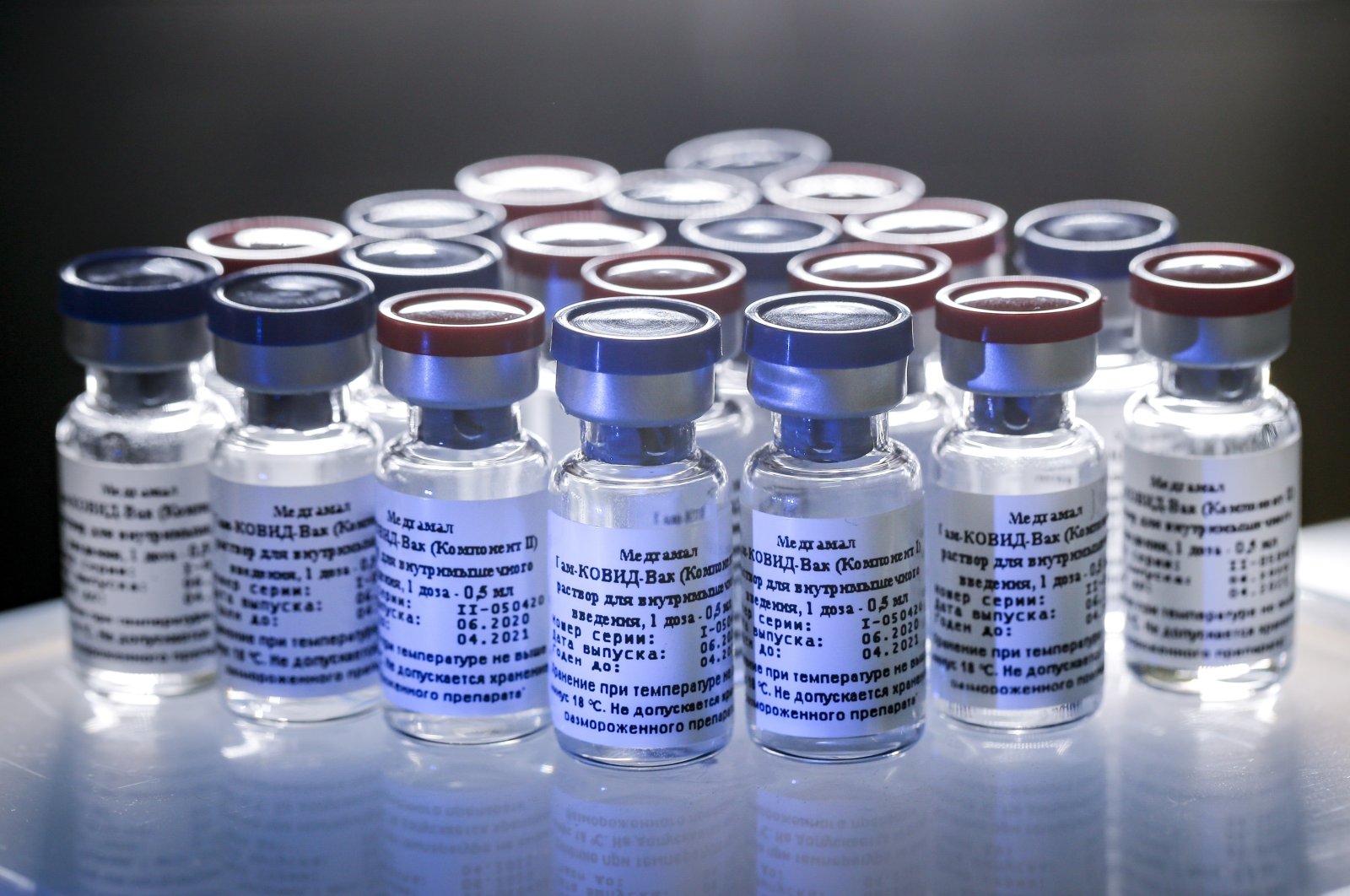 A COVID-19 vaccine is on display at the Nikolai Gamaleya National Center of Epidemiology and Microbiology in Moscow, Russia, Aug. 6, 2020. (Russian Direct Investment Fund via AP)
by REUTERS
Mar 09, 2021 1:37 pm

Russia's Sputnik V vaccine for COVID-19 could be produced in Europe for the first time after a commercial deal to produce it in Italy was signed by the Moscow-based RDIF sovereign wealth fund and Swiss-based pharmaceutical company Adienne.

The agreement, which will need approval from Italian regulators before production can be launched, has been confirmed by both RDIF and the Italian-Russian chamber of commerce.

It is the latest evidence that some European Union members are not willing to wait for the EU's own regulator – the European Medicines Agency (EMA) – to grant its approval to Sputnik V.

Sputnik V has already been approved or is being assessed for approval in three EU member states – Hungary, Slovakia and the Czech Republic. EU officials have said Brussels could start negotiations with a vaccine maker if at least four member countries request it.

The Italian-Russian chamber of commerce said in a statement issued on Monday, a public holiday in Russia, that the move paved the way for the creation of the first Sputnik V production facility in Europe.

It said there were plans for Italian production to begin in June and that it hoped that 10 million doses of Sputnik V could be produced there by the end of the year.

"This agreement is the first of its kind with a European partner," Vincenzo Trani, head of the chamber, said in the statement. "It can be called a historic event, which is proof of the good state of relations between our countries and shows that Italian companies can see beyond political differences."

The Lugano-based Adienne Pharma & Biotech did not immediately respond to a request for comment.

Kirill Dmitriev, head of the RDIF sovereign wealth fund, which markets Sputnik V internationally, told Italy's RAI 3 television channel on Sunday that many Italian regions were keen to produce the vaccine and that RDIF had struck an agreement with Adienne to produce Sputnik V in Italy.

"What we are offering is a true production partnership that will create jobs in Italy, and you can control the product, because it will be produced in Italy, and this product can not only save many lives in Italy, but it can be exported," he said.

A senior European Medicines Agency (EMA) official urged European Union members last week to refrain from approving Sputnik V at the national level, while the agency was still reviewing it, prompting the vaccine's developers to demand a public apology.

In January, RDIF announced that it had signed a deal with Turkey on the production of its Sputnik V vaccine.