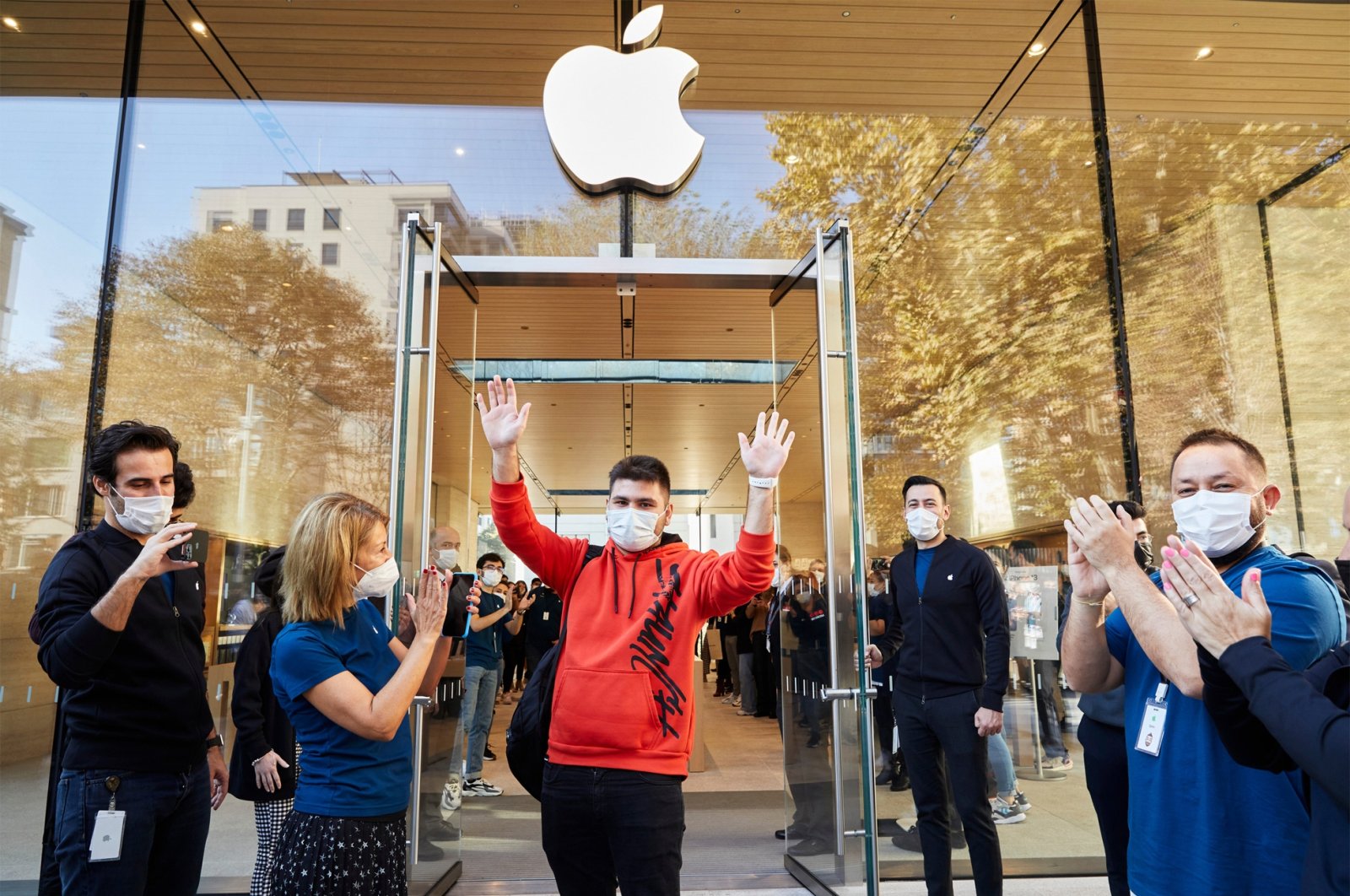 Apple on Friday opened its biggest store in the Turkish metropolis, which triggered calls for the United States tech giant to also initiate production in Turkey.

The new store on Istanbul’s famed Bağdat Avenue will serve as Apple’s third retail location in the country.

Putting out a tweet celebrating the new store, Apple CEO Tim Cook said “we’re glad to be a part of this vibrant community and we can’t wait to welcome customers to this spectacular new space.”

Introducing Apple Bağdat Caddesi, our beautiful new store in Istanbul. We’re glad to be a part of this vibrant community and we can't wait to welcome customers to this spectacular new space. pic.twitter.com/BtJiGDAeqq

Following its opening, Ömer Fatih Sayan, the deputy minister of transport and infrastructure, paid a visit to the store, before congratulating Cook and expressing hope the company makes production investments in Turkey.

“Congrats @tim_cook on your beautiful Apple in magnificent Istanbul,” Sayan tweeted. “I hope that it will be even more beautiful by hosting local app developers to reach global markets. I also hope to see production investments by Apple in Turkey.”

Congrats @tim_cook on your beautiful Apple in magnificient İstanbul. I visited there with @e_atila I hope that it will be even more beautiful by hosting local app developers to reach global markets. I also hope to see production investments by Apple in Turkey. Good work @FRYUNER https://t.co/sRgKt9YtqK pic.twitter.com/1sDlDPhTel

Apple said its two-level destination blends local materials with the latest store design to create an open and fluid space for customers to explore its products and services.

To celebrate the opening, the company said it will debut Perspektif Istanbul, a six-week Today at Apple program that pays homage to the city and its creatives.

Hosted by 20 local artists, the series brings creativity, culture and technology together into an experience that examines topics and values important to the community.

The store will also host an exclusive augmented reality (AR) exhibition that transforms the store into an immersive digital installation.

He was referring to a polishing cloth that Apple quietly launched last week alongside its new MacBook Pro (2021) and AirPods 3.

Plenty of people have mocked the cloth as a prime example of Apple charging high prices for products. The new nonabrasive polishing cloth for cleaning any Apple display costs an eye-watering $19, or nearly TL 200 in Turkey.

Prices of Apple products remain very high, considering that the minimum wage in Turkey stands at TL 2,825 ($294) a month. The wage was increased by over 21% from TL 2,324 as of January.

Apple describes the product as “Made with soft, nonabrasive material, the Polishing Cloth cleans any Apple display, including nano-texture glass, safely and effectively.”

Last year, Musk said he once reached out to Apple to discuss the possibility of the iPhone maker acquiring Tesla during its “darkest days,” but Cook blew off the meeting.