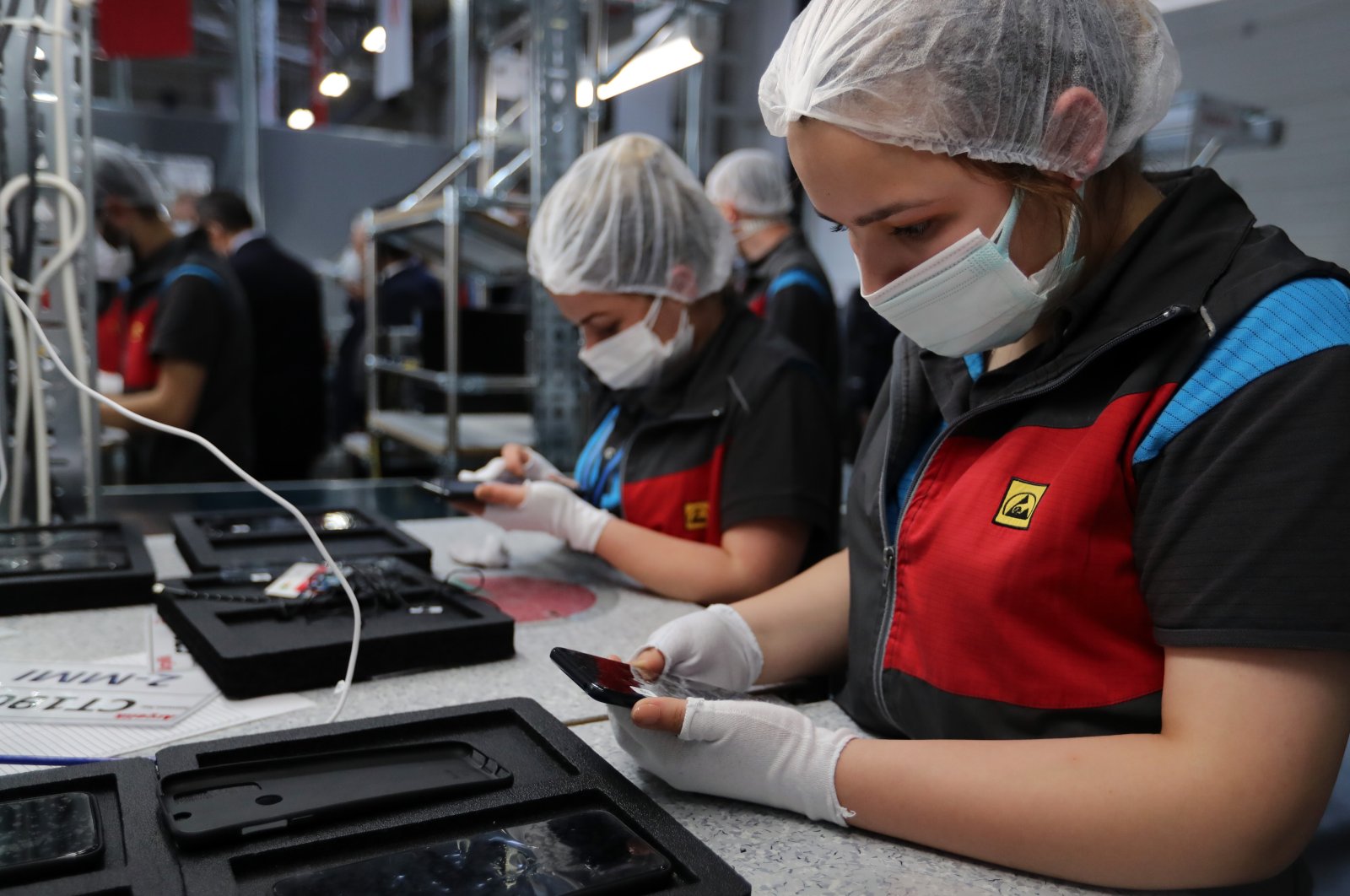 Rapidly growing consumer electronics industry firms from around the world have maintained an interest in production in Turkey. A technology giant that specializes in mobile devices, TCL has joined forces with Turkish electronics maker Arçelik and started smartphone production in the country.

Industry and Technology Minister Mustafa Varank, commenting on the development, said Sunday that the phones produced in TCL’s Turkey factory came off the production line.

He was speaking during a visit to the facility that started production with the TCL brand in the Çerkezköy organized industrial zone (OSB), located in the Kapaklı district of northwestern Tekirdağ province.

Varank stated that global brands in the smartphone market have started to invest in Turkey and that the market continues to grow gradually in the world and within the country.

“TCL has launched cooperation with Arçelik, and they are producing together. The annual production capacity of this place is 450,000 units,” he said.

Varank noted that while the production is currently carried out with the SKD (semi-knocked-down) system, the brand is aiming to bring more parts to Turkey and assemble them with the CKD (complete knock-down) system in the coming period while having an intention of increasing production capacity to 1 million phones in 2022.

Varank, emphasizing that TCL is an important brand both in China and the global market, said: “They are very strong especially in the LCD sector and the television market. They are starting to operate in Turkey, both in the television and smartphone market, with their production.”

Noting that Turkey provides a wide range of incentives and advantages to global brands and domestic manufacturers, Varank said that the foreign brands do not have to focus entirely on the Turkish market as they can export their products to nearby markets from here by reducing costs.

For his part, Ebiçlioğlu stated that TCL is one of the world's leading manufacturers of television and mobile phones.

"We started cooperation with them, primarily for the Turkish market and then for export. We commenced production of TCL branded mobile phones in our production facilities,” he said.

Zhang also pointed out that the government has provided them with many conveniences for working with a local partner and emphasized that this gives them more confidence in investing in Turkey.

Tunca, meanwhile, said they have completed the test production of the first mobile phone with the encouragement of the ministry.

“We are very excited to offer Turkish users Arçelik's added value and TCL's technical competencies,” he said, adding that their target is to produce four different mobile phone models in Tukey by the end of the year.

TCL is among the fastest-growing technology companies worldwide. Its television and mobile devices are sold in more than 160 countries, along with audio devices and smart home products. Arçelik, with which TCL has joined forces, sells its products in nearly 150 countries with its 12 brands and 30,000 employees worldwide.