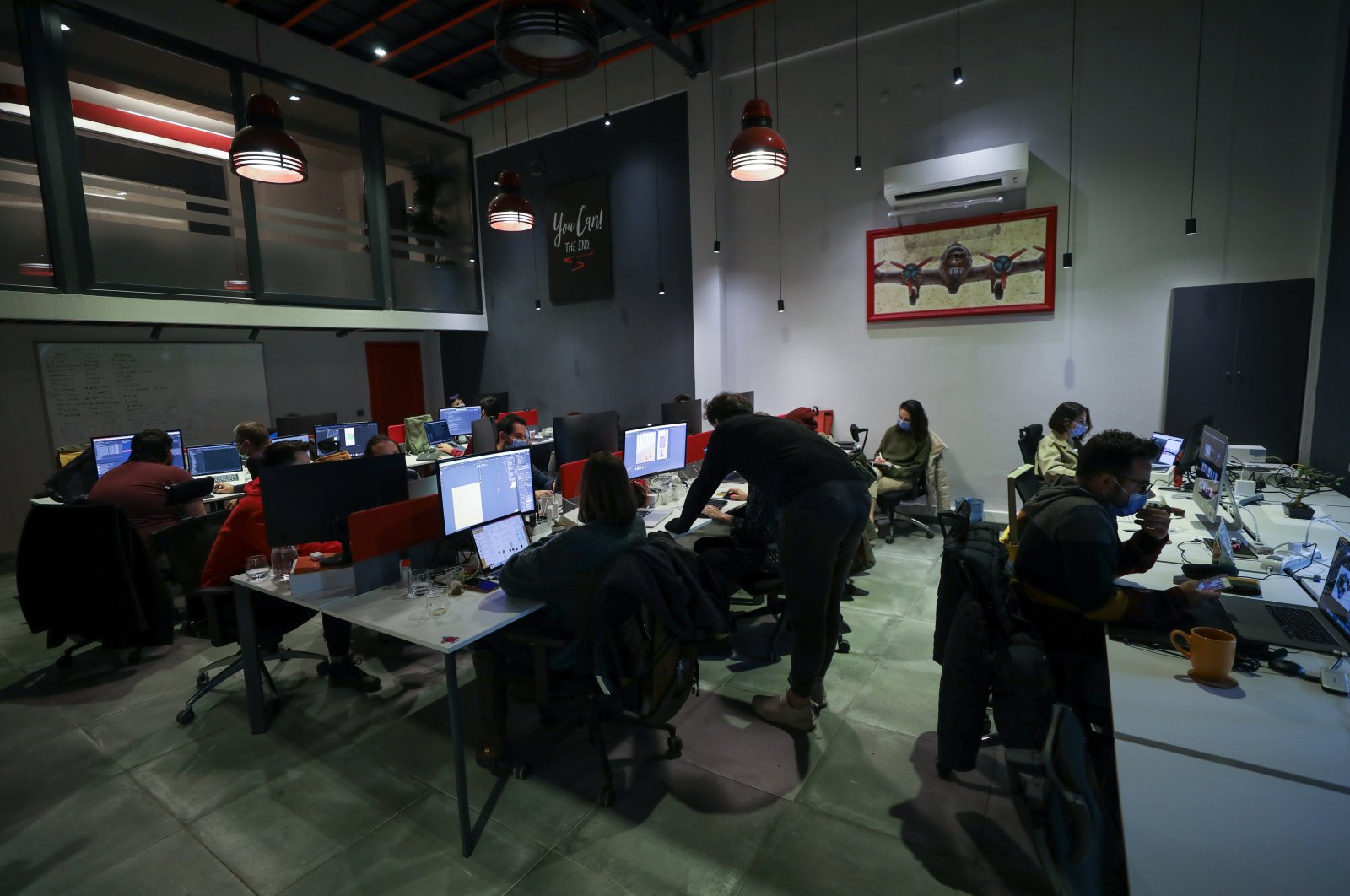 Ever-growing interest has enabled Turkey and its largest metropolis Istanbul to keep rising in the venture ecosystem, proven by the fact that around $509 million was invested in 62 startups from January through March

Turkey has managed to place itself among Europe's Top 10 countries in regards to the inflow of angel and venture capital investments from January through March, according to data compiled by startup monitor, startups.watch.

In the Middle East and North African region, the country ranked second only to Israel.

What’s more, the rise of Istanbul also continued as the metropolis ranked seventh among the European cities that received the most investment in the first quarter of 2021, the data showed.

Continuing from where it left off in 2020, despite the pandemic, the January-March period marked another record period for the Turkish startup ecosystem.

Namely, investment deals worth $509 million (around TL 4.11 billion) were made in 62 rounds in the said period, the startups.watch data showed, with fast delivery startup Getir and Dream Games leading the way.

Getir raised a total of $428 million in two investment rounds in the first quarter, namely $128 million in January and $300 million in March.

The latest round valued the startup at $2.6 billion, enabling it to become Turkey’s second unicorn, a term for startups that pass the $1-billion mark.

In the ranking made by startups.watch by cities, Istanbul maintained its leadership. Forty-nine of the 62 investments made in the first quarter of 2021 were made in ventures based in the metropolis.

After the successful sales deals of Peak and Rollic in 2020, the dynamism in the gaming industry has continued.

From January through March, 15 gaming ventures broke records after receiving an investment worth around $60 million.

Dream Games, which ranked second after Getir in the first quarter, received the largest investment in a single round with $50 million.

Again, Brew Games was among the other gaming startups that received a high amount of investment at the seed stage.

Banks also attracted attention in investments. Apart from fintech investments, Getir also got the lion’s share of the investments.

Thanks to corporate venture capital firm Finberg’s participation in Getir’s $128 million investment tour, corporations were involved in $154 million worth of investments in 18 investment rounds from January through March.

Alesta Yatırım has become the corporate investment company with the highest investment in the first quarter.

Speaking at the startups.watch online event, Alesta Yatırım co-founder Ibrahim Özer underlined that they invested in 39 different startups in their portfolios and that the number will reach 50 by the end of the year.

Özer stressed that they invested in startups in the early stage with Alesta, in those in the growth stage with Escort and another investment company in crowdfunding.

Apart from the record investments in the quarter, it can be said new funds also attracted attention.

Some four funds with a total value of $85 million were established and became ready to invest in the January-March period.

Funds focus especially on early-stage startups, while growth-oriented startups are on the investor’s radar. The return on investments of new funds encourages many traditional investors.

Gorillas, a Germany-based Turkish grocery delivery startup, launched a similar business model to Getir and raised $290 million in a Series B funding round, valuing the company at over $1 billion.

The fact that the German-based startup reached this valuation with the investments it collected in only two years, based on the business model of Getir, also explains the reasons for the interest that it received even from Getir’s Silicon Valley investors.

International investors are nowadays investing in the competition in Europe in terms of services that make home and office deliveries within 10 minutes.

State supports are important in the emergence of the startups in the early or seed stage as they are the first to provide them with funding.

In the first quarter, the Scientific and Technological Research Council of Turkey (TÜBITAK) provided approximately $6.6 million in support to 357 SME-scaled research and development (R&D) startups.

Supports that will lead to the birth of new ventures encourage the emergence of many high-tech startups.

Founded by Serkan Ünsal, startups.watch, which regularly reveals the research figures of the Turkish startups ecosystem, was also among the ventures that received investment.

“We have decided to become a partner for startups.watch, which we have been supporting since its foundation, to grow and spread to a wider audience,” 212 Founding Partner Ali Karabey said.

“It will be very beneficial for us to benefit from the experience and knowledge of the 212 team. I think we will grow exponentially with this partnership in the coming period,” Ünsal, founder of startups.watch, also noted.

The distribution of open banking licenses for financial technology startups in 2021 attracts the attention of institutions, as well as domestic and foreign investors.

Companies that develop cloud-based solutions can breathe a sigh of relief about cloud services. Now, they will continue to use international cloud services for R&D activities and while selling services.

Commenting on the decisions, Murat Güdücü said that while not taking the data abroad creates a problem, the problem is now solved with contracts. “Now, startups using cloud services abroad will be able to transfer data abroad easily by submitting a letter of undertaking,” Güdücü said.

“Financial technology startups started to get licenses. We can say that many international investors will start investing in this area in the upcoming period.”

The startups.watch event also witnessed Turkey’s leading information and communication technologies company Türk Telekom explaining the way it will use its fintech license amid the fact that the institutional interest in financial technologies has seen a noteworthy increase.

Türk Telekom Financial Technologies Director Tuğrul Taşgetiren stated that mobile payment will be the easiest method of payment and that they will appear before the consumer with a differently designed physical card.

“It has become possible to fill the Istanbul Card via SMS. We want to offer products that are easy to use in terms of customer experience. We are taking the first step in a prepaid card,” Taşgetiren continued.

“In collaboration with MasterCard, a fluorescent card with a brand new design is on its way. It will be a prepaid card where you can transfer money 24/7, distribute accounts, use GBs of internet packages from Türk Telekom. We will announce its name in the coming weeks. The design of the card, which the user can use anywhere and can be seen in any condition, is also quite different. We will present it as a financial solution that will make life easier for the consumer,” he noted.