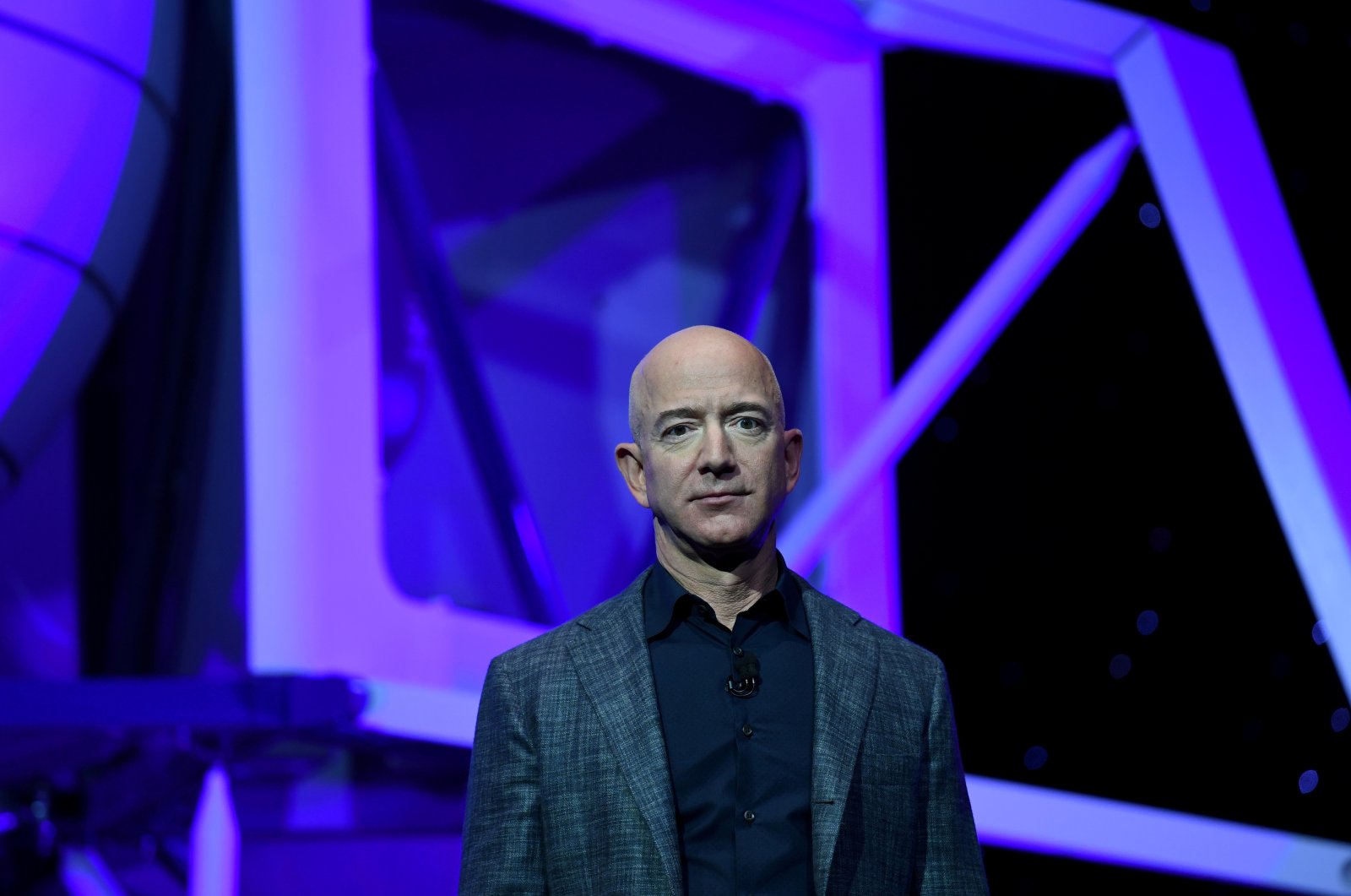 Amazon boss Jeff Bezos leaves an enduring legacy having transformed Amazon from a modest online bookseller into one of the world's most powerful corporations. Now, however, he will start a new chapter in his career.

Bezos, 57, was set to hand over the job of Amazon chief executive on Monday to Andy Jassy and turn his attention to his private space exploration firm, philanthropy and other endeavors. He will retain a key role, however, as executive chair at the technology and e-commerce colossus he founded 27 years ago.

The transition comes after a spectacular streak for Amazon, which has drawn attention for its innovations.

But the firm has also been vilified over business practices that have crushed competitors and raised concerns over treatment of a workforce of more than 1 million.

"Bezos has been a transformational leader... in book selling, the retail market, cloud computing and home delivery," said Darrell West, a senior fellow at the Brookings Institution's Center for Technology Innovation.

"He was a pioneer who introduced many of the conveniences that people take for granted, such as going to an online store, ordering something, and having it delivered to your home the next day. The whole e-commerce sector owes many of its innovations to this individual."

In public appearances, Bezos often recounts the early days at Amazon, started in his garage, when he packed up orders himself and drove boxes to the post office.

Today, Amazon has a market value of more than $1.7 trillion. It posted 2020 annual revenues of $386 billion from operations in e-commerce, cloud computing, groceries, artificial intelligence, streaming media and more.

Bezos "had an instinct for the right thing" in finding the next market, said Roger Kay, analyst at Endpoint Technologies Associates.

Kay said Bezos deftly transitioned from books to other merchandise to an online marketplace, and successfully built the cloud infrastructure for the company which became the highly profitable Amazon Web Services.

Amazon outlasted its rivals by forgoing profits in its early years "and reinvesting everything into expanding," Kay said.

"If you look at the trajectory now, it was all logical," Kay added. "You can say Bezos has been one of the best business architects of his time."

Bob O'Donnell of Technalysis Research said Bezos "wasn't the first or the only one, but he took the concept (of e-commerce) and worked to perfect it."

Amazon was able to outdo rivals because Bezos "recognized the need to build infrastructure," including the vast network of warehouses, trucks, planes and other logistics for the business, O'Donnell said.

"A lot of other companies didn't want to spend money on the messy behind-the-scenes work."

The stunning rise of Amazon has made Bezos into one of the world's richest people, with a net worth close to $200 billion, even after a divorce settlement which gave part of his stake to his ex-wife MacKenzie Scott.

Bezos will step away from day-to-day Amazon management to spend more time on projects including his space firm Blue Origin – which is set to take him into space later this month.

He owns the Washington Post newspaper and has devoted time and funds to efforts to fight climate change, while also facing criticism after recent reports that he paid no income tax at all some years.

His departure leaves questions about the future of Amazon as it faces a torrent of regulatory scrutiny and criticism from activists.

U.S. lawmakers are considering a measure that would make it easier to break up Amazon, amid concerns that a handful of Big Tech firms have become too dominant, hurting competition in a way that eventually harms consumers.

Amazon was well-positioned during the coronavirus pandemic with its fast delivery of goods and groceries, and boosted its U.S. workforce to more than 800,000.

While the company has boasted of its $15 minimum wage and other benefits, critics say its relentless focus on efficiency and worker surveillance has treated employees like machines.

The Teamsters union recently launched a campaign to organize Amazon employees, claiming its workers "face dehumanizing, unsafe and low-pay jobs, with high turnover and no voice at work."

Bezos appeared to respond to worker concerns earlier this year when he called for a "better vision" for employees after a bruising battle over a unionization vote in Alabama, which ultimately failed.

He laid out a new goal for the company to be "Earth's best employer and Earth's safest place to work," in his final letter as chief executive.

Yet Amazon is likely to face challenges ahead that will make it difficult to keep its trajectory.

"The backlash against this sector probably will result in stronger government oversight of technology companies," said West.

Kay said Amazon might become "a victim of its own success" and be forced to break up into two or more firms.

Still, he said that "each of those entities would thrive in its own market; I can easily imagine the sum of the parts being greater than the whole, so it might not hurt shareholders."