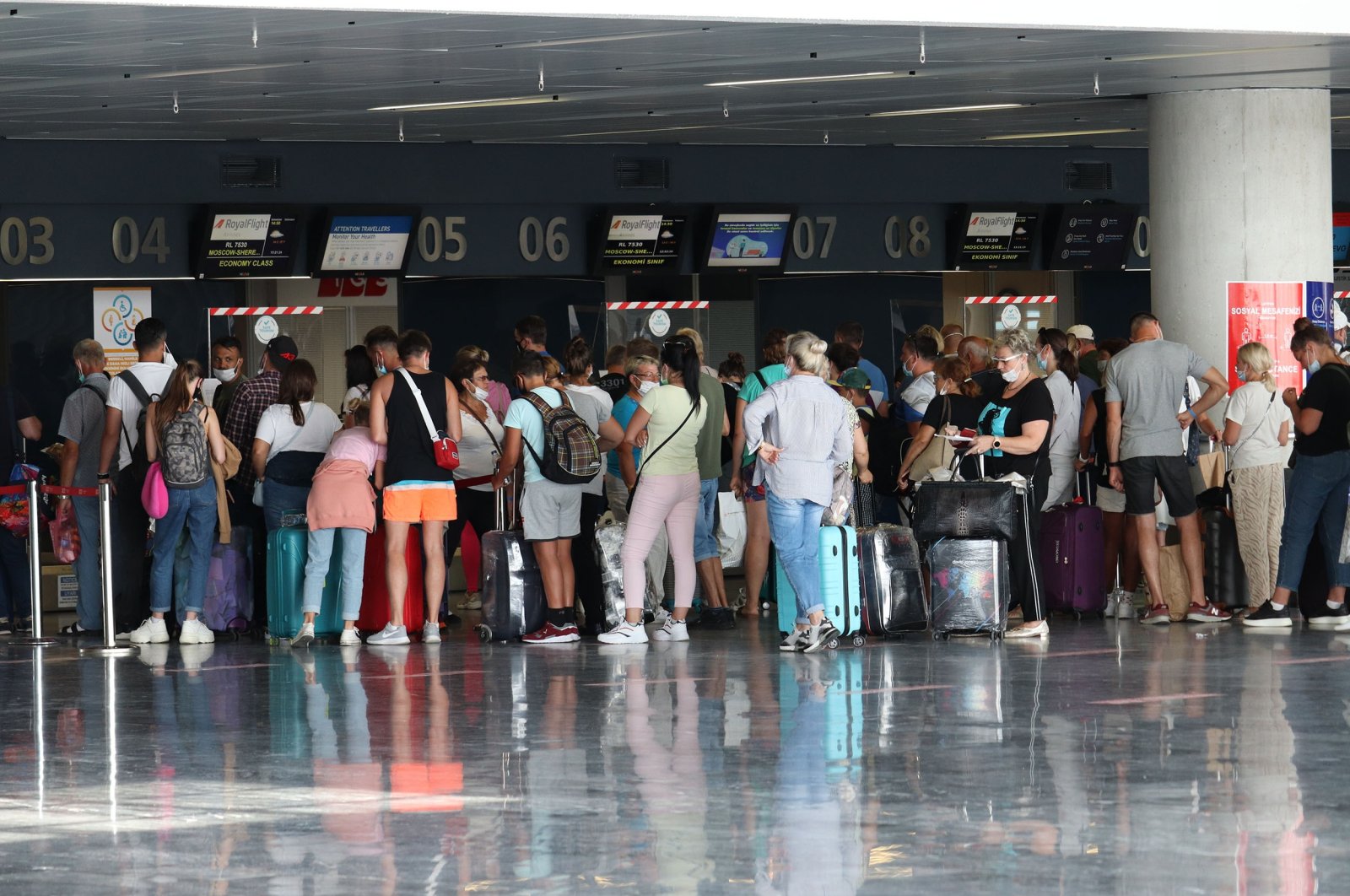 Russia extended its flight ban to Turkey until June 21, a move that could cost the industry 274 million euros ($334 million) alone in June, according to the Russian Association of Tour Operators (ATOR), while Turkish tourism operators state the bill could reach upwards of $500 million.

Ferit Turgut, chairperson of the Travel Agencies Union (TÜRSAB) Mediterranean Regional Representative Board said in a report by Turkish economics daily Dünya that Russian tourists will not be sure whether the flight restriction will be lifted on June 21 and that they may therefore shift their reservations.

According to Bülent Bülbüloğlu, head of the Southern Aegean Touristic Hoteliers and Operators Association (GETOB), hopes that travel will resume towards July still need to be maintained.

He also stressed that the tourism traffic has not yet been resumed in Turkey’s major competitors either.

“The most important thing is to complete vaccinations rapidly,” he said, noting that the countries that have made progress in vaccinations will be advantageous in terms of tourism.

Pointing out that the tourist season is getting off to a slow start this year, Sururi Çorabatır, chairperson of the Turkish Hoteliers Federation (TÜROFED), mirrored that vaccinations and the decrease in the number of new COVID-19 cases will play pivotal roles in the sector’s future.

“We did not lose our hope. We will start the season late, but we will extend the season,” he said underlining that Russian vacationers “do not have a quality alternative like Turkey.”

Turkey is the indispensable holiday destination for Russia, he added.

Turkey’s southern and western coasts and the Antalya province, in particular, have been a longtime preferred touristic hub for Russian holidaymakers.

The city welcomed some 445,671 foreign visitors from January through April this year while the number of Russian tourists doubled from a year ago despite Moscow’s decision to halt flights.

Tourists from Russia alone accounted for some 296,131 of the overall figures, according to official data released in mid-May.

Turkish authorities also accelerated the vaccination drive in the Mediterranean city, where more than 1 million doses have been administered to some 73% of the target population, according to Ünal Hülür, the provincial health director for Antalya.

Moscow on the first day of June announced its decision to extend its temporary restrictions on flights to Turkey. Moscow will not allow tourists to travel to Turkey until at least June 21 due to what the task force said was a “serious epidemiological situation” in Turkey.

Yet, the number of daily coronavirus cases in the country has dropped significantly over the recent weeks to below 7,000 – down from a record high of above 60,000 in April.

Turkish President Recep Tayyip Erdoğan on late Tuesday, speaking in an interview with state broadcaster TRT Haber, said his officials had held talks in Germany and Russia to prepare for the summer tourism season, adding there were positive developments.

The president also noted that he would hold talks on tourism with British Prime Minister Boris Johnson at this month's NATO summit after the United Kingdom imposed COVID-19-related travel restrictions on Turkey last month.

Turkey was put on Britain's travel "red list," prompting the UEFA Champions League final to be moved to Porto and the Formula One Turkish Grand Prix to be canceled.

Müberra Eresin, chairperson of the Turkish Hoteliers Association (TÜROB), on the current flight restrictions between Russian and Turkey, said the sector is going through a difficult period like last year.

“The occupancy rates in the first five months of the year in facilities across the country are in single digits. Moreover, more than 50% of the facilities are still closed,” she said, noting that the situation in the industry is currently far below expectations.

“The extension of the ban had great repercussions in Russia as well,” Eresin informed, noting that apart from the tourism sector itself, Russian tourists also took to social media, where they posted harsh criticisms of the last-minute decision.

According to ATOR, 338,000 people had booked their reservations for Turkey between June 1 and June 30, when flights were expected to be resumed.

ATOR Vice President Dmitry Gorin said that there are now many cancelations and refunds and the industry is in trouble.

However, he said “65% of the tourists still have not given up on their Turkey reservations,” and they will wait for the June 21 decision.

Russian Tourism Union press spokesperson Irina Turina also noted that the extension of the charter flight ban would be a heavy blow for the industry as “there is no alternative to offer instead of Turkey.”

“Destinations to be opened will not help the industry,” she said.