100 more, locally made metrobuses in the works for Istanbul 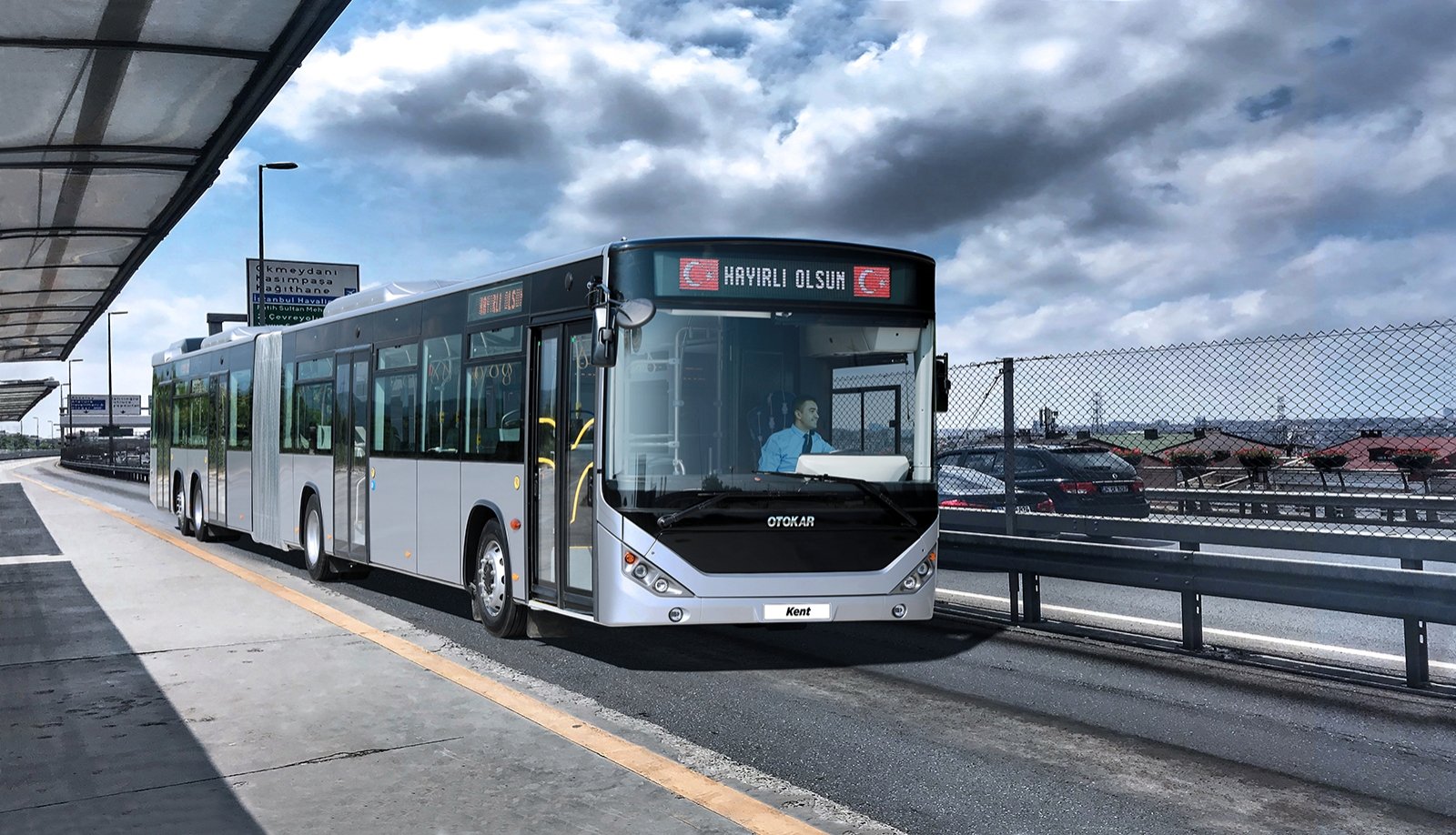 Otokar, the company producing passenger buses for Istanbul Metropolitan Municipality (IBB), will now manufacture metrobuses as well, made entirely in Turkey. Otokar announced on Monday that they received a letter of invitation after offering the best bid in a tender for the acquisition of 100 metrobuses.

Metrobuses, operating on an exclusive line stretching from the Asian to European sides of the city of more than 15 million people for some 50 kilometers (31 miles), are the primary choice of mass transit for millions. Though packed during rush hours in particular, it is the most viable option for a faster travel across the city without getting caught in heavy traffic jams. More than 600 metrobuses, mostly imported long buses, operate along the line daily.

Otokar, which supplied nearly 900 buses to IBB’s mass transit services earlier, was the sole bidder in a tender for new metrobuses held last month. The tender has stipulated that the new metrobuses should have a capacity of at least 190 passengers. In a written statement, the company announced that they would manufacture 21-meter-long (69-foot-long) buses with a 200-passenger capacity.

The new metrobuses will be an advanced version of the Kent buses made by Otokar already in use in the city. Otokar General Manager Serdar Görgüç said that more than 1,000 public transportation buses of their company have been serving the IBB since 2012. “As Turkey's leading bus manufacturer, we know the conditions and public transportation challenges of Istanbul, one of the largest cities in the world. We are aware of the responsibility that Istanbul's public transit requires. We brought our experience to our product development. We designed and developed the 21-meter version of the articulated KENT C (City Bus), which provides safe rides for millions of passengers every day in Turkey and around the world, accordingly,” he said.

A subsidiary of leading Turkish conglomerate Koç Holding, Otokar is among the leading commercial and military vehicle manufacturers in the country with exports to more than 35 countries and joint ventures in France, the United Arab Emirates (UAE) and Romania and Kazakhstan.