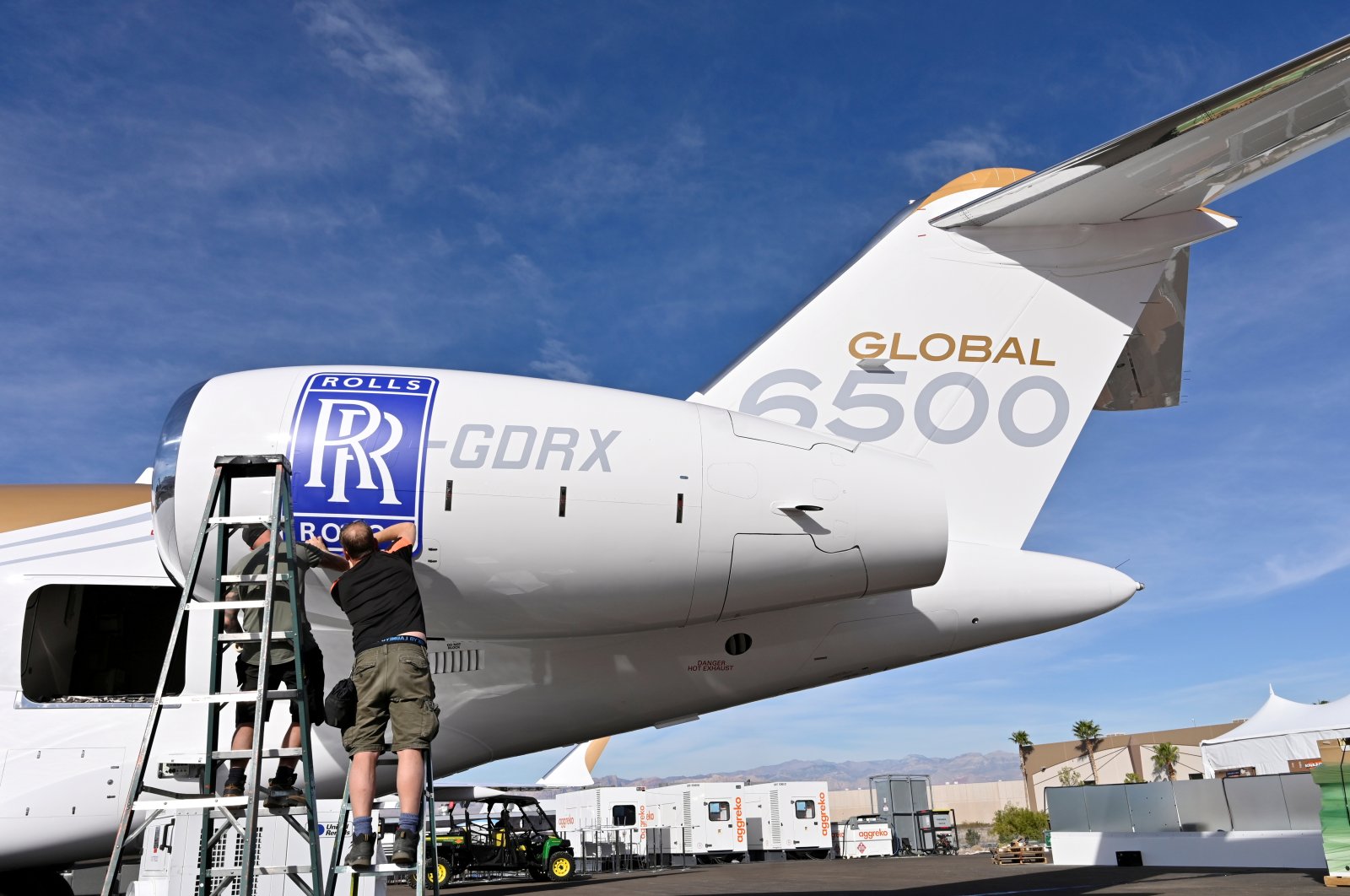 Workers apply a Rolls-Royce decal to the engine of a Bombardier Global 6500 business jet at the Bombardier booth at the National Business Aviation Association (NBAA) exhibition in Las Vegas, Nevada, U.S., Oct. 21, 2019. (Reuters)
by REUTERS Mar 11, 2021 11:38 am
RECOMMENDED

Rolls-Royce plunged to a worse than expected 4-billion-pound ($5.6 billion) loss in 2020 as the pandemic stopped airlines flying, but the British engine-maker stuck to its forecast to burn through less cash this year.

Rolls' model of charging airlines for the number of hours its engines fly meant much of its income dried up last year when travel stopped. In 2020, it secured a total of 7.3 billion pounds in debt and equity to help it survive.

Last year's cash burn of 4.2 billion pounds was in line with analysts' expectations, and Rolls guided that would reduce this year to 2 billion pounds, turning positive in the second half when travel is expected to pick up. Rolls' civil aerospace arm accounts for just over half of group revenue in a normal year.

On an underlying pretax basis, Rolls posted a loss of 4 billion pounds, worse than the 3.1-billion-pound loss forecast by analysts.

Despite that, the company said on Thursday its liquidity position was strong and it could cope with even a severe downside scenario.

After taking on 5.3 billion pounds of debt last year, Rolls is planning to repair its balance sheet by selling assets worth 2 billion pounds, the major part of which will be Spain-based ITP, which is currently on the block.

"Our planned sale of ITP Aero is progressing well with ongoing conversations with a number of potential buyers," Rolls said.

But its asset sale plan ran into problems this week when Norway suspended the 150-million-euro ($179.36 million) sale of Rolls' Norwegian unit, Bergen Engines, on security grounds.

Jefferies analyst Sandy Morris said Rolls had "much to do," but it was feasible. "The possibility of reaching modest net debt by end 2023 is alive," he said.

Rolls' cash flow improvement depends on airlines flying 55% of 2019 levels during 2021. The company said its assumption is for travel to gradually improve this year, accelerating in the second half as vaccine programs progress.

Blaming tightened travel restrictions in the early part of this year, the company warned in January its 2021 cash burn would be worse than previously expected.