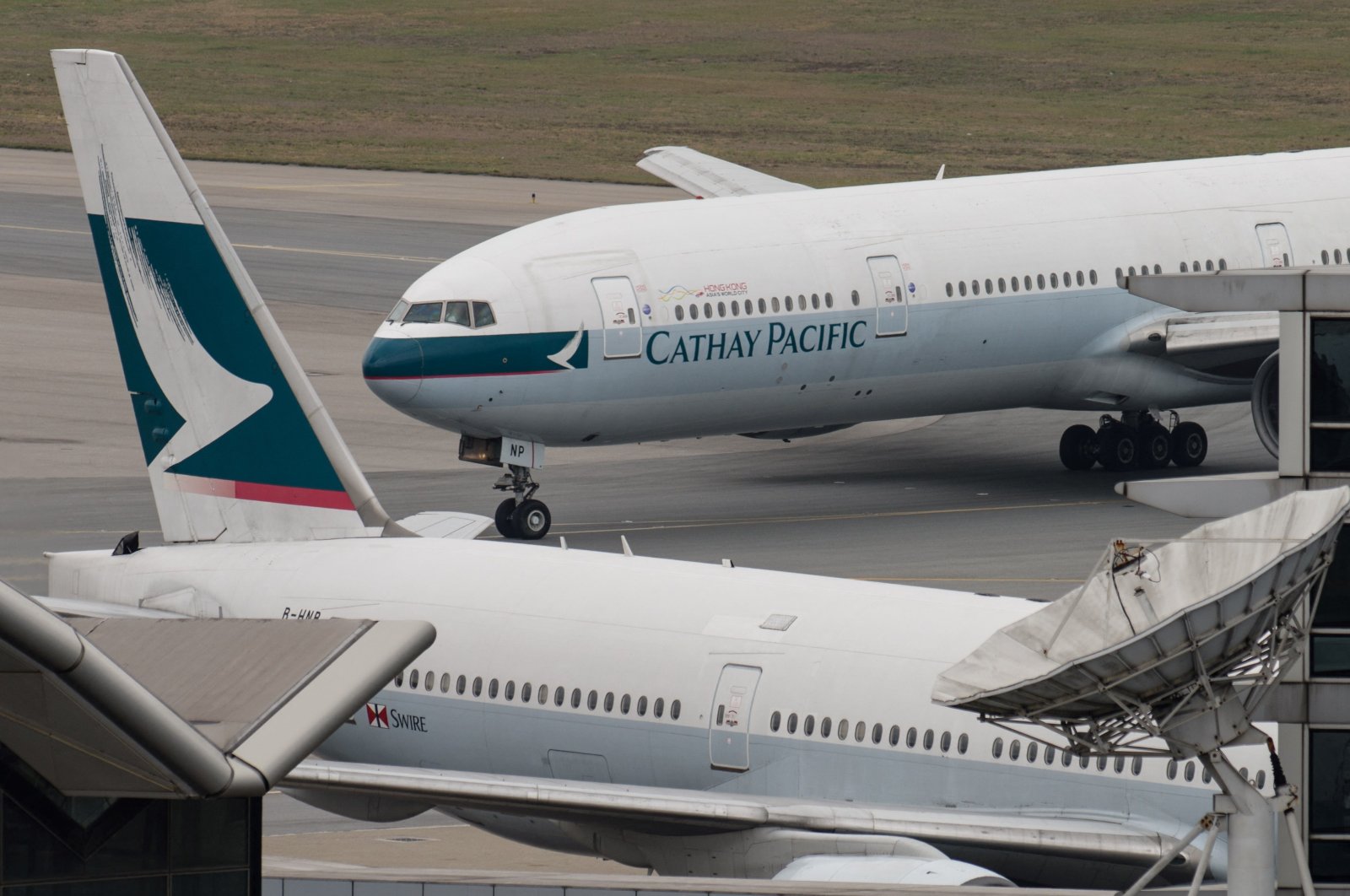 The city government says the air carrier faces possible legal action over an outbreak of omicron variant of the coronavirus that began with two aircrew breaking home quarantine rules and has forced a tightening of social distancing measures.

An ongoing government investigation is the latest setback for Cathay Pacific, which has been battered by the pandemic and seen rising anger from pilots and crew over Hong Kong's virus controls.

Chairman Patrick Healy sent a video message to all staff on Tuesday thanking them for the sacrifices they have made during measures that often leave them separated from families for weeks.

"What you have been through during the past two years is quite simply unparalleled," he said.

"Collectively our crew spent over 62,000 nights in quarantine hotels in 2021, in addition over 1,000 of you have spent more than 11,000 nights in Penny's Bay," he added, referring to Hong Kong's government quarantine camp.

Healy argued that a "tiny minority" of rule-breakers should not overshadow Cathay Pacific's contributions to Hong Kong and that he believed the airline's crew arrangements were in line with government policy.

Following China's lead, Hong Kong maintains a strict zero-COVID strategy that has kept cases low but largely cut the international finance hub off from both the mainland and the rest of the world for the last two years.

Most arrivals currently face at least 21 days in quarantine, among the longest isolation periods in the world.

Pilots and aircrew face less strict rules but must still often spend time in either hotel or home quarantine when they return from trips overseas.

Cathay Pacific has also been operating "closed-loop" routes where pilot and crew volunteer to spend weeks only shuttling between their planes and airport quarantine hotels.

The figure of 73,000 nights in quarantine – the equivalent of 200 years – laid bare the extent of isolation for the airline's crews.

Unlike other carriers, Cathay Pacific has no domestic market to fall back on and a recent tightening of quarantine rules for aircrews has pushed it to scale back cargo flights – the one part of the business that was making money.