EasyJet to operate 90% of fleet in summer despite new doubts 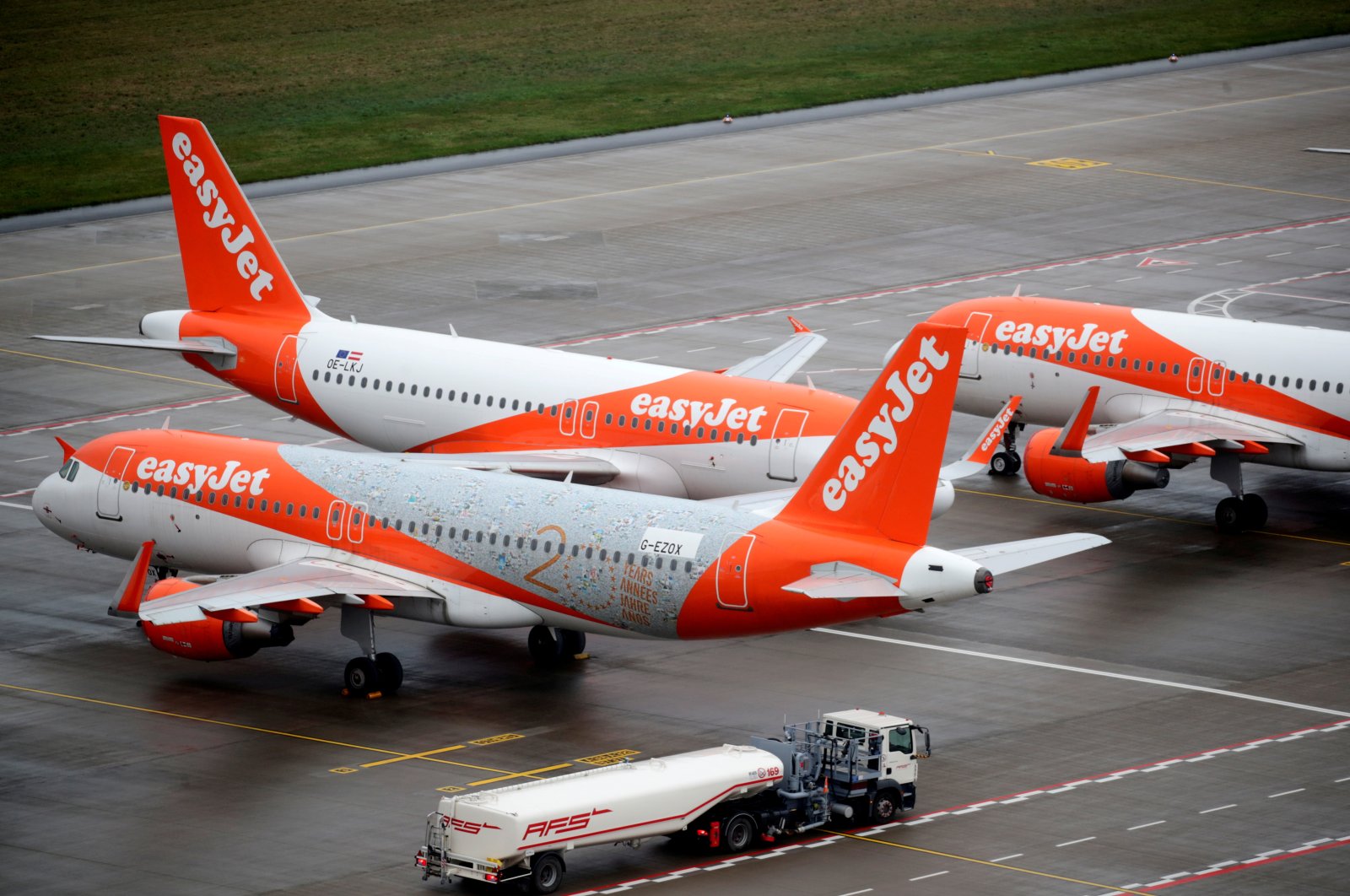 EasyJet airplanes are parked on the tarmac during the official opening of the new Berlin-Brandenburg Airport (BER) "Willy Brandt," in Schoenefeld near Berlin, Germany, Oct. 31, 2020. (Reuters Photo)
by Agencies May 20, 2021 2:06 pm
RECOMMENDED

EasyJet said it was poised to ramp up summer flight schedules with an easing of COVID-19 restrictions, but the low-cost airline warned that the late announcement of travel rules reduced visibility as it reported a wider half-year loss.

EasyJet expects to operate about 15% of pre-crisis capacity in the current April-June quarter, it said Thursday, before returning furloughed crews for a much-anticipated summer surge.

"We have the ability to flex up quickly to operate 90% of our current fleet over the peak summer period to match demand," Chief Executive Johan Lundgren said in the airline's results statement.

As the peak season approaches, travel firms are pushing governments to drop quarantines and other curbs for vaccinated passengers and lower-risk destinations.

Britain's "green list" of unrestricted countries is up for review in the coming weeks, but the government has warned that the highly contagious coronavirus variant first detected in India may yet slow the pace of reopening.

The group faced a loss after taxation of £549 million ($777 million) in the six months to the end of March compared with a loss of £324 million a year earlier.

The airline, which is based north of London in Luton, added more than 150,000 seats on flights after the British government announced so-called green list countries from which U.K. passengers will not need to quarantine upon their return home.

The U.K. green list currently comprises a handful of nations and territories including EasyJet destinations Gibraltar, Iceland and Portugal.

"EasyJet is encouraged by the reopening of travel across much of Europe and will maximize opportunities for European flying," the carrier said.

"EasyJet is the largest operator from the U.K. to green list countries and is looking forward to taking customers on a long-awaited holiday this summer."

The airline will fly only 15% of its 2019 capacity levels in the company's third quarter, or three months to the end of June, but this is expected to be ramped up thereafter.

It also logged a first-half pretax loss of £701 million, widening from £193 million last time around, but this was at the lower end of guidance.

Underlining the summer doubts, the airline gave no firm capacity plan for its July-September fourth quarter.

"Given the continued level of short-term uncertainty it would not be appropriate to provide any further financial guidance," it said. The carrier said its cost-cutting program was on track to save £500 million this year.

Conditions are nonetheless ripe for a strong summer rebound. EasyJet said it increased capacity by more than 105,000 seats after the publication of the U.K. green list, which triggered a U.K.-Portugal bookings spike.

"We know there is pent-up demand," CEO Lundgren said.