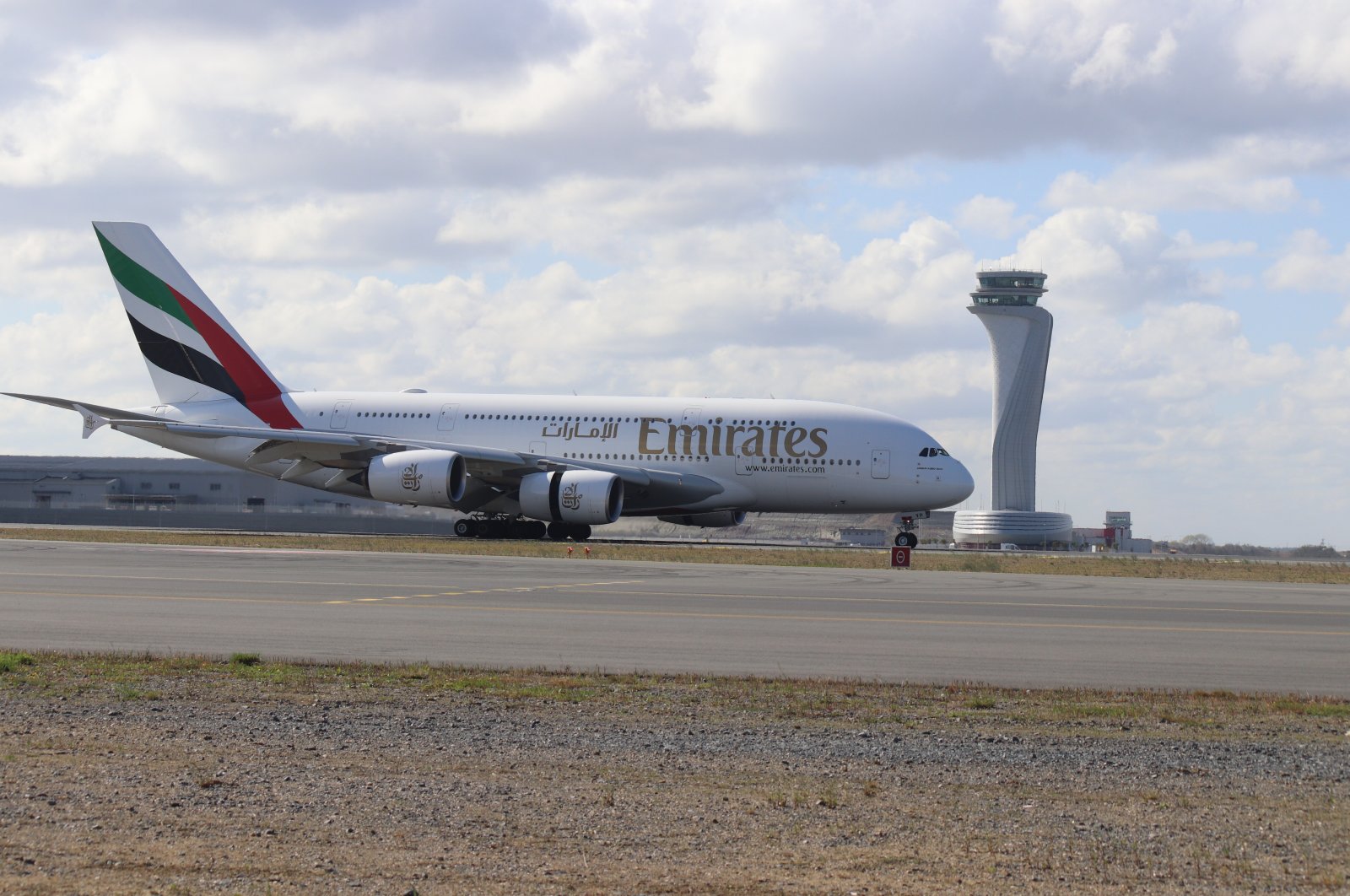 An Emirates Airbus A380 aircraft, the world's largest passenger plane, touched down for its first scheduled flight to Istanbul Airport on Tuesday.

The carrier had earlier announced that it would start daily A380 flights to Istanbul from Oct. 1.

Speaking on the recent developments, al Ghaith said “Emirates has been keen to bring the A380 to the fantastic new Istanbul Airport ever since it opened.”

“We are delighted to finally see our flagship in this beautiful city as it joins many other top destinations we currently serve with the A380,” he said.

Al Ghaith also noted that Turkey is a crucially important market for Emirates and Istanbul was one of the very first destinations they flew to in their early years.

Emirates made its first flight to Turkey on July 31, 1987, between Dubai and Istanbul. Now, it operates 17 flights a week to and from Istanbul.

"Bringing the A380 service to Turkey is a major milestone for Emirates. I would like to thank again the Turkish Directorate General of Civil Aviation, who have been hugely supportive in working with all the stakeholders to make today’s A380 touchdown in Istanbul a reality," he said.

The Dubai-based airliner, with the iconic aircraft, is now offering a total of 517 seats, with 14 private suites in First Class, 76 mini pods with lie-flat seats in Business Class and 427 spacious seats in Economy Class, increasing capacity per flight by more than 150 passengers compared to the current Boeing 777-300ER.

The double-decker A380 is the world’s largest commercial aircraft in service and while Emirates is the largest operator of A380s with 118 currently in its fleet.

The An-225 took off from the Ukrainian capital Kyiv at the beginning of October for a series of flights. It flew to Almaty, Kazakhstan and from there to Tianjin, China, the first stop in its commercial flight.

The Antonov An-225's production was completed in 1988. An improved model of the An-124, the An-225 was produced to carry the Soviet space shuttle, Buran.

Only one of these aircraft, which is used in cargo transportation, has been produced so far. Currently operated by Antonov, the aircraft is used to transport loads of large size and weight.

The giant six-engine aircraft has a wingspan of 88 meters and a length of 84 meters, making it the world's largest cargo aircraft. The aircraft has a curb weight of 285 tons and a maximum takeoff weight of 640 tons.

Istanbul Airport ranked second in the "World's Best Airports" list prepared for the “2021 Readers' Choice Awards” announced by travel magazine Conde Nast Traveler, which is one of the most prestigious travel publications in the world.

More than 800,000 Conde Nast Traveler readers from around the world sent tens of thousands of ratings and reviews, sharing their latest travel experiences about the world's best hotels, resorts, cities, countries, islands, spas, trains, car rental services, airlines and airports as part of the survey.