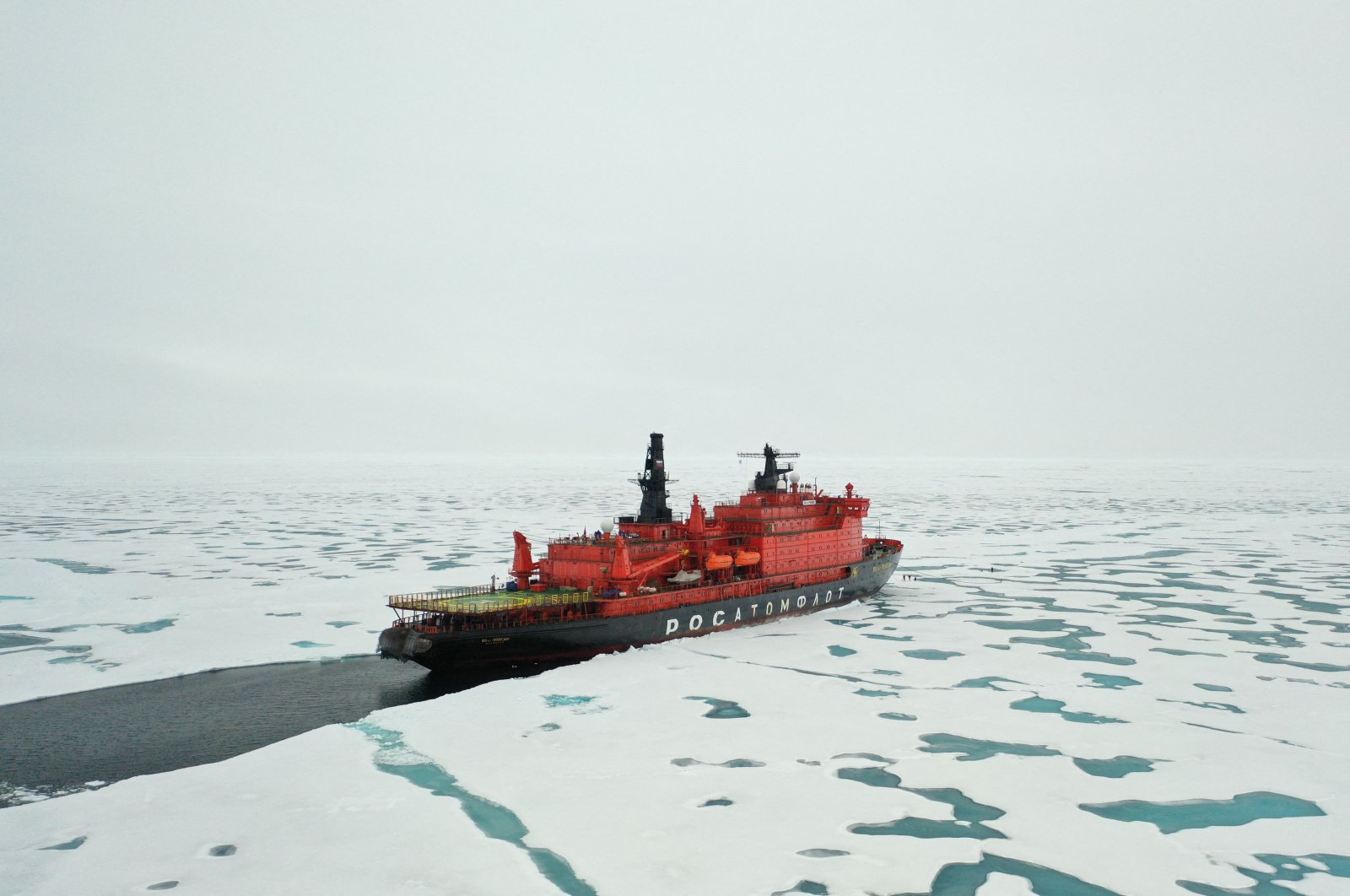 As ice cover in the Arctic recedes with climate change, Russia is hard at work to secure supremacy in the warming region with a fleet of giant nuclear-powered icebreakers.

Moscow sees the development of the Arctic as a historic mission and already has huge projects to exploit its natural resources.

Its next big plan is for year-round use of the Northern Sea Route (NSR), a shipping lane through Arctic waters Russia hopes could rival the Suez Canal.

Here are some key facts about Russia's plans for the Arctic:

As an icebreaker called the "50 Years of Victory" left the port of Murmansk for the North Pole this summer, its captain told an Agence France-Presse (AFP) journalist on board that Russia has a special role to play in the Arctic.

"A third of our territory lies above the Arctic Circle. Our ancestors have long mastered frozen waters. We are continuing this successfully," Dmitry Lobusov said.

President Vladimir Putin has made the development of the Arctic a strategic priority and state companies such as Gazprom Neft, Norilsk Nickel and Rosneft already have major projects in the Arctic to extract oil, gas and minerals.

"In terms of resources, we're talking about 15 billion tons of oil and 100 trillion cubic meters of gas. Enough for tens if not hundreds of years," he said.

The NSR links the Pacific to the Atlantic through Russian Arctic waters.

It is not currently navigable year-round without the help of icebreakers, though in summer some specialized classes of ships can pass through.

With the ice cover receding, Moscow is aiming for year-round navigation by 2030.

The route between east Asia and Europe is considerably shorter than through the Suez Canal.

When a huge container ship blocked the busy Suez shipping lane in March, Moscow touted the Northern Sea passage as a "viable alternative."

Russia's state atomic energy corporation Rosatom, which is developing the route and icebreaker fleet, says 735 billion rubles ($10 billion) will be invested by 2024, including 274 billion rubles in state money.

Rosatom, which already has a fleet of five icebreakers and a container ship, is building four more nuclear-powered vessels within the next five years.

Each ship costs more than $400 million to build. Construction requires more than 1,000 people and takes five to seven years.

No other country operates a comparable fleet, with the United States and China mostly using diesel-electric icebreakers.

Environmental groups have slammed the race for hydrocarbons and the increased presence of nuclear reactors in the Arctic – an already fragile ecosystem dramatically affected by climate change.

Greenpeace has said that "the incident-ridden history of Russian nuclear icebreakers and submarines" should cause alarm.

"Of course, risks arise when implementing projects in such a fragile ecosystem," Rosatom told AFP in a statement in response to environmental concerns.

But, it said, the "economic opportunities for both the local population and global economy" of the NSR exceed environmental risks.