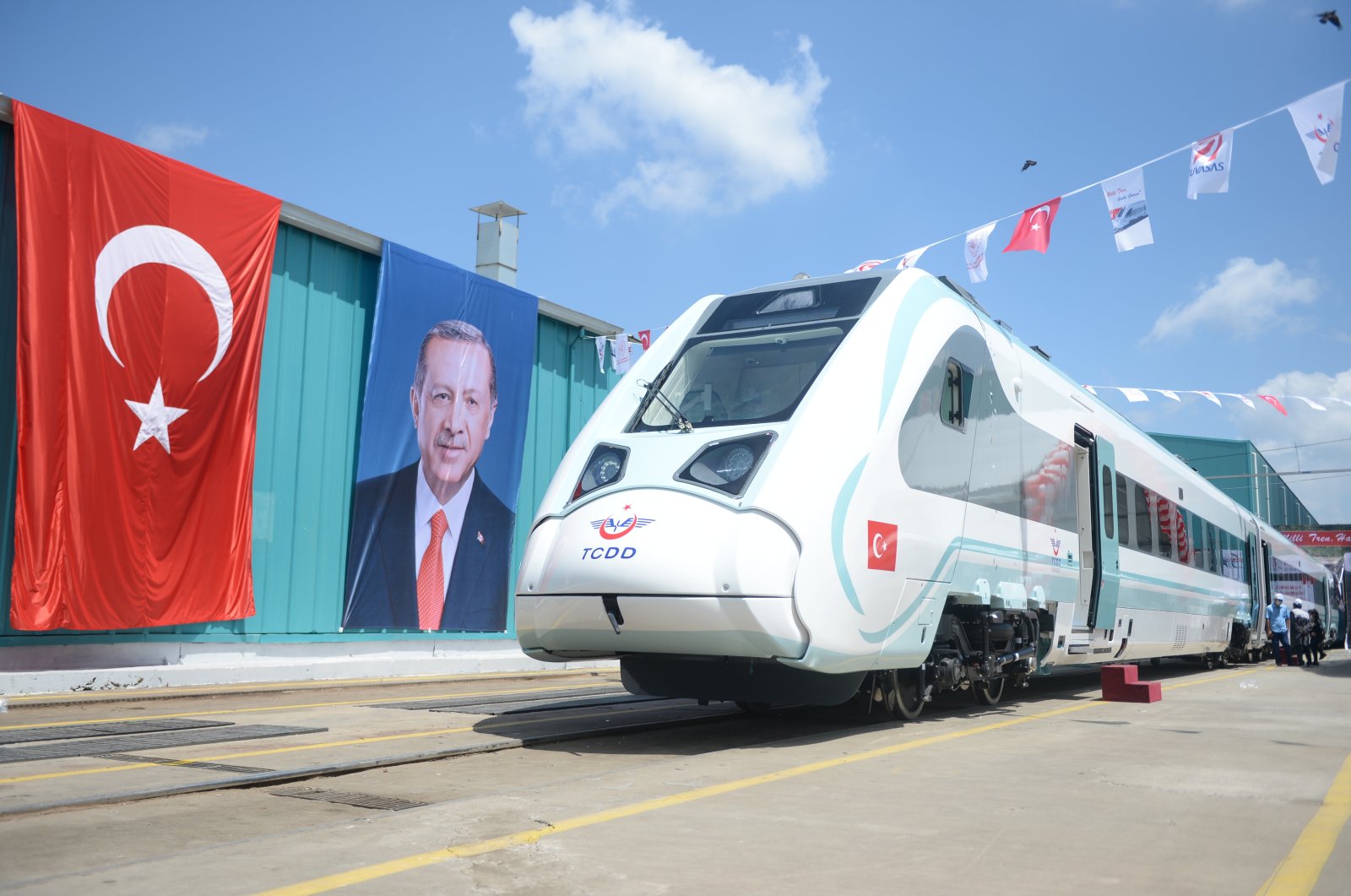 Turkey aims to have 16,775 kilometers (10,423 miles) of railway tracks by the Turkish Republic's 100th anniversary in 2023, the Turkish Transport and Infrastructure Minister Adil Karaismailoğlu said Saturday.

The current length of railways in the country is 12,803 kilometers, Karaismailoğlu told journalists in the central province of Yozgat.

Underlining that Turkey has made significant railway investments over the last 19 years, he said the country dominates the Iron Silk Road from China to Europe.

The Belt and Road Initiative – sometimes referred to as the New Silk Road – is an ambitious development program to connect Asia with Africa and Europe via land and maritime networks along six corridors with the aim of improving regional integration, increasing trade and stimulating economic growth.

He said Turkey was also making an effort to develop national and indigenous technologies to modernize its railways.

The first transit train from China to Europe, using the Middle Corridor and the Baku-Tbilisi-Kars railway (BTK), was a Chinese export train that reached Turkey in 12 days and arrived in Prague via the Marmaray with a total travel time of 18 days in 2019.

As part of the critical phase of the China-led Belt and Road Initiative project, a trillion-dollar infrastructure development project encompassing a potential of 3 billion people across 65 countries, the first China Railway Express train service along the Middle Corridor from China to Europe passed through the Marmaray tunnel Nov. 6, 2019.

The Chinese transit train passing through the Marmaray was a milestone in international rail freight transportation.

The train departed from China and entered Turkey thanks to the “Trans-Caspian International Transport Route" (TITR) train line.

Currently, 5,000 trains travel along the line known as the Northern Railway Corridor, which passes through Russia connecting the world’s production centers in China with Europe. It is expected that some of those trains will use the Middle Corridor, thus establishing Turkey's importance in international logistics.

Turkey, which has been significantly investing in railway transportation in recent years, sent off two export trains, one headed to Russia and the other to China, using the BTK railway from the capital Ankara January this year. The train to Russia was the first block train to use the route while the second one, which was carrying the mineral boron in its containers, was the third China-bound freight train.