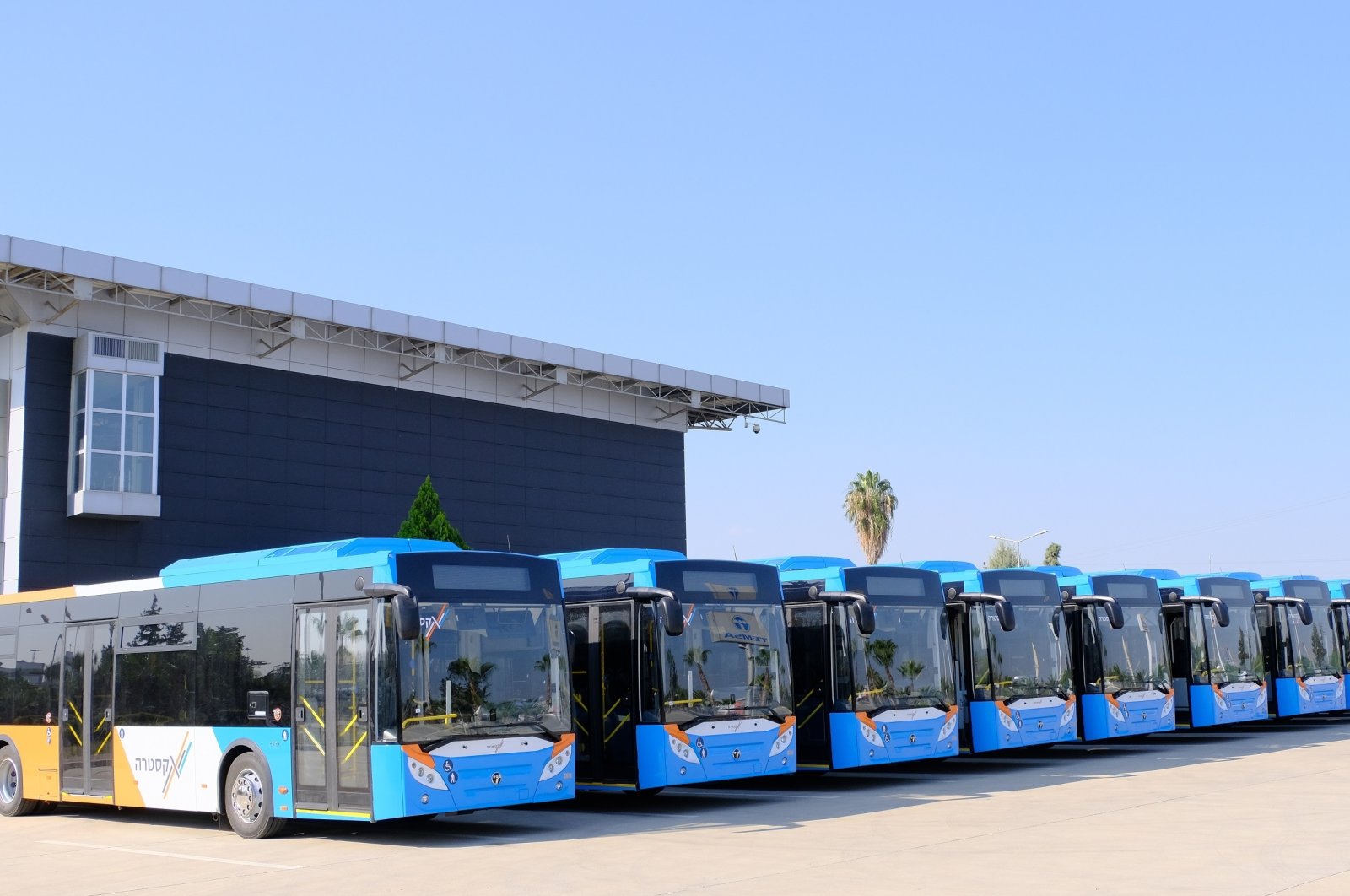 According to a statement released by the Adana-based company, its export expansion into European and global markets will be supported by these deliveries, contributing to growth across different geographies including the Middle East.

Through the public transportation systems it has developed, the company continues to offer modern solutions to cities in both domestic and global markets. In particular, TEMSA's environmentally friendly LF12 model with an E6 diesel engine will have its number substantially increased on Israeli roads.

TEMSA designed the LF12 models with special attention to the smallest details. All options requested by Dalhom Motors, including special designs such as the destination board of the vehicles and the ticket machine, were built to completion at the TEMSA factory in Turkey.

"We are increasing our activity abroad day by day," said Hakan Koralp, TEMSA's deputy general manager of sales and marketing.

Koralp continued: "2021 has been a year of growth for TEMSA, which has taken firm steps forward in the markets we operate in. Finally, we believe that the fleet of 83 vehicles we delivered to Israel in a year will not only keep up with the city's architecture, but also set an example for the 'smart cities' vision with their economic, comfortable, safe and environmentally friendly structure. At the end of a year in which we had a say in the European market, we took a solid position in the Middle East with this delivery."