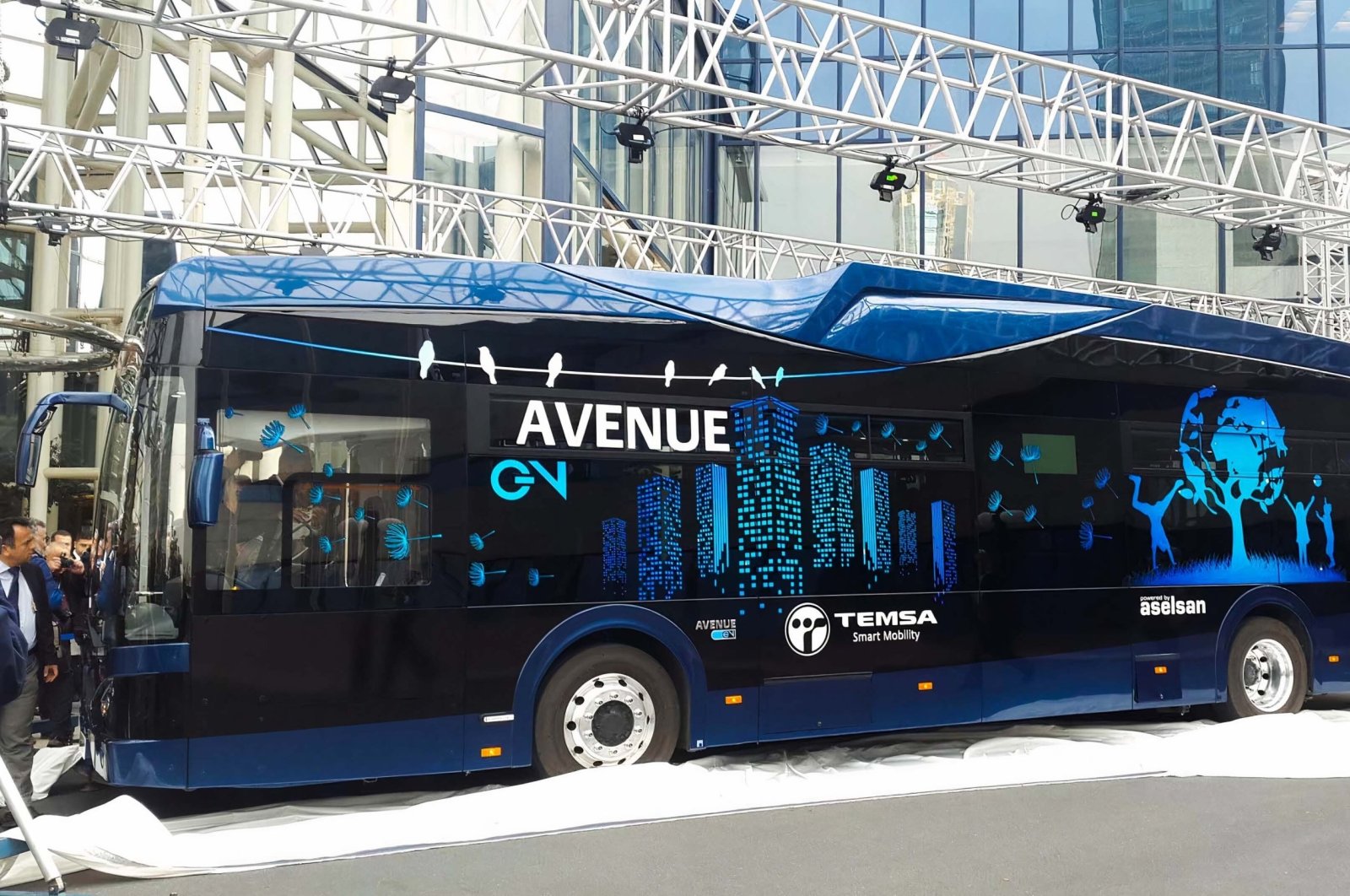 TEMSA, one of Turkey's largest coach and bus manufacturers, is leading the green transformation of the sector with its wide range of electric vehicles (EVs).

The company operates under the umbrella of PPF Group, the main partnership between Turkey’s Sabancı Holding and Skoda Transportation, and is among the few manufacturers in the world that can offer its customers more than one model alternative with MD9 electriCITY, Avenue Electron and Avenue EV models already ready for mass production.

Having proven its success at home, TEMSA is now preparing to expand its export market to the United States, with the first stop being Silicon Valley.

TEMSA CEO Tolga Kaan Doğancıoğlu said that as part of the fight against climate change, the demand for electric vehicles is increasing at home and abroad and that they fully support the European Union's net-zero target by 2050.

“As TEMSA, we focus on reducing our impacts that may deepen the climate crisis, using energy efficiency and renewable energy for low-carbon growth, directly reducing carbon emissions, and developing technologies that will support a sustainable future. Our goal is to support the fight against the climate crisis, which is one of the most important global problems while growing our business,” he said.

Doğancıoğlu, stating that they started an early "mobilization" toward this aim, said that his company is minimizing the environmental impact of products by reducing the carbon footprint with electric vehicles and battery technologies that they have developed.

TEMSA has developed different types of electric vehicles in urban and intercity segments, he said.

Doğancıoğlu stated that their vehicles will soon be on the roads in different regions of the U.S. He added that they have conducted studies on autonomous buses while explaining the short- and medium-term goals of the company.

“Together with our sister company Skoda Transportation, we are also increasing our global presence. Shortly, our self-produced electric vehicles with all their technology will enter the U.S. market. We also continue our work on the autonomous buses at full speed. We'll try it first in controlled areas, on roads, or on university campuses. In the next three to four years, TEMSA will have developed autonomous vehicles along with electric vehicles,” the company CEO said.

“While we have focused more on intercity transportation until today, we will now be very active in urban electrification solutions. Skoda is very experienced and strong in areas such as trolleybus, tram and train. We aim to increase our effectiveness in these areas as well,” he said.

The manufacturer, based in the Southern Turkish province of Adana, made its first electric city bus MD9 electriCITY export to Sweden. The vehicles, which were sold to Connect Bus, one of its local operators with a fleet of 1,000 buses, were to be used in and around Ockero island, which aims to completely reset its carbon footprint in 2030. Romania and the Czech Republic followed Sweden in buying electric buses from TEMSA.

Participating in the electric bus tender opened by the Romanian city of Buzau with its Avenue Electron model electric vehicles, the company was preferred over its global competitors. TEMSA, together with Skoda, made its first electric bus delivery in the Czech Republic with the Prague Transportation Company. The fleet of 14 buses will be delivered by the end of 2021.

Most recently, TEMSA also delivered 48 environmentally friendly buses to the Israeli bus operator Dalhom Motors. The company's LF12 model with an E6 diesel engine will now be seen in greater numbers on Israeli roads. The delivery raised the number of TEMSA-branded vehicles delivered to Israel to 83 in just one year.