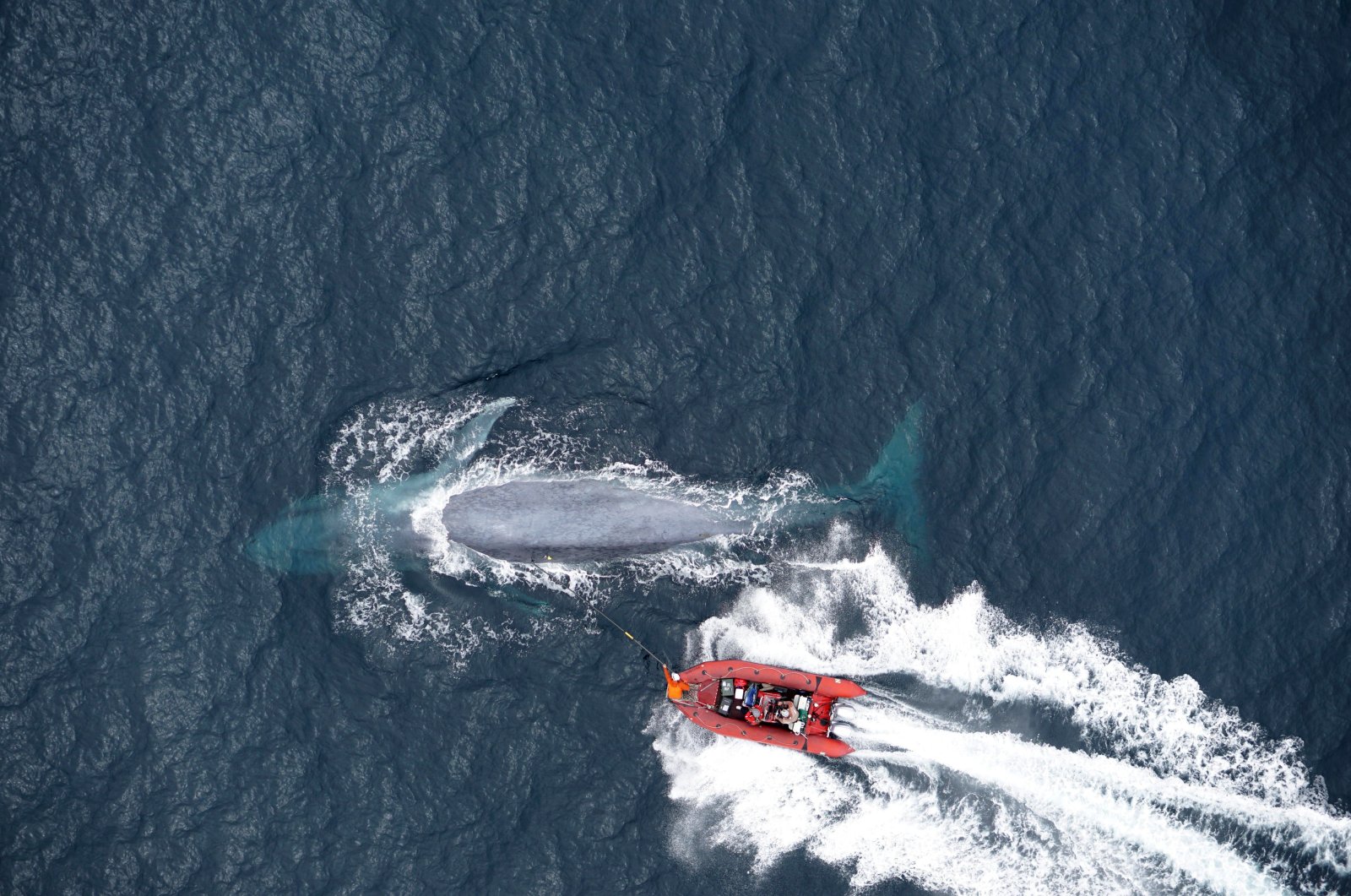 A study has finally revealed something that we have all been curious about: how much do whales actually eat. The answer: a whole lot.

The blue whale, the largest animal in Earth's history, eats about 16 tons of krill daily in the North Pacific, gobbling up these tiny shrimp-like crustaceans with a filter-feeding system in the mouth using baleen plates made of keratin, the substance found in people's fingernails, scientists said on Wednesday.

"That is roughly the weight of one fully loaded school bus," said study co-author Nick Pyenson, curator of fossil marine mammals at the Smithsonian Institution's National Museum of Natural History in Washington.

The researchers calculated daily food intake for seven baleen whale species, tracking 321 individual whales in the Atlantic, Pacific and Southern Oceans from 2010 to 2019. These gigantic marine mammals were found to eat up to three times more food than previous estimates that were based on stomach contents of hunted whales or extrapolations from smaller marine mammals.

"It is an unimaginable amount of food. But large whales are themselves unimaginable. A blue whale is the size and weight of a Boeing 737," said Stanford University marine biologist Matthew Savoca, lead author of the study published in the journal Nature.

Blue whales, larger than even the biggest dinosaurs, can reach 110 feet (33 meters) long and 200 tons.

The researchers determined how often each whale engaged in feeding behavior using electronic tag devices suction-cupped to the animal's back, with a camera, microphone, GPS locator and an instrument that tracks movement. Drones were used to estimate the size of a whale's mouth area and how much prey it could engulf. An acoustic method measured nearby prey biomass.

Most baleen whales do not eat year-round, having a feast-or-famine annual cycle. They eat about 100 days annually, typically during a summer breeding season, while eating little the rest of the year. Based on eating 16 tons in a day, the blue whale would consume perhaps 1,600 tons annually.

Since the whales eat more than previously known, they also produce more excrement, an important ocean nutrient source. By catching prey and defecating, they help keep nutrients suspended near the sea surface to generate blooms of carbon-absorbing microscopic organisms called phytoplankton that form the base of marine food webs.

Pyenson said the study's calculations suggest that before baleen whale numbers were dramatically reduced by 20th century industrial whaling, they had consumed more food than all of the world's current krill biomass and global fisheries combined.

"The implication of these numbers is that whales supported far more productive ocean ecosystems before whaling, and that promoting whale recovery in the 21st century may restore ecosystem functions lost in the past hundred years," Pyenson added.