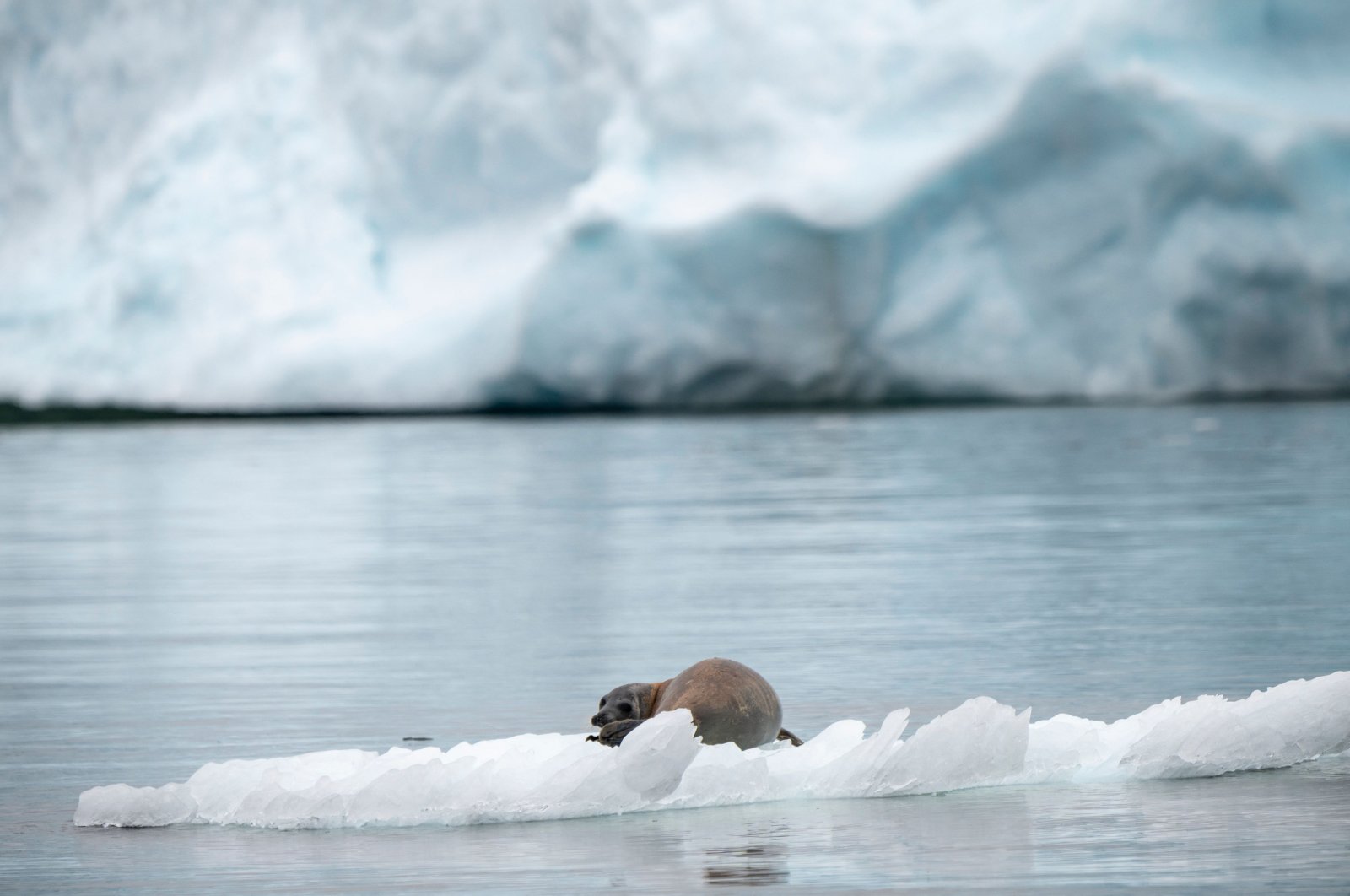 A seal sits on an iceberg off King's Point in Newfoundland, Canada. (AFP File Photo)
by French Press Agency - AFP May 20, 2021 3:24 pm
RECOMMENDED

The Arctic warmed three times faster than the planet as a whole between 1971 and 2019, in yet another sign of a global warming crisis, according to a report published Thursday.

Even the smallest fraction of a degree makes a huge difference. The chances of ice disappearing entirely in summer – before freezing again in winter – are 10 times greater if Earth's temperature rises by 2 degrees Celsius (3.6 degrees Fahrenheit) than if it rises by 1.5 degrees Celsius, a target laid out by the Paris Accord.

The alarming data is part of a report by the Arctic Monitoring and Assessment Programme (AMAP) published to coincide with a ministerial meeting this week of the Arctic Council in Reykjavik, Iceland, gathering countries bordering the region.

"An important update is that the increase in Arctic annual mean surface temperature (land and ocean) between 1971 and 2019 was three times higher than the increase in the global average during the same period. This is higher than reported in previous AMAP assessments," the report's authors said.

The previous update, in 2019, said annual average warming in the Arctic was "more than twice the global mean, with higher increases in winter."

In less than half a century, from 1971 to 2019, the Arctic's average annual temperature rose by 3.1 C compared to 1 C for the planet as a whole, according to the updated report.

"Under most (greenhouse gas) emission scenarios, the vast majority of ... models project the first instance of a largely sea-ice-free Arctic in September occurring before 2050," the report said.

September is usually the month with the least sea ice.

According to forecasts cited in the report, by the end of the century, average temperatures in the Arctic are expected to rise by between 3.3 C and 10 C above the average for the period 1985-2014, with the final figure depending on future greenhouse gas emissions.

Earlier this week, the European Space Agency (ESA) said that a huge iceberg broke off from an ice shelf in Antarctica.

Called A-76 and roughly the shape of Manhattan – but more than 70 times bigger – it was picked up on satellite images and is "currently the largest berg in the world." It is now floating through the Weddell Sea, the ESA said Wednesday.