At pace with glaciers: World slowly transitions to green energy 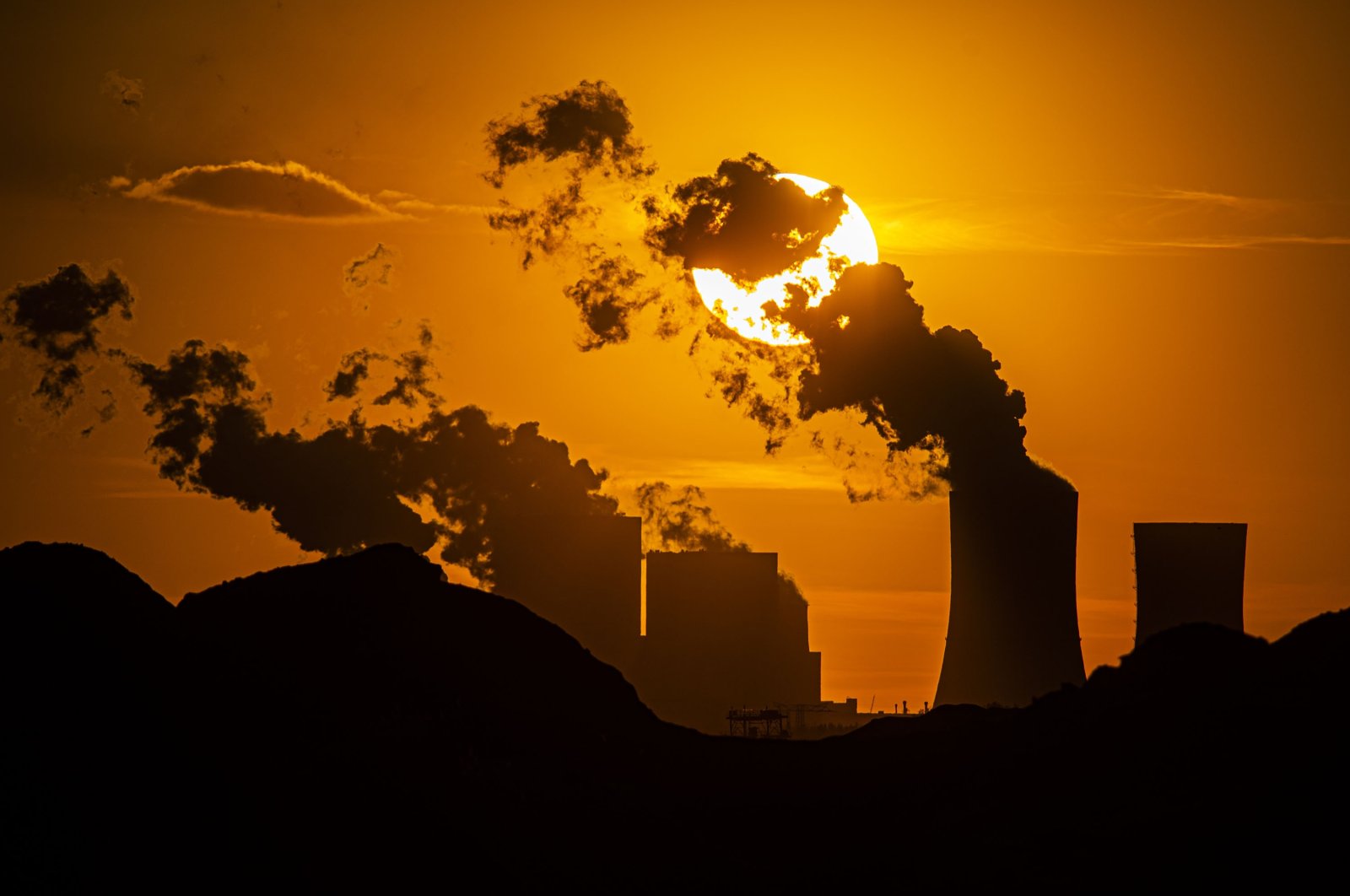 The sun sets behind a coal-fired power station Boxberg and the open-face mine Reichwalde, in Hammerstadt, Germany, April 9, 2020. (Getty Images)
by French Press Agency - AFP
Oct 11, 2021 9:40 am

The world is set to blow past the 2 degrees Celsius (35.6 degrees Fahrenheit) global warming limit that was put forward in the 2015 Paris climate agreement, as nations worldwide have failed to keep pledges, make budgets and accelerate the transition toward cleaner energy. There has been some progress but unfortunately at a snail's pace, which means the globe will get warmer still.

While the COVID-19 pandemic initially caused a drop in greenhouse gas emissions as economic activity ground to a halt, the pandemic may not have accelerated the shift to renewables.

Renewables are now the No. 2 source of electricity in the world with a 26% share in 2019 – behind coal, but ahead of natural gas and nuclear.

Wind and solar power have grown at annual rates of 22% and 36%, respectively, as their prices have plunged since 1990.

Even during the pandemic, 26 gigawatts (GW) of capacity were added last year, setting a new record, according to the International Renewable Energy Agency (IRENA).

But the use of fossil fuels in final consumption (electricity, transportation fuel, heating and factory production) has held steady.

Pushed by tighter pollution regulations, leading automakers are aiming to scrap internal combustion engines within the next decade or sharply cut their production as they shift toward all-electric futures.

Roads are still crowded with polluting cars: electric vehicles only make up 5% of new units sold.

The International Energy Agency (IEA) says consumers continue to prefer big SUVs – they accounted for 42% of sales in 2020 – that pollute more than smaller models.

From Australia to China to the European Union, more and more nations are setting their sights on green hydrogen for lorries and factories.

While burning hydrogen as fuel emits just water, most of the gas is made in a process that produces harmful emissions.

Finding cost-effective ways to produce hydrogen cleanly and developing the infrastructure for its use will require more effort, with the IEA urging a quadrupling of investments in the sector.

In mid-2020 some 44 countries and 31 cities accounting for 60% of global economic output had carbon pricing (taxes or quotas) schemes in place, according to the I4CE think tank.

Carbon prices aim to make polluters pay for some of the social costs of emissions such as health care costs due to poor air quality and crop damage due to climate change.

Experts say the price needs to be between $40 and $80 per ton of CO2 to push polluters to increase efficiency or shift to renewable energy sources.

However, the price is under $10 for 75% of covered emissions.

The Ren 21 think tank said the coronavirus pandemic provided an opportunity to shift public policy, but countries provided six times as much investment money to fossil fuel than renewable energy projects in their economic recovery plans.

After dropping by 7% thanks to the pandemic, CO2 emissions are expected to hit new records by 2023 if those investments are not shifted.

Investment in renewable energy has been sliding for several years in emerging and developing nations except for China, and the coronavirus pandemic has done nothing to change the situation.

These countries hold two-thirds of the world's population and are responsible for 90% of the growth in emissions, but they are receiving only 20% of investments into clean energy, according to the IEA.

Long ago baptized as "king coal" for its outsized role in powering the world economy, the fuel remains in wide use in Asia to meet the region's growing needs for electricity.

The global economic recovery means that coal demand is likely to surpass its 2019 level and thus also retain its crown of being the leading source of greenhouse gas emissions.

China, which has been a major financer of coal projects in other nations, announced in September that it is halting the practice.