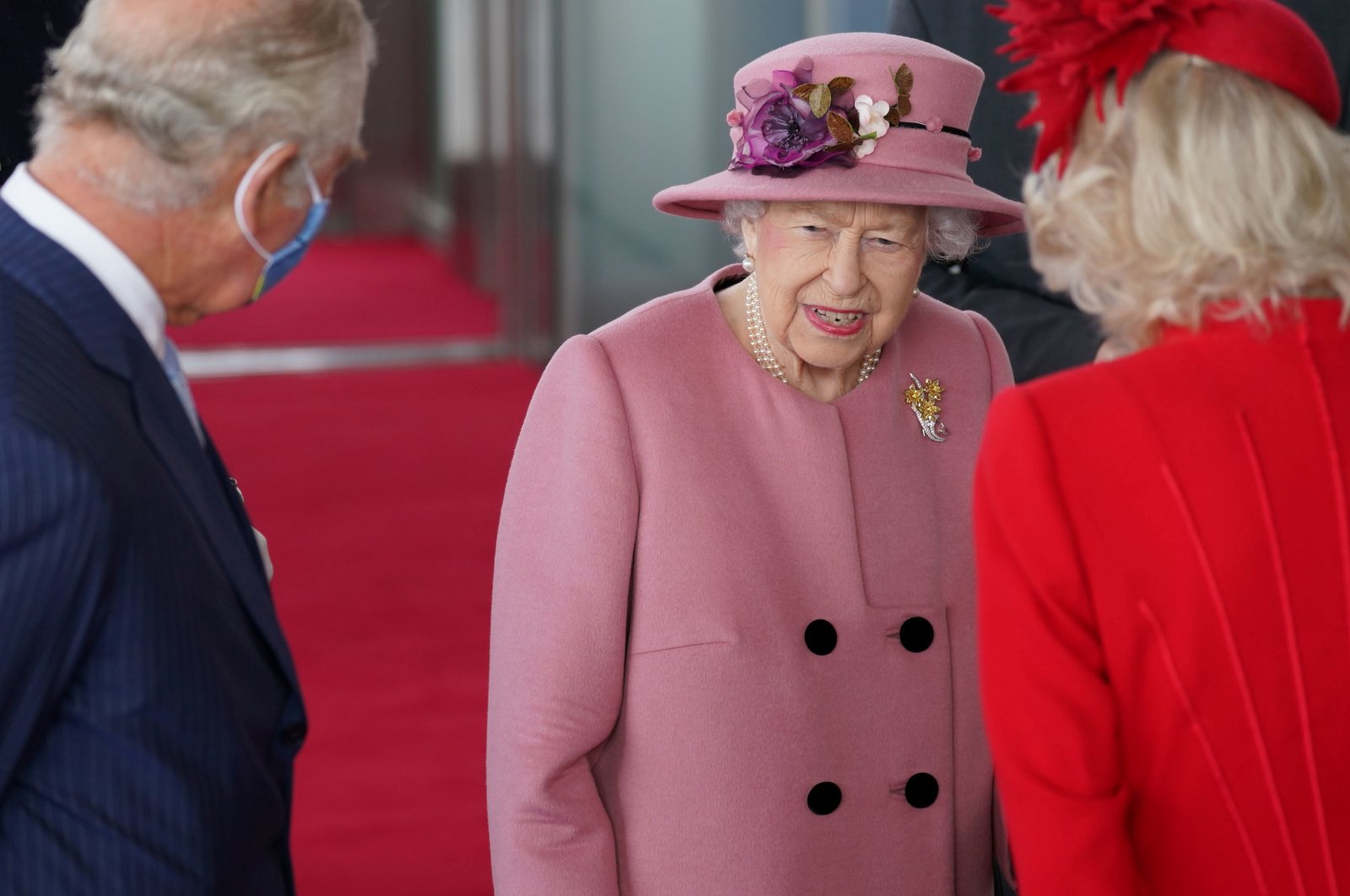 Britain's Queen Elizabeth, accompanied by Prince Charles and Camilla, Duchess of Cornwall, attends the opening ceremony of the sixth session of the Senedd in Cardiff, Britain, Oct. 14, 2021. (REUTERS Photo)
by Agencies Oct 15, 2021 10:53 am
RECOMMENDED

Britain's Queen Elizabeth on Thursday was overheard expressing her irritation with world leaders who passionately discuss climate change but do little to actually address it.

"Extraordinary isn’t it. I’ve been hearing all about COP," the 95-year-old monarch told Camilla, Duchess of Cornwall, the wife of her son, Charles, Prince of Wales, and the presiding officer of the Welsh assembly.

"Still don’t know who is coming," the queen said, according to Reuters.

"It's really irritating when they talk, but they don't do," Elizabeth said in a conversation picked up by a microphone.

The queen's comments come ahead of Britain hosting the 26th United Nations Climate Change Conference of the Parties, or COP26, in Glasgow on Oct. 31-Nov. 12. The conference aims to gather big power support for a more radical plan to tackle climate change.

The monarch is not the only British royal to express frustration with the superficial global support.

In an interview with the BBC on Thursday, the queen's grandson Prince William criticized the latest developments in space tourism: "We need some of the world's greatest brains and minds fixed on trying to repair this planet, not trying to find the next place to go and live."

Looking ahead to the COP26 summit in Glasgow, he warned world leaders against "clever speak, clever words, but not enough action."

His comments came ahead of the inaugural Earthshot Prize awards ceremony, his initiative to honor those working on environmental solutions, scheduled for Oct. 17.

The guest list remains unclear for the upcoming climate conference.

According to a report by The Times newspaper, British Prime Minister Boris Johnson has been told Chinese President Xi Jinping will not attend the COP26 climate summit in person.

"It is now pretty clear that Xi is not going to turn up and the PM has been told that," The Times quoted an unidentified British source as saying. "What we don’t know is what stance the Chinese are going to take."

The Times said British organizers fear that Xi's decision to stay away could be a prelude to China refusing to set new climate change goals amid an energy crunch. The Chinese Embassy in London could not be reached for immediate comment.

Xi, China’s most powerful leader since Mao Zedong, has not left the People's Republic since the beginning of the coronavirus pandemic. He has joined video calls with global leaders.

China is the world's largest greenhouse gas emitter so Xi's absence from discussions – either in person or via video calls – would mark a setback for Johnson's hopes of getting world leaders to agree on a significant climate deal.

Xi, 68, who has served as general secretary of the Central Committee of the Chinese Communist Party since 2012, attended the 2015 Paris climate conference.