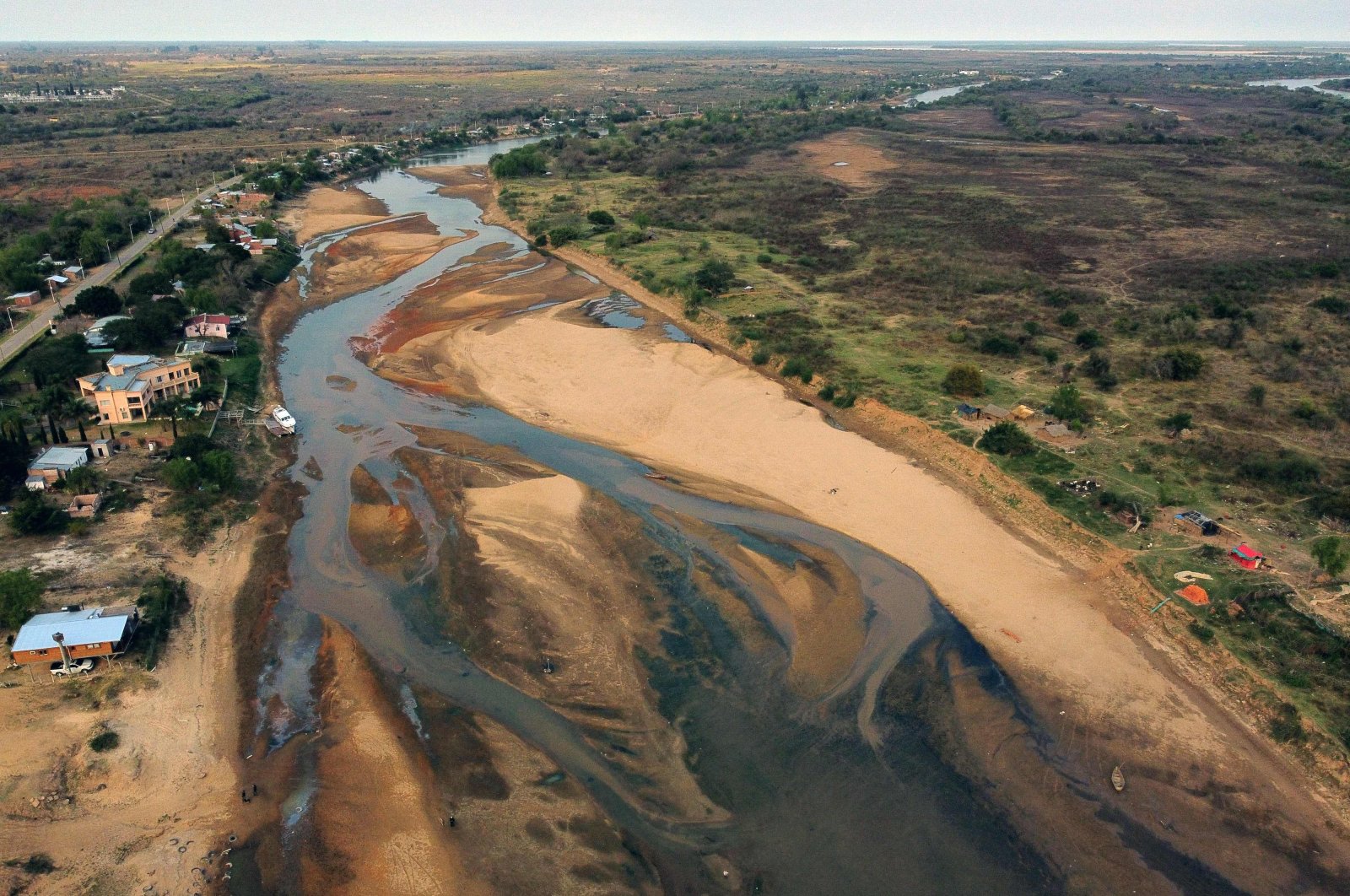 A vital outlet to the sea for the landlocked South American nations of Paraguay and Bolivia, the continent's second-longest river, the Parana, is seeing its lowest levels in nearly three-quarters of a century, leaving environmentalists to wonder if climate change is to blame.

The decrease has become so drastic – hitting lows not seen since the 1940s – that it is affecting commercial shipping, electricity generation, fishing, tourism as well as the provision of water for drinking and irrigation.

The effects even extend to the changing of topographies, soil and the mineral composition of the river's water.

Experts are baffled as to whether this is part of a natural cycle or the result of climate change.

The Parana is linked to the Guarani aquifer – one of the largest underwater freshwater sources in the world – and runs for more than 4,000 kilometers (2,500 miles) through Brazil, Paraguay and Argentina.

It merges with the Paraguay and Uruguay rivers, forming the Rio de la Plata before emptying out into the Atlantic Ocean. Along the way, it splits into several arms and forms the Parana Delta wetlands in Argentina, feeding many agricultural plains.

"The Parana is the largest, most biodiverse and the most important socio-productive wetland in Argentina," geologist Carlos Ramonell, a professor at the National University of the Littoral in Santa Fe, told Agence France-Presse (AFP).

While the main branch of the river continues to flow, in its network of irrigation channels "only 10% to 20% have water, the rest are dry," said Ramonell.

"People have mentioned Brazilian dams, deforestation and climate change as causes, but from a scientific point of view we cannot say. Obviously it is due to a lack of rains, but what provoked that?"

The navigable part of the Parana is vital for landlocked Paraguay and Bolivia.

"It's not been possible to sail the Parana since April. Goods have to be transported by land to the Paraguay River, which quadruples the cost," Juan Carlos Munoz, director of the Paraguayan riverboat owners association, told AFP.

Some 4,000 barges, 350 tug boats and 100 container carriers were waiting for the river level to rise.

The rainy season is still three months away.

In May, Brazil exceptionally opened its dams to allow hundreds of barges to pass downstream, but the river level has since dropped too low.

Bolivia's soybean exports and diesel imports have been affected.

That has reduced by half the electricity generated by the Yacyreta hydroelectric plant that spans the Parana river between Argentina and Paraguay. The plant supplies 14% of Argentina's electricity.

"Last year we thought we'd hit rock bottom, but this year it got worse," said Marcelo Cardinali, a manager at the plant.

The low water level has affected the ability of fish to reproduce, leaving streams cut off from the main river by sandbanks and blocking off lagoons where they would usually lay their eggs.

"Added to the stress suffered by the biotic system due to being cut off, is the water's increasing saline content," said Ramonell.

The dried-up streams have exposed piles of trash, while cattle have started grazing on the weeds that appear at the bottom of empty lagoons.

"With the dropping water level, all the chemicals – mercury, lead – are concentrated on the shore. When the water returns, the fish that suck mud will die. We're going to see an enormous impact," said Ana Pirkas, a resident in Goya, a city in Corrientes province that has seen its fishing tourism sector disappear.

A weekend fishing ban has been put in place to protect the river's 200 fish species.

"Since the dams were built, the river has changed a lot," said fisherman Ramon Acuna.

Gone are the tarpon – at the base of the Parana fish pyramid – that Acuna's father used to fish.

"We cannot discount the possibility that the dropping water level is just a natural variable," said Ramonell, pointing to similar cycles a century ago, when there were no dams, deforestation or global warming.

Who, or what, is to blame is a question yet to be answered.