David vs Goliath: The battle over cruise ships in Venice continues 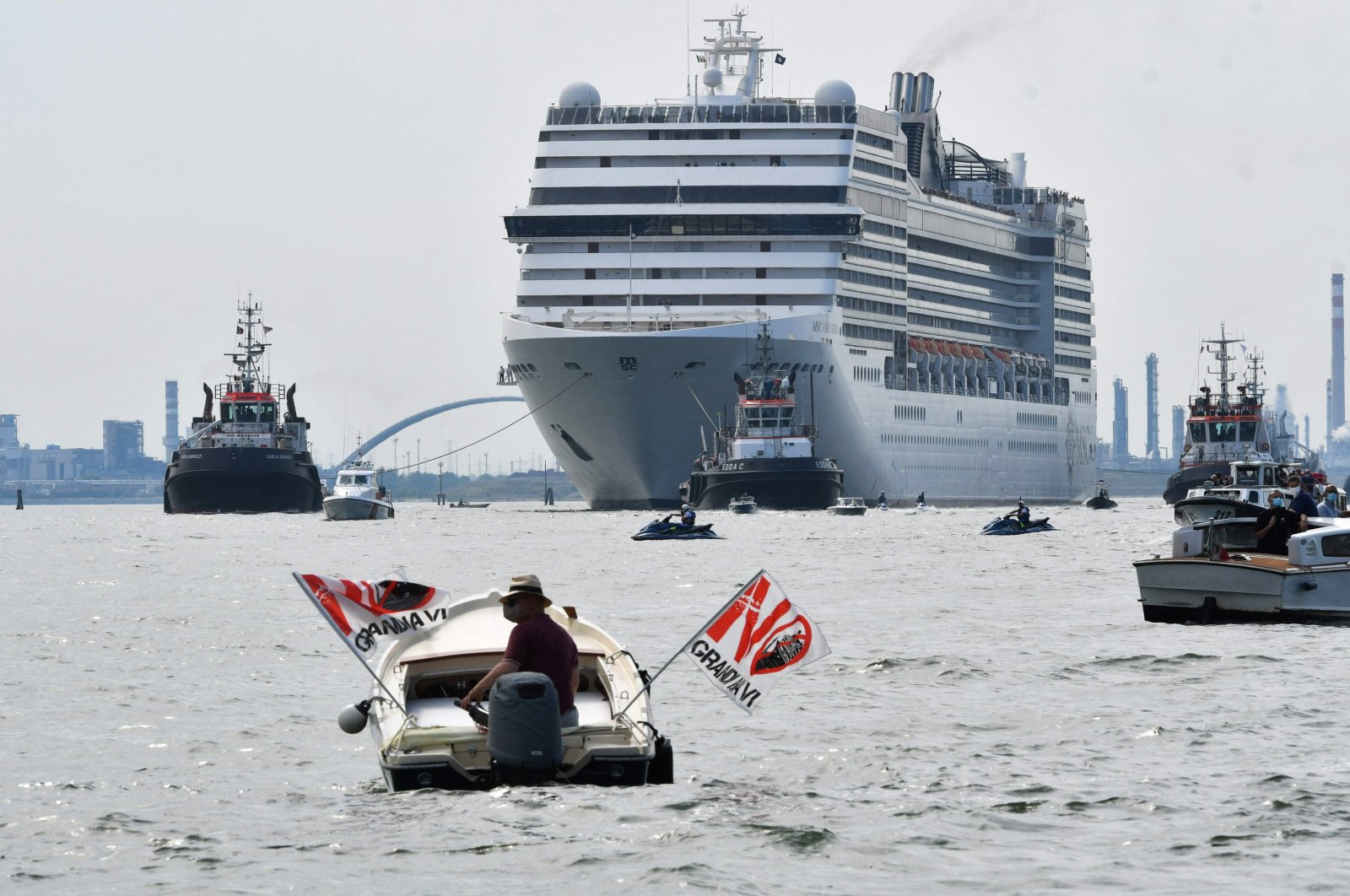 Environmental protesters from the "No Grandi Navi" (No Big Ships) group (L), demonstrate aboard a small boat against cruise ships in the lagoon, as the MSC Orchestra cruise ship leaves Venice across the basin, Venice, Italy, June 5, 2021. (AFP Photo)
by Reuters
Aug 02, 2021 10:10 am

After more than 18 months, Venice welcomed the first cruise ship to return to the historic city of canals in June. However, it was not with open arms. As the vessel sailed to Venice, it also reignited the ire of local residents and environmentalists, who had formed a small armada of wooden boats and an army of flags in protest.

A few weeks later, the government seemed to listen, announcing that, to defend Venice's ecosystem and heritage, cruise liners would be banned from the lagoon starting on Aug. 1.

The move ended years of political hesitation, apparently putting the demands of residents and culture bodies above those of port workers and the tourism industry.

"For us, it's a big victory," Tommaso Cacciari, a member of the “No Grandi Navi” (No Big Ships) campaign group, told Reuters. "Many compared us to David against Goliath."

But the battle may not be over.

While campaigners worry about pollution and erosion in a city already in peril from rising seas, port workers hit by months of lockdowns fear for their livelihoods.

"It was a very huge blow, I felt awful," said Antonio Velleca, who has worked for a baggage handling co-operative for cruise ships in Venice for 15 years.

"I felt I had lost the certainty of my life," he added as he peered through the locked up gates of the partially closed terminal.

Ships over 25,000 tons will be banned from the shallow Giudecca Canal that leads past Piazza San Marco, the city's most famous landmark. Cruise liners typically weigh at least four times as much.

The future remains uncertain. Rome has passed legislation numerous times in the past to limit liners' access to Venice, but an alternative docking point is not yet ready.

The government wants to fast-track a docking station at the industrial port of nearby Marghera, but there are no signs that this will be completed soon.

Jane da Mosto of the “We are here Venice” group that focuses on environmental and social projects, welcomed the ban on cruise liner "monsters" but feared it was not a long-term solution.

Filippo Olivetti, managing director of the Bassani group that provides port and tourism services, said Venice could not survive without cruise ships.

"It's just crazy for a port and an area that made its fortune on port activities, on maritime traffic. They are going to become just a little bit more than a small marina," he said.