Floods in Europe were more intense due to climate change: Study 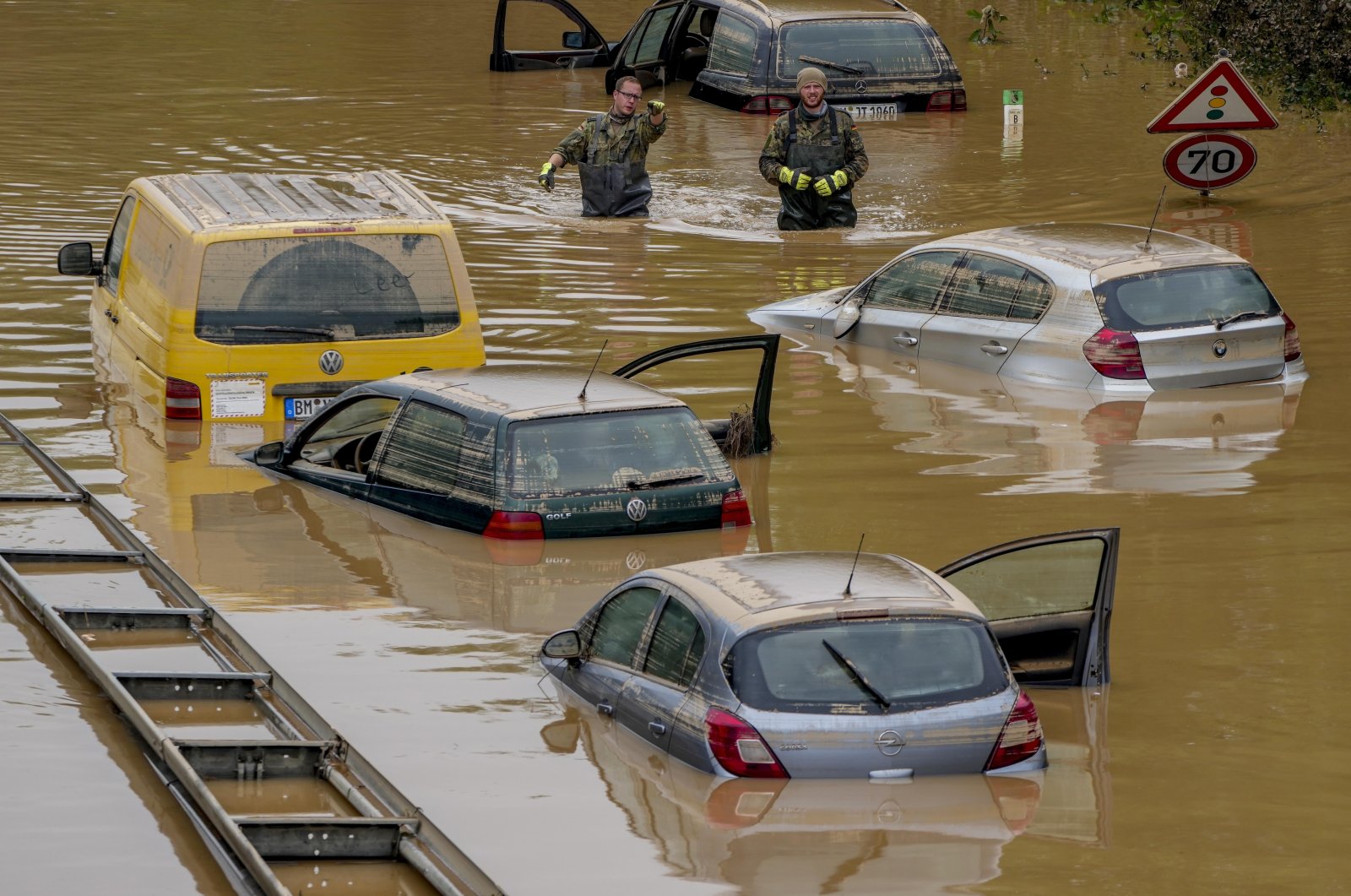 According to a new study published Tuesday, climate change made the devastating floods that hit parts of Germany and Belgium last month up to nine times more likely and more intense.

At least 190 people lost their lives in severe floods that pummeled western Germany in mid-July, and at least 38 people perished after extreme rainfall in Belgium's southern Wallonia region.

To calculate the role of climate change on the rainfall that led to the floods, scientists analyzed weather records and computer simulations to compare the climate today – which is around 1.2 degrees Celsius (2.16 degrees Fahrenheit) warmer due to human-made emissions – with the climate of the past.

They focused on one- and two-day rainfall levels and found that two particularly hard-hit areas saw unprecedented precipitation last month.

In the Ahr and Erft regions of Germany, 93 millimeters (3.6 inches) of rain fell in a single day at the height of the crisis. The Belgium region of Meuse saw a record-breaking 106 mm of rain over a two-day period.

They calculated that the floods were between 1.2 and nine times more likely to happen in today's warmed climate, compared to a scenario where no climate warming had occurred since the pre-industrial era.

Such downpours over Germany and the Benelux region are now between 3-19% heavier because of human-induced warming, according to the study, organized by World Weather Attribution.

Friederike Otto, associate director of the University of Oxford's Environmental Change Institute, said that the floods showed that "even developed countries are not safe from severe impacts of extreme weather that we have seen and known to get worse with climate change."

"This is an urgent global challenge and we need to step up to it. The science is clear and has been for years," he explained.

By analyzing local rainfall patterns across Western Europe, the authors of Tuesday's study were able to estimate the likelihood of an event similar to last month's floods occurring again.

They found that similar events could be expected to hit any given area about once in 400 years at current warming levels.

This means several events on the scale of the German and Belgian floods are likely across Western Europe within that timeframe, they said.

The scientists said that they focused on rainfall in this study as river level data was missing after several measurement stations were washed away in the floods.

Van Aalst said the study should be a "wake-up call for people."

"The increase in risk that we found in this study is something we need to manage about flood risk management, about preparedness, about early warning systems," he told journalists.

"Sadly, people tend to be prepared for the last disaster," he noted.