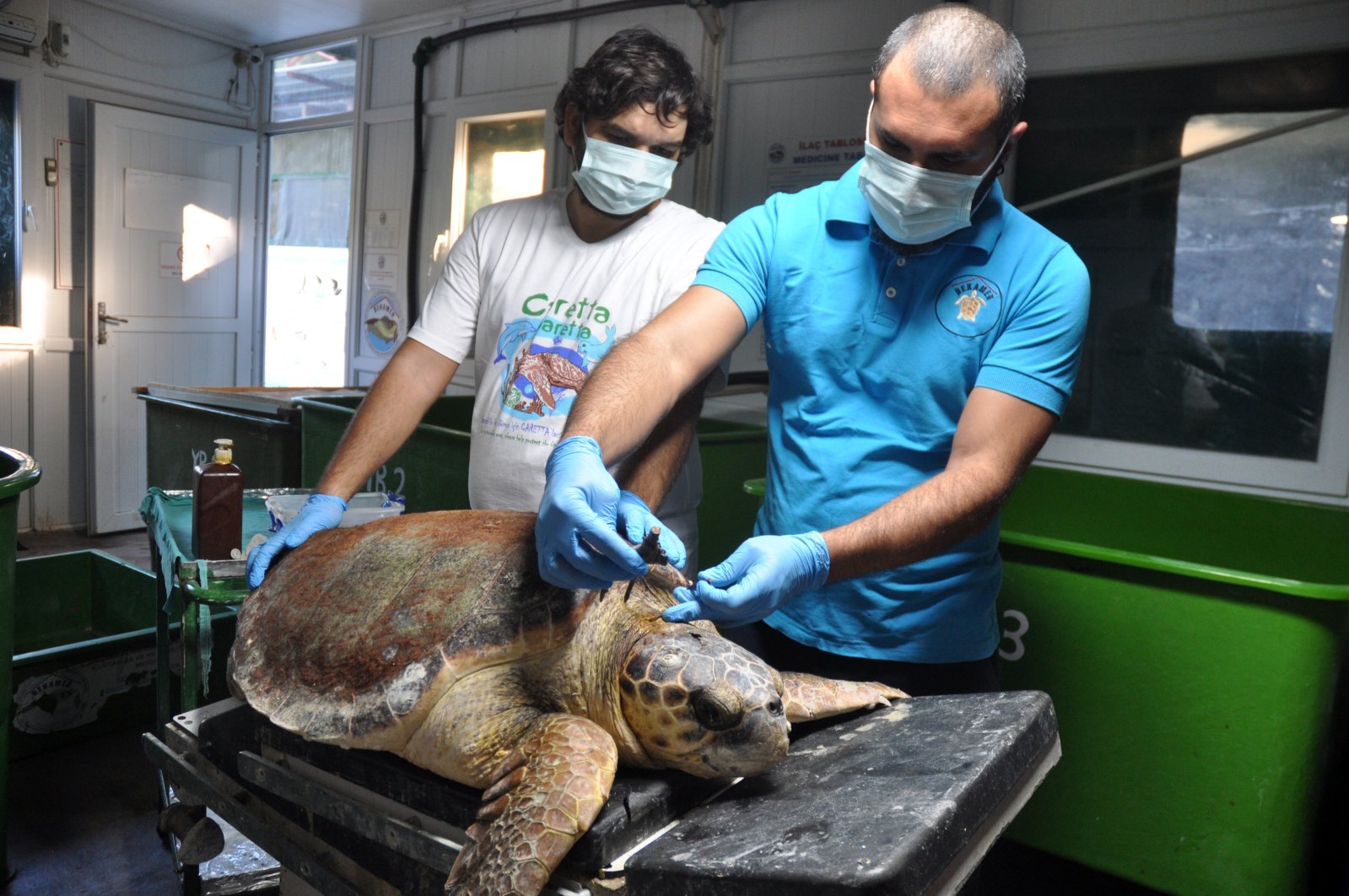 Thanks to empty beaches amid the novel coronavirus pandemic, Caretta caretta sea turtles coming to nest on southwestern Turkish shores suffered fewer deaths and injuries this year, while record hatchlings made it to the Mediterranean Sea.

Rehabilitated in the care of the Sea Turtle Research, Rescue and Rehabilitation Center (DEKAMER), the endangered turtles were released into their natural habitats at the world-renowned Iztuzu beach in the Muğla province.

While various measures have been taken by the center, protection efforts including night patrols have been put in place along the beach during the turtles' nesting season.

The center's officials said the beach was plunged into silence amid the precautions against the coronavirus outbreak at certain times over the year.

The officers also said there had been a significant increase in Caretta caretta nesting sites thanks to the efforts at Iztuzu Beach, adding that the number of injured turtles had also decreased.

The most important reason for the fall in injuries and deaths was the limited human presence in the sea and on the beaches this year.

A total of 423 injured sea turtles have been brought, mainly from the coast of Muğla, since the center was established in 2008.

Based near Iztuzu, one of the best Caretta caretta conservation and nesting spots in Europe, DEKAMER has been treating injured sea turtles since 2008.

Some 227 of these turtles were released back into their natural habitats after being treated.

While 63 injured Caretta carettas were brought to the center in 2019, this number dropped to 49 this year. Of these, 22 returned to the water after treatment.

Also, the number of nesting and breeding has increased in 2020. The research center reported a record number of 757 nests at Iztuzu Beach. A total of 53,018 eggs were laid in these nests, 36,746 of which hatched, according to data by DEKAMER.