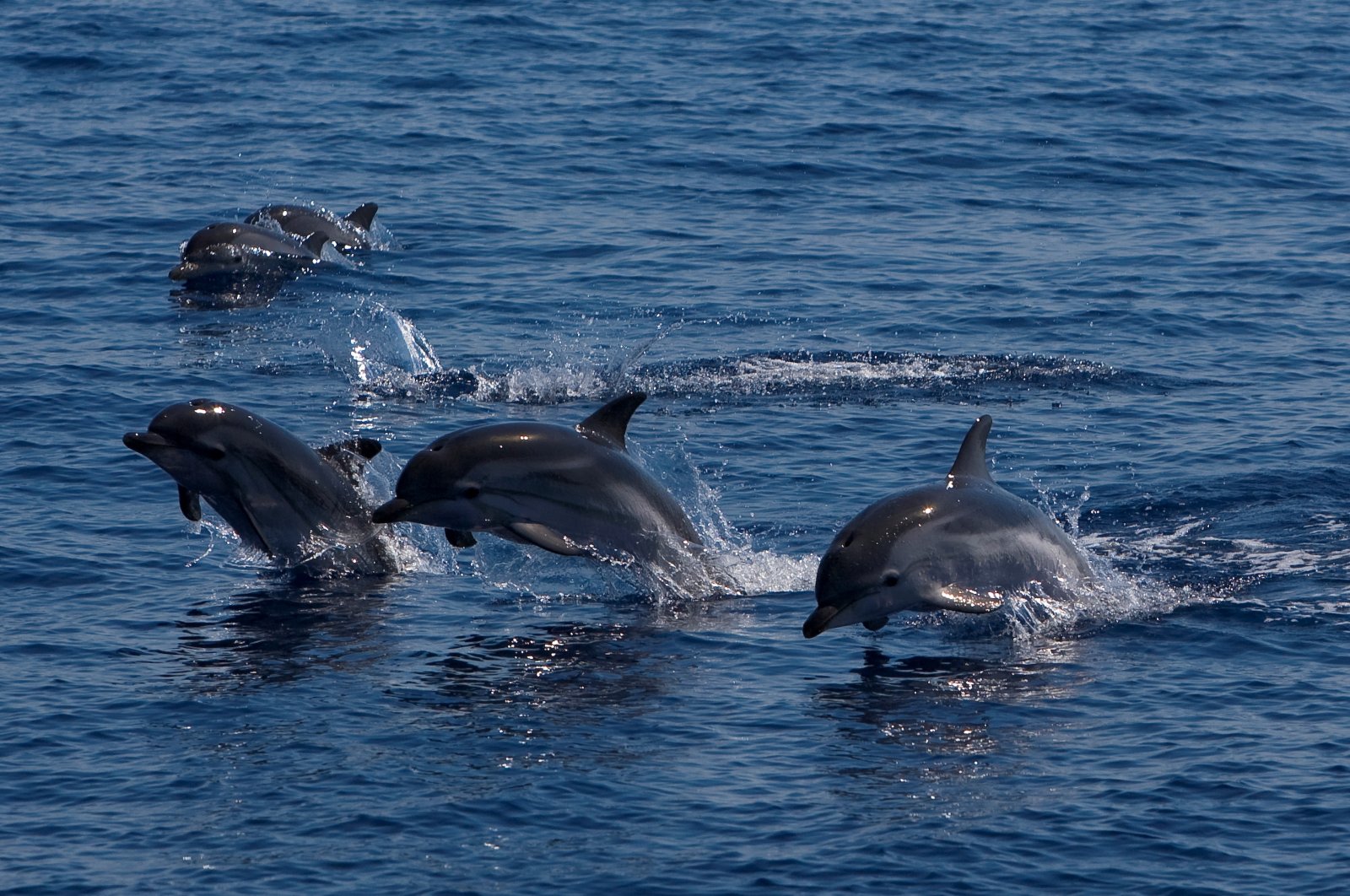 A group of dolphins swim near Capraia island in the Tyrrhenian Sea, Tuscany, Italy. (Getty Images)
by Daily Sabah with DHA Apr 23, 2021 11:36 am
RECOMMENDED

After two years of in-depth analysis, a survey long in the making has recently been published. The study reveals that the Mediterranean Sea and the Black Sea are home to more than 800,000 whales and dolphins.

The survey, conducted jointly by the 24 signatory countries of the Agreement on the Conservation of Cetaceans of the Black Sea, Mediterranean Sea and contiguous Atlantic area (ACCOBAMS), spent 2018 and 2019 gathering data on marine life, including dolphins, whales, sea turtles, rays, sharks and sea birds, while also examining marine pollution.

More than 100 scientists analyzed the data, gathered thanks to 10 carrier ships and six research vessels under the “ACCOBAMS Survey Initiative,” a program that has taken more than five years to finish, with its first fieldwork beginning back in 2016.

The project aimed to learn more about the cetacean populations made up of the 14 subspecies of whales and dolphins, with 11 in the Mediterranean and three residing in the Black Sea, and to come up with accurate estimates on their abundance and distribution.

The study said that measuring the populations of organisms was necessary “to inform and implement conservation actions and to evaluate the effects of management,” particularly in the Mediterranean and Black Seas.

The project saw the first large participation survey of marine megafauna in the Mediterranean and the Black Seas, using visual and acoustic tracking and surveying equipment. The study also assessed the abundance and distribution of protected species and evaluated the efficacy of 20-year protection efforts of countries.

From Turkey, the Turkish Marine Research Foundation (TÜDAV) supported the project by providing logistical assistance and participating with its researchers. TÜDAV Vice Chairperson Arda Tonay stated that it was “a joyous day for marine researchers.”

Tonay, who is an associate professor at Istanbul University's Department of Hydrosciences, said that the study's day of publishing was the finale and conclusion to a “long run.”