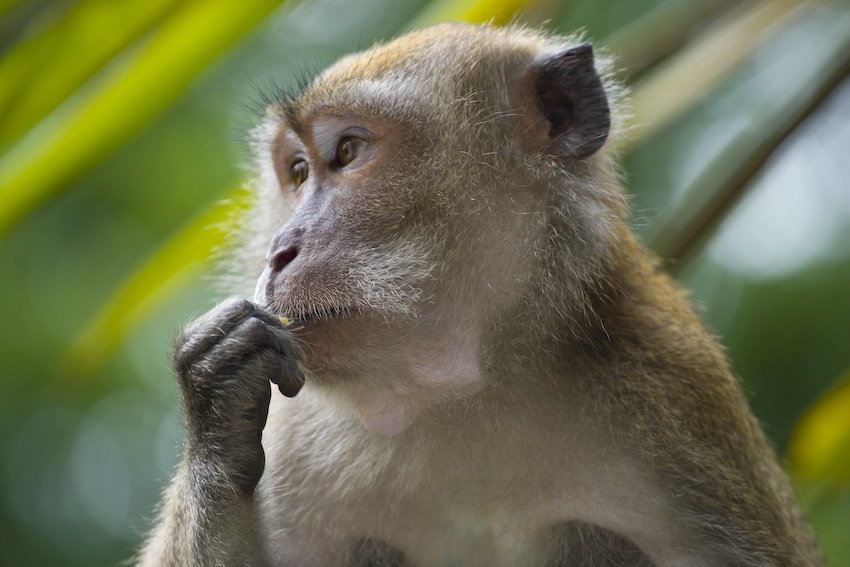 More than 100 long-tailed macaques were discovered by Thai wildlife authorities after the vehicle they were being transported in was stopped trying to leave the country on Saturday.

The pickup truck was intercepted on Thursday at a checkpoint while on its way to a Thai province bordering Cambodia, transporting 102 macaques in blue mesh bags that were stashed together in various plastic baskets.

Thailand is working to reduce the wildlife trade to curb the risks of future pandemics. The Ministry of Natural Resources and the Environment created a campaign with the motto, "Stop disease and extinctions: Never eat, buy, hunt or sell wildlife.”

The monkeys – which are also known as crab-eating macaques – could be seen struggling and gasping for air when authorities found them, according to video footage provided to Reuters by the Department of National Parks, Wildlife and Plant Conservation (DNP).

Thai veterinarians have set up a field hospital, equipped with ultrasound scanners and breathing tubes, to treat 80 of the macaques. Four were in critical condition while 18 did not survive, authorities said.

Some of the monkeys were pregnant.

"The monkeys were exhausted and dehydrated for a long time. Some of them had respiratory problems because of overcrowding during the smuggling operation," the department's head vet Pattarapol Maneeon said.

The driver of the truck was being detained for wildlife smuggling.

The man told local media that he was hired for 3,000 baht ($96) to drive the truck to the border and that he was not aware there were monkeys in the back of the vehicle.

Wild macaques roam free in many parts of Thailand, attracting tourists who feed and play with the animals. Over the past year, food has become more limited with the decrease in holidaymakers, leading to escalatingly wild monkey behaviors.