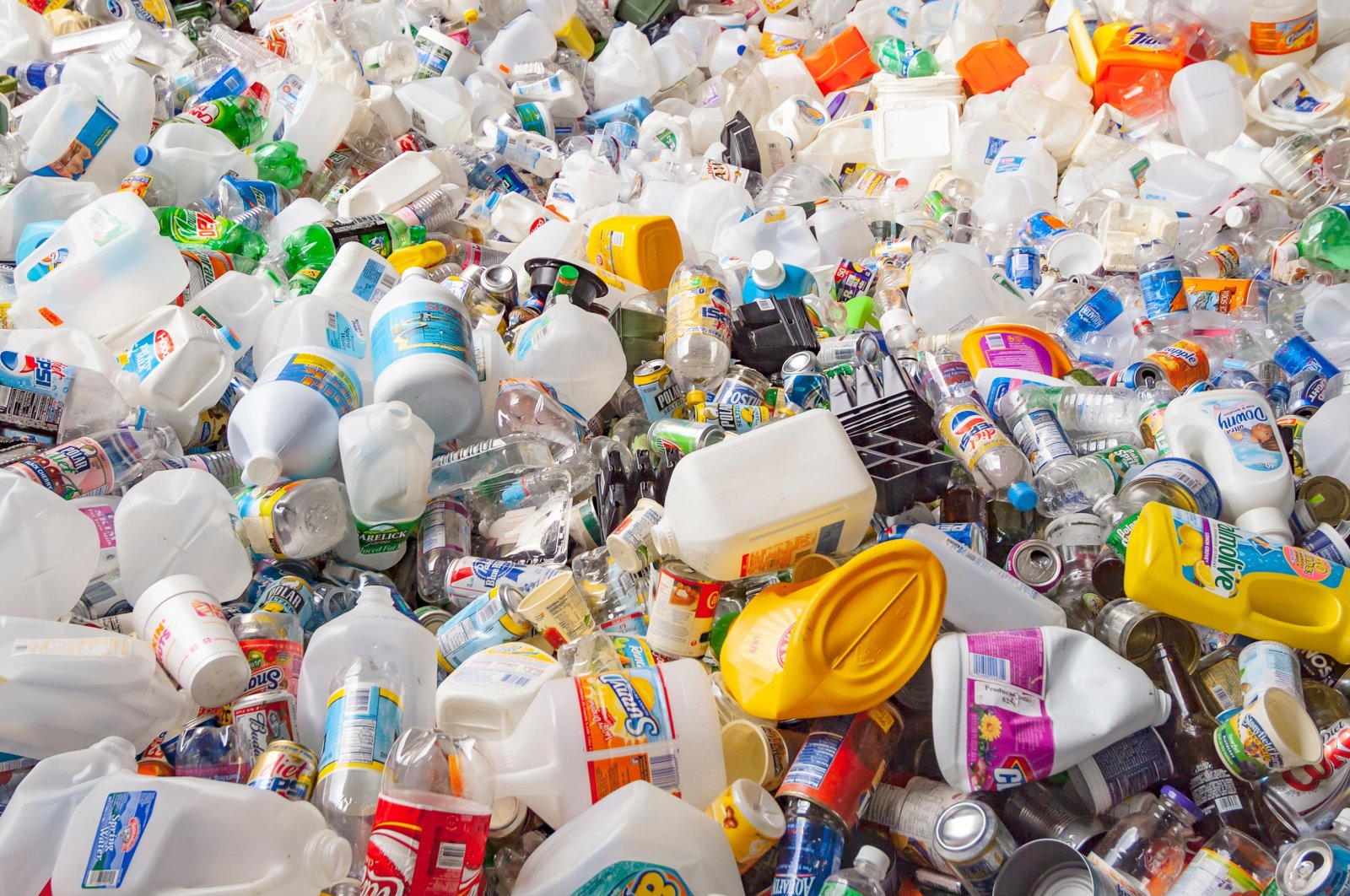 Turkey removed polymers such as plastic bags and styrofoam cups from the waste products that can be imported into the country. (Alamy Photo)
by daily sabah with afp May 19, 2021 1:22 pm
RECOMMENDED

After a public outcry over images that showed illegally dumped and burnt trash along roadsides, Turkey on Tuesday banned the import of polymer waste.

A notice from the Trade Ministry published in the government's Official Gazette removed polymers such as plastic bags and styrofoam cups from waste products that can be imported into Turkey.

The vast nation of 84 million people has turned into a prime destination of European waste.

A report published by Greenpeace this month said Turkey has turned into the main recipient of British waste after China banned the import of many types of plastic in 2017.

The Trade Ministry's notice gives companies 45 days to complete customs procedures for waste that was already in transit but had not yet reached Turkey.

The notice gave no other details but is effective from the day it was published.

Polymers are the synthetic building blocks of the material used to make everything from plastic bags to food wraps and bottles. They are also used in non-stick surfaces such as Teflon.

Richer nations are scrambling for places to dump their trash after China shut its doors to most imports.

Turkey's decision has the potential to radically reshape the global recycling market, but Greenpeace says Turkey has a notoriously poor recycling record.

"Almost 20% of the plastic waste entering the Mediterranean Sea each year – an estimated 110,000 tons – comes from Turkey, with only Egypt contributing more," the report by the environmental organization said.

"In 2019, Greenpeace Mediterranean tested fish in Turkish waters and found that almost half contained microplastics."

The issue gained added attention in Turkey after Agence France-Presse (AFP) and other media found illegally dumped plastics visible in several sites in the southern province of Adana.

Recycling firms in Turkey have defended the rise in imports.

They argue that waste plastic allows the reuse of material that otherwise clogs landfills for decades.

However, Turkey has also launched many projects to curb climate change and also to reduce the country's waste and increase recycling.

Four years ago, Turkey launched the ambitious Zero Waste project to introduce recycling to the masses and raise awareness about the increasing pollution. The country has saved tons of plastic and made its seas cleaner, with thousands of buildings, residencies and companies having implemented recycling into their waste disposal policies.

The program aims to promote the efficient use of the planet's finite resources, aiming to curb and even eliminate waste by separating it at the source for recycling. The Zero Waste policy was first launched at the Beştepe Presidential Complex and went into effect in various government ministries over the course of 2017, later spreading to the municipalities and a number of private companies and specific public institutions, including schools and hospitals. By the end of 2019, 25,000 public buildings had switched to the zero waste system. Aside from the environmental benefits, the project looks to save the country around TL 20 billion ($2.37 billion) annually and create jobs for 100,000 people by 2023, according to projections.