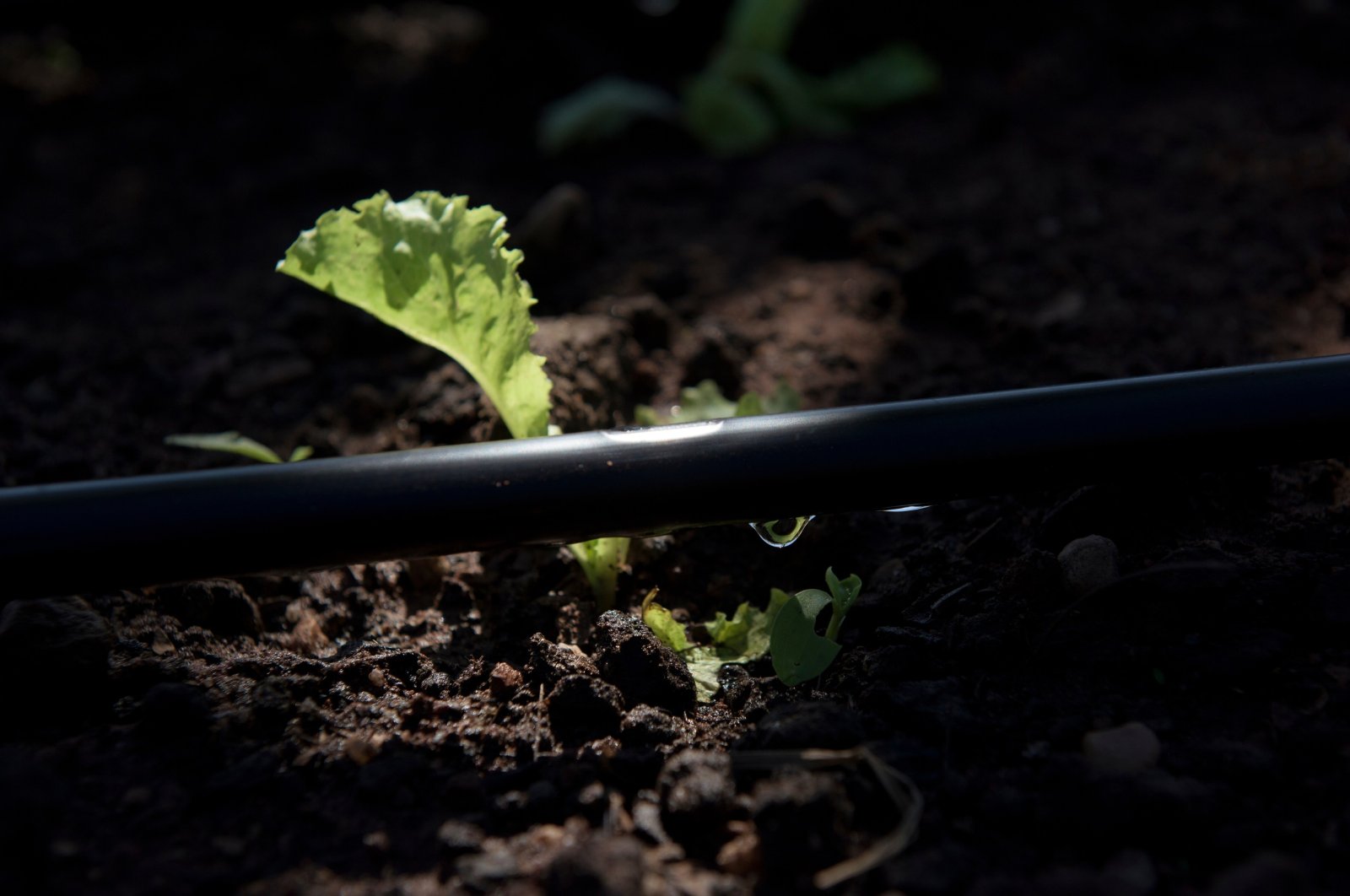 A close-up of a garden belonging to the Municipal School PA Sapiquá being irrigated with rainwater that is collected on the school grounds in Mato Grosso, Brazil. (Courtesy of WWF Turkey)
by DAILY SABAH Mar 22, 2021 3:13 pm
RECOMMENDED

An increasingly arid future faces Turkey if it doesn't get a handle of its water consumption soon, and it runs the risk of being classified as a water-scarce country by 2030, the World Wildlife Fund for Nature (WWF) Turkey said in a statement issued on the occasion of March 22 World Water Day.

Worrying statistics show that water per capita has decreased by 18% in the last 20 years in Turkey, with current measurements showing that it falls between 1,000 to 1,700 cubic meters. According to the Falkenmark Index, also called the "water stress index," Turkey can be classified as a country experiencing water scarcity. To make matters worse, projections for 2030 say that this amount will fall further in line with the rise in population, which is expected to reach 100 million, with only 1,120 cubic meters of water being available per person.

WWF Turkey said one of the biggest obstacles the country faces is that water shortage is still measured by dams' fill rates, stressing the need to urgently adopt a different approach regarding water management in the face of a growing climate crisis.

"There is a misconception that if there is enough water in the dams, there will be no problem. However, in the last 20 years, the amount of water per person has decreased by 18%, falling from 1,400 to 1,700 cubic meters," it said.

The current total water consumption in Turkey is 54 billion cubic meters per year, 73% of which is used by the agricultural sector, 16% by households and 11% for industrial processes.

When the amount of water that goes to waste in our water distribution networks amounts to 50%, or in other words, half of the water leaks out and gets lost on the way to consumers, there are things we can do to reverse this, said Aslı Pasinli, WWF Turkey's general director.

From transitioning to more efficient water usage systems in agriculture and industrial processes to adopting necessary financial mechanisms, there are many steps to take, she said.

Although municipalities could implement measures such as conserving rainwater and wastewater recovery, there are many measures we, as individuals, can take to lessen this loss such as being more aware of our water consumption habits, she added.

"Most importantly, we must clearly understand that if we do not protect nature, which is the source of our water and through which water passes through to reach us, we will not have water either."

The NGO said that 1.1 billion people worldwide lack access to clean water and as a result of unhygienic conditions caused by drought and 2 million people, most of which are children, die every year. By 2025, two-thirds of the world's population may be confronted with water scarcity.

Uğur Bayar, WWF Turkey's board chairperson, believes it is possible to stop this negative trend and turn things around.

Underscoring that rivers and wetlands were sources of life that we are rapidly losing, Bayar said 84% of freshwater species had gone extinct since 1970 across the globe.

"The climate crisis cannot be fought with the infrastructure of the 20th century. Water comes from nature, not from taps. As the climate crisis is right at our doorstep in this century, we have to adopt and implement methods for water management that will ensure more effective protection of our water sources, rivers, wetlands and groundwater."