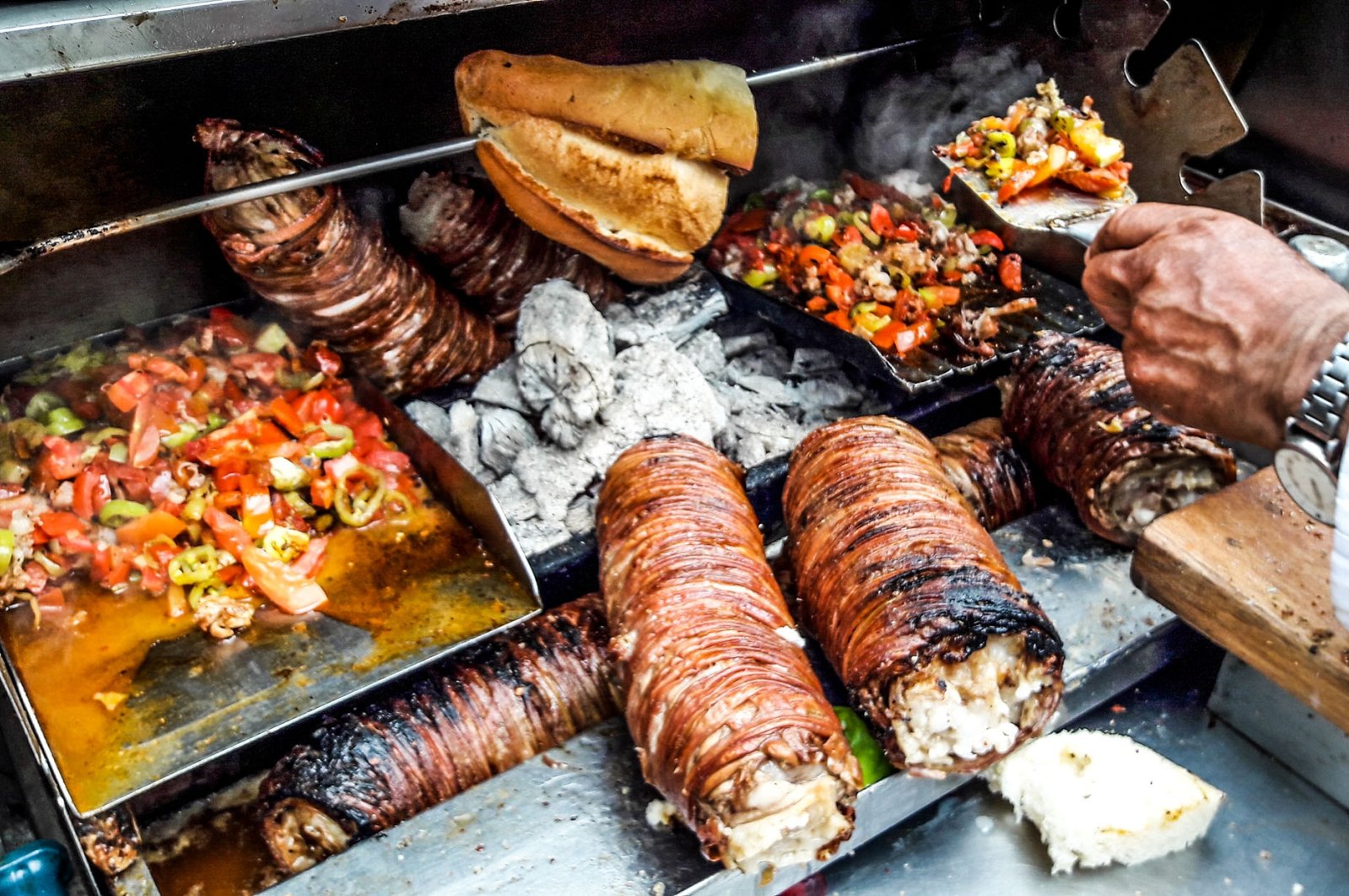 Kokoreç is one of the most divisive foods in Turkish society. (Shutterstock Photo)
by Ayla Coşkun Mar 21, 2021 1:15 pm

This bunch may look rather unappetizing and even a bit nasty, but if there's anything you should take away from this list its that you shouldn't judge a dish by its looks

Every cuisine in the world has its own weird dishes and Turkish cuisine is no exception. From chicken in a pudding to stuffed dishes that look like peculiar organs, there are quite a few in fact. While they may be strange looking and sound unappetizing, looks can be deceiving, and their taste is more than enough to convince you.

Here are 10 Turkish foods that you should not judge by their cover:

These stuffed sheep’s intestines are a specialty in the southeastern region of Turkey, especially Gaziantep, known for its many delectable dishes that they frequently celebrate with gastronomy festivals.

The “dolma,” meaning “stuffed (something),” looks like a sausage and is full of ingredients that work well together: rice, garlic, onions, tomatoes and seasoning. If it wasn’t for the intestine itself used as a casing, it could have been a rather innocent dish. To make this dish, first, the intestine is cleaned out thoroughly with lemon juice and vinegar (as well as lots of water, naturally) and then stuffed with this spicy filling. After it is cooked in boiling water, it's served with a garlicky sauce.

For some, this is the ultimate street food, yet it is also another food that incorporates animal intestines. You won’t be able to find this dish in every restaurant but rather stalls or specialized eateries. You'll know if they have kokoreç if they have a horizontal rotisserie. The intestines used in this dish usually come from lambs but what makes this dish so delicious is the seasoning. Combined with the slow roasting on an open fire, it gives the meat a rich flavor, and the spices add a kick. When there is even the mention of it, you should put aside your worries and give it a try because kokoreç makes you happy.

Literally meaning “wet hamburgers,” these are the Turkish version of sloppy joes. Like kokoreç, you won’t find these in regular restaurants but are sold on the streets. The shops usually have a small glass box facing outside where you can see the burgers steaming up the glass in their garlicky, tomatoey goodness. The most popular are the ones sold on Taksim Square at the start of Istiklal Avenue. They are not the prettiest looking burgers but they sure do make up in taste.

This soup might be roughly translated as “head and leg” soup because that’s what they are usually made of: the head and hoofs of the animal. Not many people make this soup at home because the smell can be quite strong and linger for weeks, but many all-nighter restaurants offer these for truckers and night owls.

Due to their reinvigorating properties, this soup, as well as its sister "işkembe çorbası," namely tripe soup, are in high demand as they can boost your immune system, especially during the pandemic.

Made from tripe, one of the stomachs of cows, this soup definitely is not the best smelling when being made. But it is very popular after a night out on the town and revered as the cure for a hangover. For centuries, Istanbul has been housing specialty shops that only sell this delicacy, and the tradition lives to this day.

This stuffed abomasum, the fourth stomach of sheep and lambs, looks rather suggestive and phallic. It is a specialty of the southern province of Adana.

Filled with chopped meat, rice, onions and paprika, this dish contains many spices such as pepper flakes, oregano and cumin, among many others. As with "mumbar dolması," these are cleaned thoroughly first and then stuffed and cooked in water.

Literally meaning “chicken breast,” this is a sweet pudding but contains chicken, which is rather savory. This dessert made it into our top weird recipes to cook in quarantine list but while the name here is Turkish, the origins of this dessert date back quite a bit, and are far, all the way to Rome. A similar pudding used to be made in the same manner but it underwent many changes by Europeans over the centuries. It is now known as “blancmange” in France and “panna cotta” in Italy. But not to worry, while it does have chicken pieces inside, it is hardly noticeable in its taste and is rather creamy.

The people of the Black Sea have a thing for hamsi, the Turkish anchovy, so it was only natural to find them in many dishes. In fact, the region even has a "hamsi" dessert, made of sugary syrup and various fruits, a dish I have not yet added to my repertoire despite being from the Black Sea.

Hamsikoli though, is quite widespread and is essentially a pancake but with anchovies. Some like to make it akin to bread but that is a matter of taste. To make it, you need to filet the fish, add lots of leeks, onions and dill for flavor, not to mention the staple cornmeal. It is also similar to mücver, and you can either bake it or fry it in a pan.

Continuing the theme of phallic foods, these are literally the testicles of a ram. There are many ways to prepare these but usually, the less is more approach applies. The “eggs” (yumurta) are skinned and after they are washed, they are left to dry. Once completely dry, they are cut into smaller pieces and sauteed in butter, seasoned with red pepper flakes or other spices to your liking.

Çiğköfte shops all around Turkey and even in many other countries have one thing missing in their recipe: raw meat. The original recipe of this “raw köfte” dish required minced meat to be kneaded together with bulgur and seasoning for a good hour or two with lots of spices, and consumed there and then – making it semi-safe to consume. But considering the health risks of raw meat, the selling of the authentic çiğköfte was banned. Having had a chance to taste the original, I can only say that the difference in taste is not as big as some want to claim and is not worth the risk. So go ahead and make your vegetarian version.