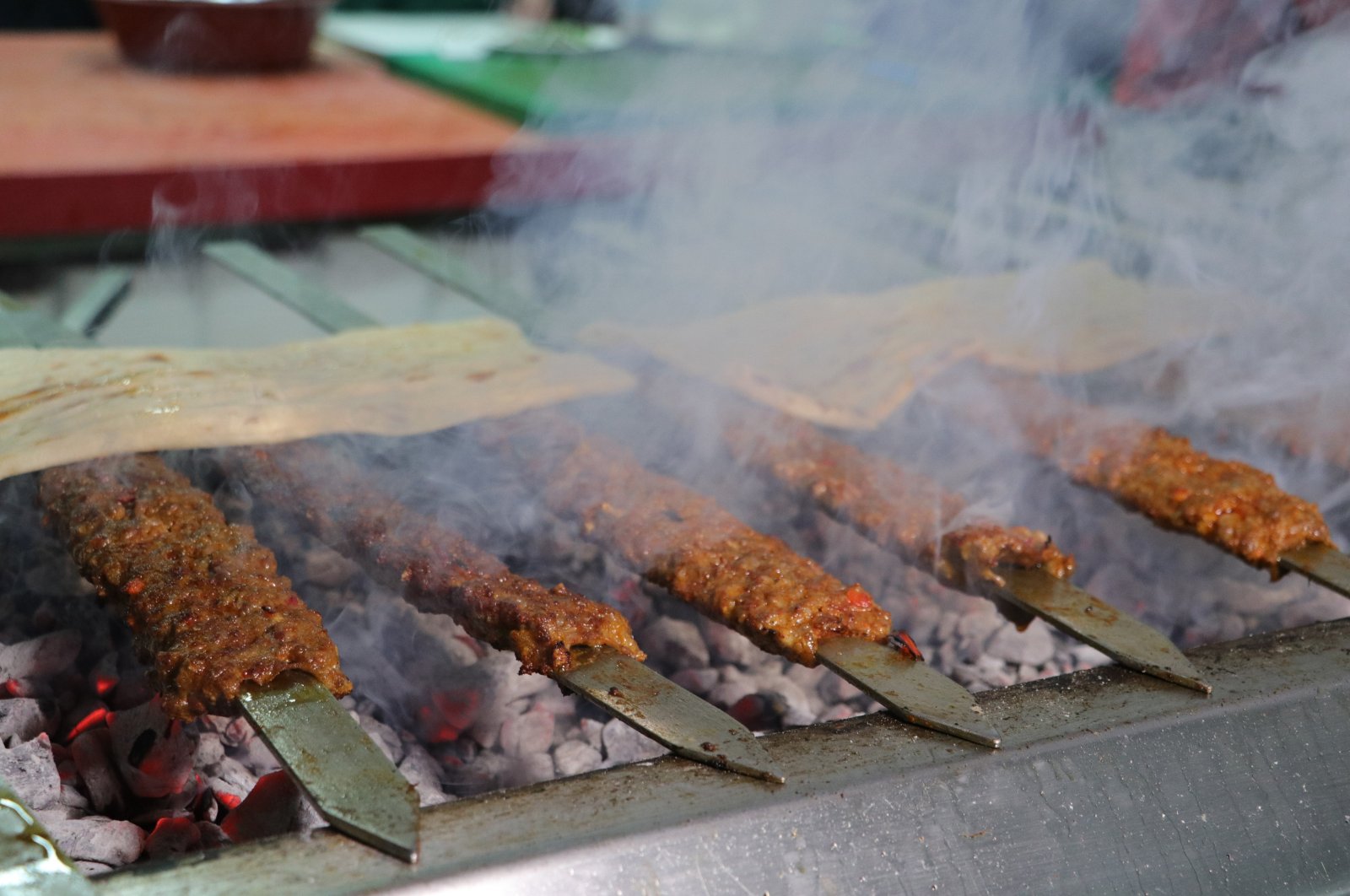 World-renowned online food site TasteAtlas has announced its awards for 2020 in a list called “The Best Traditional Food in the World," and the traditional Turkish dish of Adana kebab, named after its origin city in southern Turkey, has been ranked among the top three dishes in the world.

Adana kebab is usually made with hand-minced lamb meat and tail fat. The kebab is cooked by pressing the meat onto iron skewers and grilling it on an open mangal, a traditional Turkish barbecue filled with burning charcoal.

In a statement to mark the occasion, Adana Chamber of Commerce Chairperson Atila Menevşe told Çukurova Radio, of Turkey's national broadcaster Turkish Radio and Television Corporation (TRT), they were proud that their city's trademark dish received such an honor.

“This award is valuable for our city and our country. As the Adana Chamber of Commerce, we had registered Adana kebab years ago and received a geographical indication, and now to see this, we are elated,” he said, adding that Adana is a city rich in gastronomy.

Menevşe said they are continuing efforts to promote Adana's unique traditional and historical cuisine. “We have a wealth of tastes in our city that has been passed down from our ancestors. It is important to preserve and promote these riches. We continue our works in this regard, on the national and international stage, without slowing down,” he said.

Menevşe also remarked that kebab is not the only unique flavor in Adana's catalog and they are working to showcase others as well. “We are trying to create a brand for our city and provide benefits to its economy. Adana kebab is a taste and jewel known and wondered about around the world, not just in Turkey. We are striving to polish this jewel and others like it, and to raise them to their deserved heights,” he said.

Menevşe touched upon the global COVID-19 pandemic and its impacts on food-related businesses as well. The pandemic has significantly affected the social and economic lives of people around the world, and restaurants have been impacted as well, Menevşe said. However, he remained hopeful, saying he believes the food sector will gain back its losses as the pandemic starts to fade away.