COVID-19 booster shots: Will everyone need to get it? 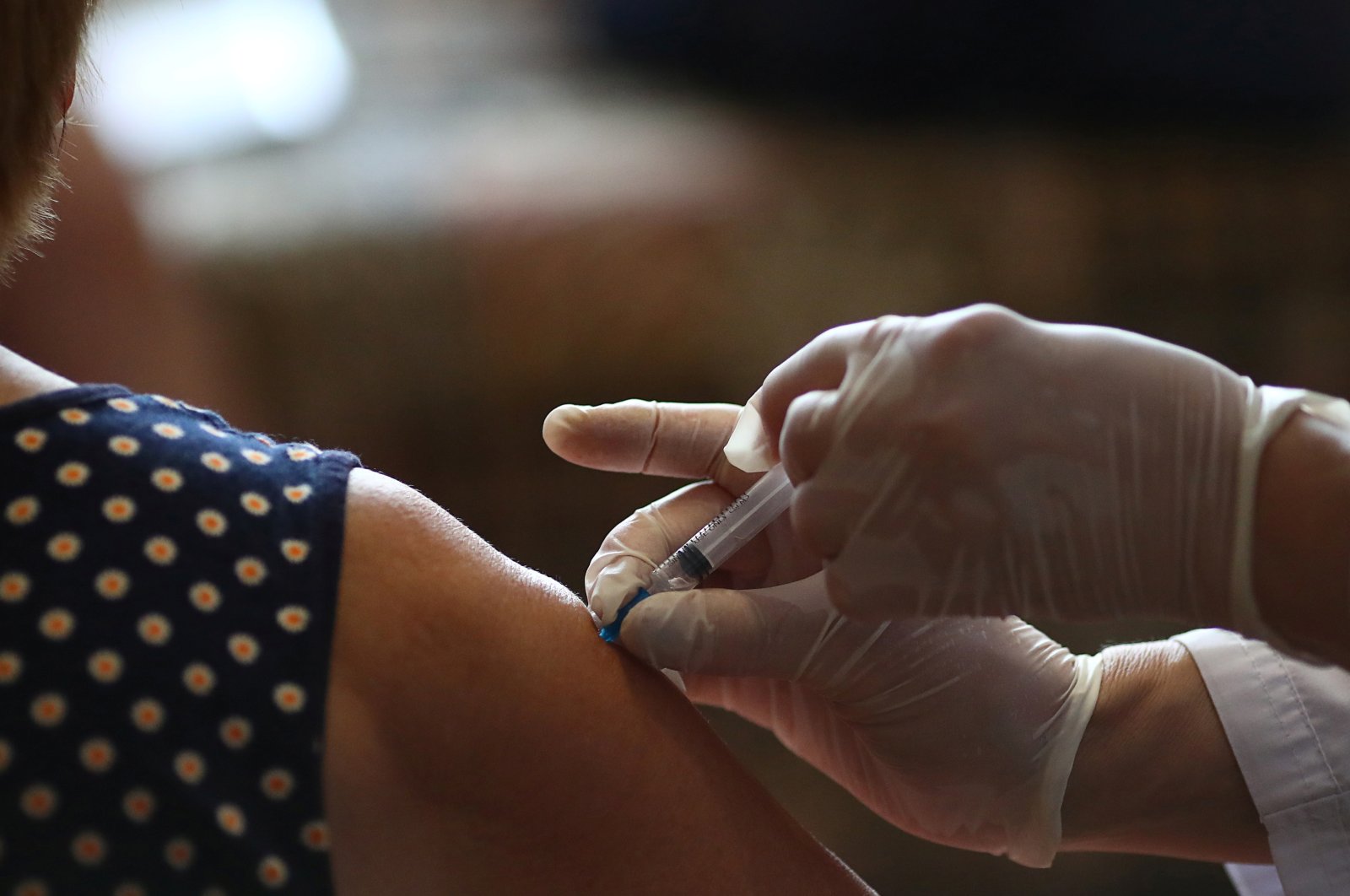 Local resident Nadezhda Dudkina receives a dose of a vaccine against the coronavirus at her home in the village of Loznoye in Volgograd region, Russia June 27, 2021. (Reuters Photo)
by German Press Agency - DPA Jun 28, 2021 9:02 am
RECOMMENDED

Amid the massive vaccination campaign across the world, many questions about the immunity against COVID-19 remain unanswered.

To make matters murkier, it's also unclear just what a booster shot would have to accomplish, should it become necessary.

If scientists discover that immunity to the coronavirus starts to wane months or years after vaccination, a booster could be deployed to extend that immunity.

If a new variant emerges that is impervious to the immunity offered by our current vaccines, a booster would be required to broaden our protection to include this new foe.

Unfortunately, scientists are already seeing evidence that the immunity provided by our initial vaccines will not last forever.

In a study published Wednesday in the journal ACS Nano, scientists found that people lost an average of 90% of the antibodies they developed within 85 days of receiving the second dose of vaccine.

A similar drop was seen in those who had been infected with the virus.

"It happened to everybody, regardless of circumstances, and it suggests that at some point antibodies will drop to a level where there is not a sufficient amount to be protective," says Dr Otto Yang, an infectious disease specialist at the University of California, Los Angeles, who led the work.

"That's why a booster would be needed."

But before you freak out that your vaccination will become moot three months after you got it, keep in mind that scientists don't know if the attrition of antibodies will continue at the same rate, or what levels of antibodies are needed to provide protection from the virus.

"The vaccines generated a vast excess of antibodies compared to what's needed," Yang says. "Even 10 percent of the original antibody level is probably a lot."

He also cites other studies that have shown vaccines are still offering excellent protection six months after a person was inoculated.

Dr Kawsar Talaat, associate professor of international health at the Johns Hopkins Bloomberg School of Public Health, discusses the state of COVID-19 boosters and how scientists will determine when and if they are needed.

Q: Do you think we're going to need booster shots?

A: We don't have the data yet of how long immunity will last, because the vaccines are so new. But they are really good vaccines and induce a really good immune response, and an even better memory response.

A: Some vaccines induce both an immediate immune response and a memory response. When the cells that fight the infection are generated, some become short-lived cells called effector cells that make antibodies, and some become memory cells.

Memory cells live a long time and protect you even after those effector cells are gone. If the virus enters the body, they say, "I know what this is," and spin off and divide to make new effector cells to fight the infection.

Q: What about needing a booster that's targeted to a variant?

A: What we've seen so far is that two doses of vaccine work very well against the (current) variants. Eventually, we could have a variant that the vaccines don't protect against, and then we'd want to make a vaccine for that variant that would be a booster.

But instead of focusing on giving fully vaccinated people additional doses, we should use our vaccines to vaccinate more people and prevent the development of variants.

Q: Why do some vaccines require periodic boosters and others just need one or none?

A: Different vaccines act differently. Some do a better job of creating a memory response than others.

Also, the longevity of the immune response to vaccines varies. Ninety percent of us are protected essentially our whole lives from measles after getting that vaccine. The second dose is not to boost the immune response but instead to capture half of the people who didn't respond to the first vaccine.

On the opposite end, the flu vaccine does not induce a good memory response, so the immune response to the flu vaccine is short-lived. Even if the strains didn't change every year you would need another shot.

Q: How will scientists determine if we do need booster shots for COVID-19?

A: We're going to be looking at the antibody response and memory response of people who participated in the vaccine trials. I volunteered for one of the studies and I go back periodically and they take my blood and measure my antibody response. They'll keep following me for two years and collecting that data.

Q: What about breakthrough cases?

A: We know breakthrough cases do happen, so we'll also be monitoring them to understand who gets them and what variants they have. If we see an uptick of breakthrough cases in populations that are fully vaccinated, that would be cause for concern because either immunity has waned or there is a variant that has escaped.

Q: If we don't even know whether COVID-19 boosters will be needed, why is there so much discussion about them?

Some of it is that we have to think about variants and plan ahead for that. And there is some question about whether immunocompromised people or the elderly will need boosters because their immune system is waning.

But mostly, I think there is a lot of concern, but there is no data that says we need to be concerned.