Do you need to do antibody test before your COVID-19 booster shot? 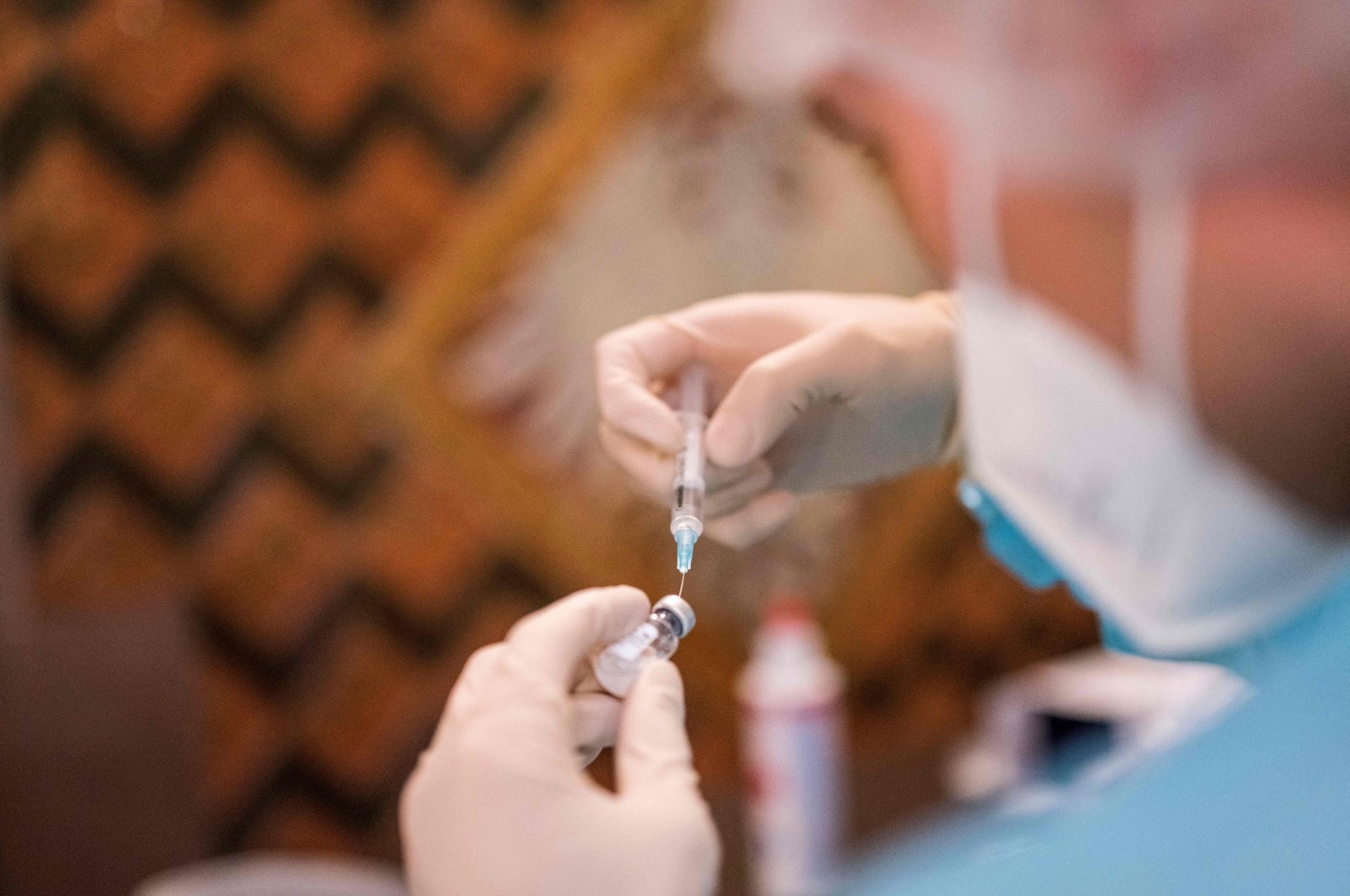 A medical worker fills a syringe with a vaccine against COVID-19 in Frankfurt am Main on Nov. 23, 2021 during an event where people in need are offered the vaccination and a meal. (AFP Photo)
by German Press Agency - DPA Nov 24, 2021 9:14 am

Your level of protection against the coronavirus greatly improves after a booster vaccination – that much is clear.

Nevertheless, many people are currently asking themselves: Do I really need the third shot? Maybe I still have enough protection from the previous vaccination?

If you're asking yourself this, then you might be thinking about taking an antibody test to help make the decision for or against the booster. But experts believe that this is only useful to a limited extent. Why? We've answered important questions on this topic.

What are the benefits of a booster vaccination?

A booster jab will quite literally "boost" your immune system's ability to respond to any infection with the Sars-CoV-2 virus.

But the term "booster" is not quite correct, says immunologist Carsten Watzl, as the vaccination is more restoring something that has been lost.

Indeed, the booster will not only restore your level of immunity. It even goes beyond and delivers better protection than you had after the second vaccination.

That also makes sense, says Watzl. Because every time the immune system comes into contact with the pathogen or the vaccine, the immunity becomes stronger, better and more durable.

Should I take an antibody test before the booster?

The reasoning seems to make sense: You want to know how high your protection is from previous vaccinations. Based on that, you'll be able to tell if you really need the booster jab or not.

But he also makes it clear that it makes no sense to recommend these tests across the board. However, for those who are susceptible to infections or generally immunocompromised, such a test may provide important information on how well the vaccinations have worked.

And yet not all experts think an antibody test makes sense before a booster jab. For one thing, scientists haven't agreed on what level of antibodies can be assumed to guarantee sufficient protection. That means you may well still be left with a feeling of uncertainty after the antibody test.

What does the result of an antibody test tell you?

An antibody test usually checks for so-called anti-spike antibodies (IgG) that are formed as a result of the vaccination, according to Bobrowski.

If you're getting such a test, then it's important that the testers give you meaningful and comparable results. This is done with a standard from the World Health Organization, given in BAU/ml (BAU = Binding Antibody Units).

However, there are no safe limits for the BAU/ml value at which a person is still considered protected, as Watzl notes, who believes it's not necessary to find out your antibody count before getting a booster jab.

Are there any estimates of how little is too little?

Yes, there are. "Below a value of 21.8 BAU/ml, there is no measurable protection by anti-spike antibodies," says Bobrowski. "Above that, however, there is a large grey area where it is not really known when the protection is sufficiently good," he says, referring to data from his own laboratory and from Israel, among other sources.

"In my estimation, a value of 500 is high enough that you don't need a third vaccination immediately," the laboratory doctor said. Anything above 1,000 BAU/ml can be considered good protection, he said.

This coincides with what Carsten Watzl has said after looking at studies on this subject. "Antibody values above 1,000 BAU/ml seem to correlate with quite good protection against symptomatic infection."

Is it bad if you brush up despite high antibody levels?

No, according to the Robert-Koch Institute, the scientific body spearheading Germany's pandemic response. However, many people "mistakenly" assume that a booster should not be administered if the antibody level in the body is high due to basic immunization.

Even if you still have some level of immunity, there are no safety concerns with regard to the booster. The protection only gets better.

And what if the values in an antibody test are very low?

The discussion about these antibody values is about whether or not they deliver protection against symptomatic infection, writes immunologist Watzl.

"Protection against severe disease can still be high." Therefore, his advice: Don't panic about low antibody levels, but do make a booster appointment if you can.

What does the antibody test cost?

In most places these tests aren't covered by health insurance or government subsidies, so you have to cover the costs yourself. However, antibody tests that check the effect of previous vaccinations typically cost less than a PCR test.

Does it make sense to mix vaccines when boosting?

Yes, but not always to the same extent. Those who received their basic immunization with one of the vector vaccines from AstraZeneca or Johnson & Johnson will often receive a different type of vaccine as a booster anyway, which, according to the data available so far, gives the immune protection an enormous boost.

If the first two vaccinations were given with an mRNA vaccine, many people now ask themselves: Should I switch to the other manufacturer for the third shot – i.e. first BioNTech and now Moderna or vice versa?

Here, preprint research from the U.S. shows that a mixture – such as basic immunization with BioNTech and booster with Moderna – does indeed produce small differences in the booster effect.

Given this data, it appears to be irrelevant which mRNA vaccine you use for your booster, says Watzl.

Experts usually recommend an interval of six months between immunization and booster. Do you have to wait that long?

Theoretically, you can vaccinate earlier. According to Watzl, anything between four and eight months is "probably okay" for people with healthy immune systems.

People with a severely weakened immune system can already get their third dose after 28 days, according to the Stiko's recommendation. This also applies to all those who received the Johnson & Johnson vaccine as their first vaccination.