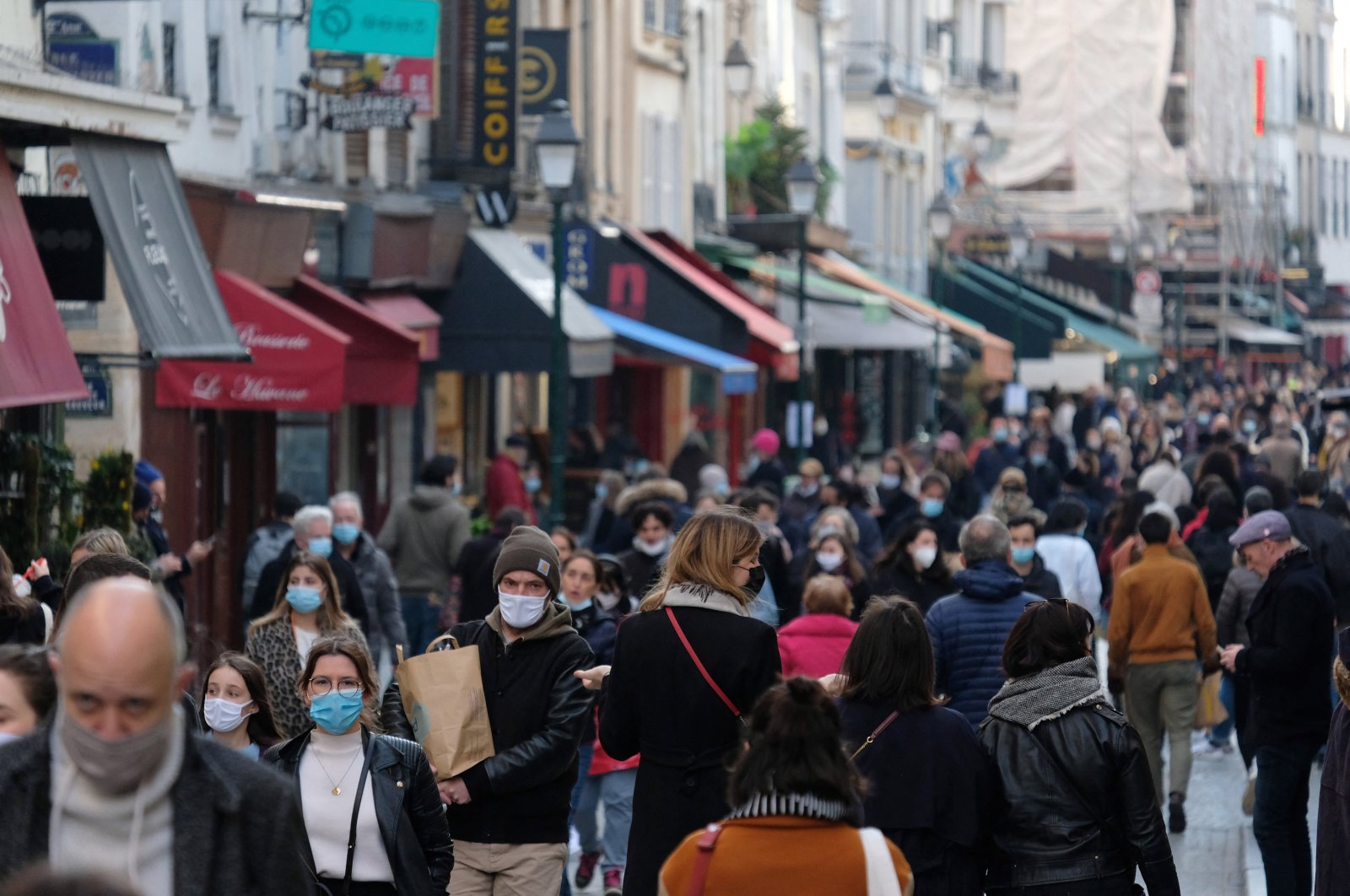 A crowd of people walk through a shopping strip on the first weekend of the third lockdown against the COVID-19 pandemic, as several parts of France enter a new partial lockdown. Paris, France, March 20, 2021. (Reuters Photo)
by French Press Agency - AFP Mar 22, 2021 9:30 am
RECOMMENDED

Europe could have herd immunity against COVID-19 by July, a European Union commissioner has said, as incoming jabs are expected to speed up the continent's sluggish vaccine rollout.

"Let's take a symbolic date: by July 14, we have the possibility of achieving immunity across the continent," Thierry Breton, the EU's commissioner for the internal market told French broadcaster TF1.

"We're in the home stretch because we know that to beat this pandemic there's just one solution: vaccination. The vaccines are arriving," he said.

More than a third of France's population is now under renewed lockdown, while frustrations over virus curbs spilled into weekend demonstrations in Germany, Amsterdam, Bulgaria and Switzerland.

Europe's battle to prevent a deadly third wave of infections has been complicated by a patchy vaccine drive that included several nations temporarily halting AstraZeneca's shots in response to isolated cases of blood clots.

Most have since resumed using the vaccine after the European Medicines Agency found it "safe and effective".

But AstraZeneca has delivered only 30% of the 90 million doses it promised the EU for the first quarter.

Breton said he was confident more vaccines will arrive soon, with 300 million-350 million doses expected between March and June.

He added that 55 factories would now be producing vaccines in Europe.