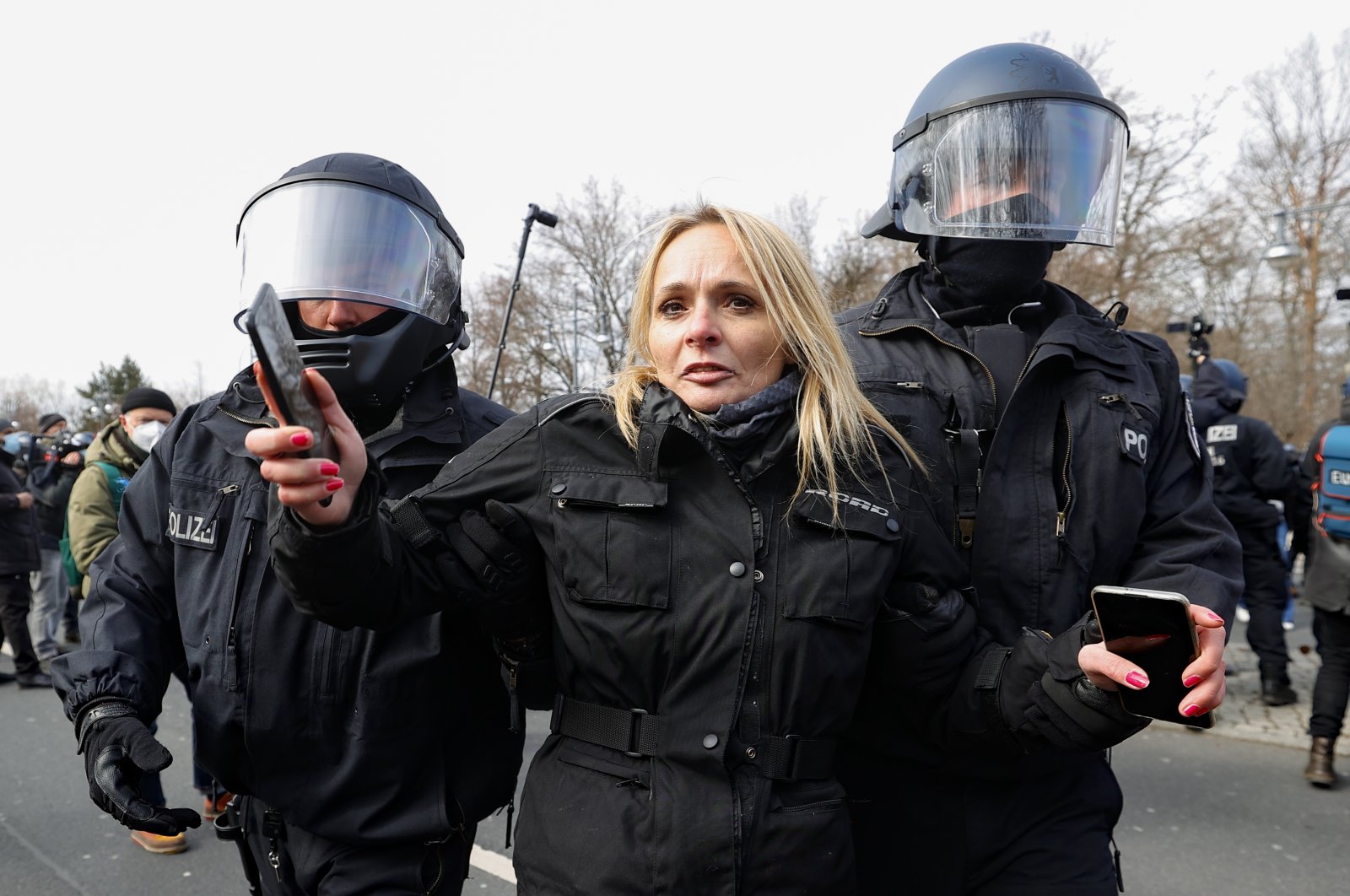 Protests against government measures to rein in the pandemic also were reported in several other European countries, including Austria, Switzerland and Finland.

Around 10,000 people participated in the protest in the central German city of Kassel, where there also were confrontations between the demonstrators and counter-protesters.

Thousands of people marched through downtown Kassel despite a court ban, and most didn't comply with infection-control protocols such as wearing face masks. Some protesters attacked several journalists, DPA said.

Federal police, who were brought in beforehand from other parts of Germany, used water cannons and helicopters to control the crowds, the news agency reported.

Police said several people were detained, but didn't give any numbers.

Various groups, most of them far-right opponents of government regulations to fight the pandemic, had called for protests Saturday in cities across the country.

Virus infections have gone up again in Germany in recent weeks and the government is set to decide next week on how to react.

Chancellor Angela Merkel said Friday Germany will have to apply an “emergency brake” and reverse some recent relaxations of restrictions as coronavirus infections accelerate.

In Berlin, some 1,800 police officers were on standby for possible riots, but only about 500 protesters assembled at the city's landmark Brandenburg Gate. Meanwhile, around 1,000 citizens came together on Berlin's Unter den Linden boulevard to protest against the far-right demonstration.

Police had to intervene when some far-right protesters tried to attack press photographers, but in general, a police spokeswoman told DPA, “there's not much going on here.”

In advance of the Berlin protests, authorities had announced they would create three special, police-protected areas where journalists could withdraw to when under attack by protesters, DPA reported. As in other countries, reporters are increasingly targeted during far-right demonstrations in Germany.

Protesters also hit the streets in other cities across Europe.

In Finland, police estimated that about 400 people without masks and packed tightly together gathered in the capital, Helsinki, to protest government-imposed COVID-19 restrictions. Smaller demonstrations were scheduled in other Finnish cities.

Before the Helsinki rally, some 300 people chanting slogans like “Let the people speak!” and carrying placards with phrases such as “Facts and numbers don’t add up” marched through the streets of the city, ending up at the Parliament building.

An Associated Press reporter monitoring the action noted members of the pan-Nordic far-right group Soldiers of Odin attending the demonstration.

In Austria, about 1,000 protesters participated in demonstrations against the government's virus measures near Vienna's central train station. Police reprimanded several protesters who were not wearing masks and remaining too close together, news agency APA reported.

In Switzerland, more than 5,000 protesters met for a silent march in the community of Liestal 15 kilometers southeast of the city of Basel, local media reported. Most didn't wear masks and some held up banners with slogans like “Vaccinating kills.”