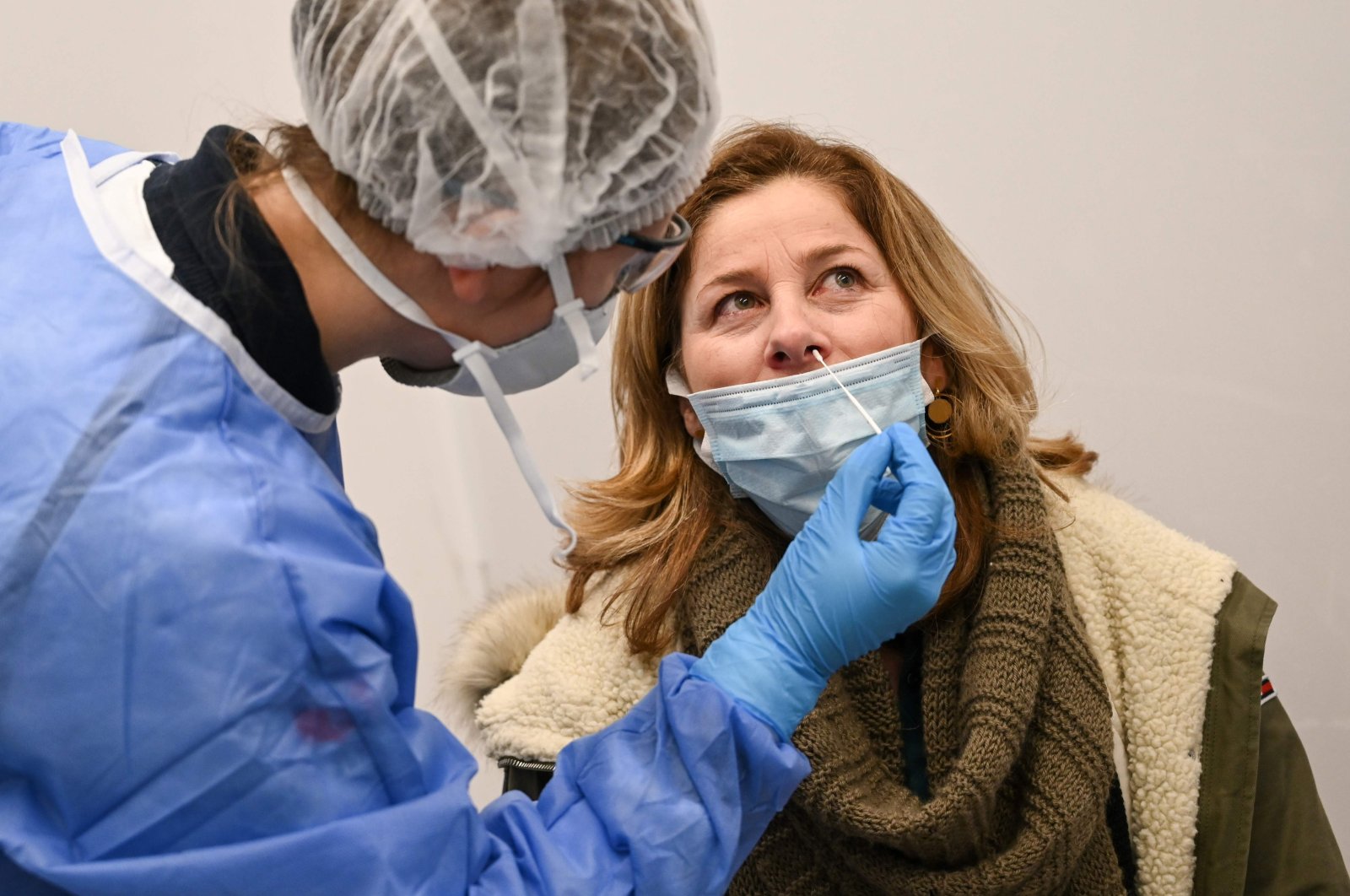 A medical worker uses a swab to perform a diagnostic PCR test for COVID-19 on an arriving passenger at a testing booth in Roissy-Charles de Gaulle Airport, north-east of Paris, France, Feb. 13, 2021. (AFP Photo)
by DAILY SABAH WITH AA Feb 19, 2021 10:18 am
RECOMMENDED

Virus variants have been scientists' main struggle while vaccine efforts started to pick up steam around the world against the global COVID-19 pandemic, and now a new strain in Finland may have mutated in a way that enables it to escape detection in polymerase chain reaction (PCR) tests, according to experts.

Helsinki-based Vita Laboratories said the variant Fin-796H was different from strains previously found in South Africa and the U.K. and that the new mutated coronavirus may not show up in PCR tests, Finland's national public broadcaster YLE reported.

"The variant was discovered in a patient last week, so details about the infectivity and potential resistance of this strain to vaccines are not yet known," Taru Meri, a researcher at Vita Laboratories, told Yleisradio Oy (YLE), Finland's national public broadcaster.

The new finding comes as the world is trying to handle several other variants, including three major ones from Britain, South Africa and Brazil. The B.1.1.7 variant, originating from the U.K., has been steadily spreading across the globe and many countries are still trying to contain it.

Meanwhile, the South African strain, or B.1.351, is posing many questions on reinfection and vaccines. The new variant from Finland's ability to escape detection may introduce new complications in the fight against the virus.

Vita Laboratories considered the discovery of the new variant significant as it may not show up in PCR tests that search for particular genetic sequences in the virus's RNA.

"The tests' inability to recognize it, meaning those mutations have occurred in the section on which the PCR test is based, is the most important information about this variant at the moment," Meri said.

The lab also noted that it was unlikely that the variant had emerged in Finland, given the country's low rate of coronavirus infection.