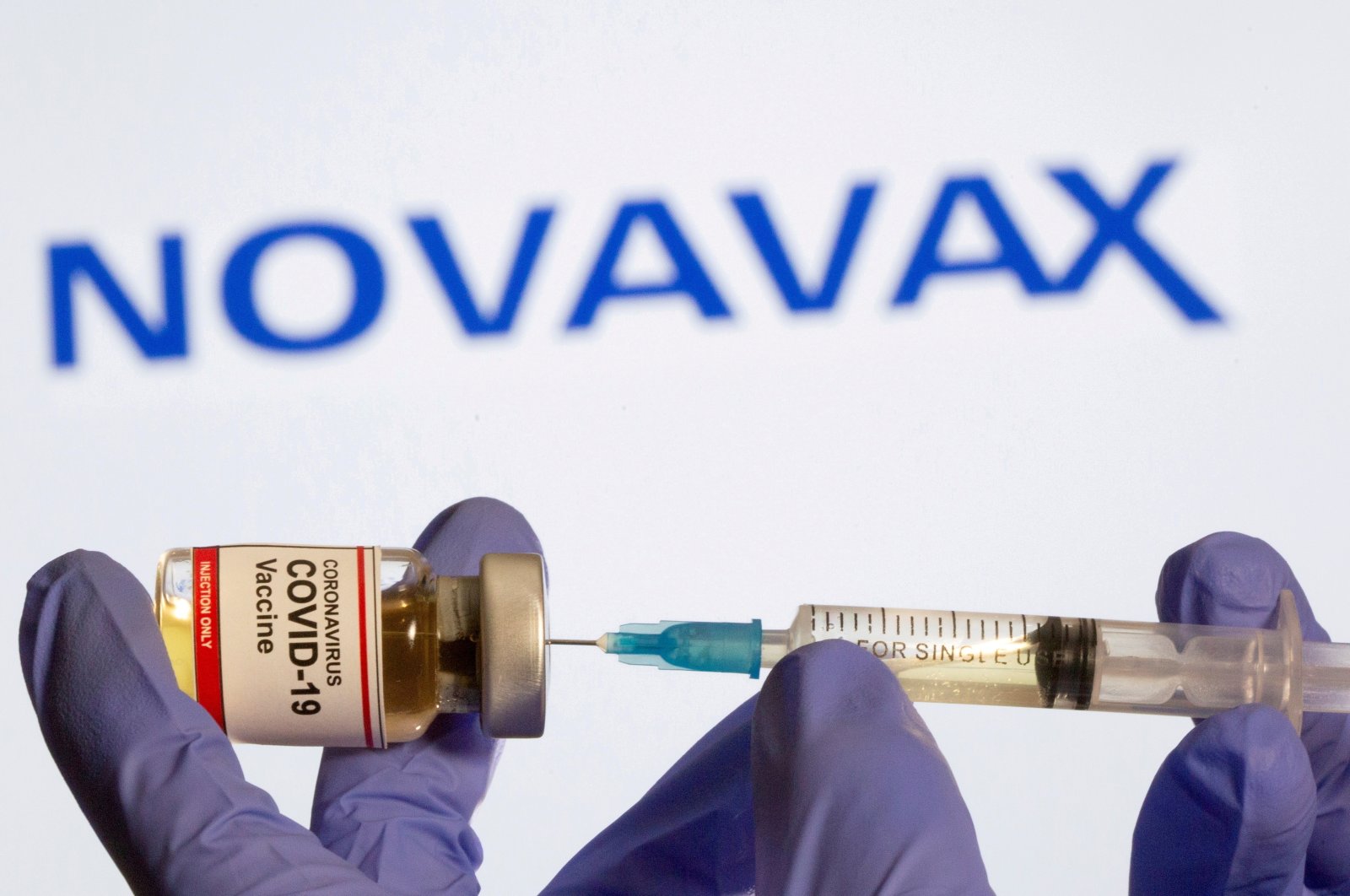 A woman holds a small bottle labeled with a "Coronavirus COVID-19 Vaccine" sticker and a medical syringe in front of displayed Novavax logo in this illustration taken, Oct. 30, 2020. (Reuters Photo)
by Agencies Nov 17, 2021 6:10 pm
RECOMMENDED

Pharmaceutical giant Novavax applied to the European Union's drug regulator for their COVID-19 vaccine, with the EU saying Wednesday that a decision will be out "within weeks."

The regulator pointed out that this is provided the data it has received from the drugmaker was sufficient to prove the shot's effectiveness.

"If EMA concludes that the benefits of Nuvaxovid outweigh its risks in protecting against COVID-19, it will recommend granting a conditional marketing authorization," it said.

If approved by the EMA, the shot would be the region's fifth coronavirus vaccine, joining those from Pfizer-BioNTech, Moderna, AstraZeneca and Johnson & Johnson.

The major approval could come much ahead of authorization in the United States, where Novavax had to resolve manufacturing issues and expects to file for approval by the end of the year.

The EMA said two of its advisory panels were looking into various plans submitted by Novavax on risk management, and development and studies of the vaccine for use in children.

Novavax's shot received its first emergency use approval earlier this month in Indonesia. The company has also sought backing from the World Health Organization (WHO). The Philippines on Wednesday authorized emergency use of a version made by India's Serum Institute.